Telltale is known as a studio that creates engaging narrative-driven games based on popular TV and film properties. Now, the studio seems interested in once again taking on another TV franchise, Black Mirror.

Telltale Creative Communications head Job Stauffer has stated that he is interested in developing a game based on Black Mirror. In an interview with PC Gamer, Stauffer admitted that the team wasn’t currently working on the game but that they would love to do something based on the popular sci-fi series:

“This is my personal take, please don’t confuse this with something that we’re actually doing, but Charlie, if you’re out there, we would, I would love to do something on Black Mirror.”

Stauffer made it quite clear that this was not an announcement of the studio’s next project but rather something he would love the team to pursue in the future.

Black Mirror is a sci-fi anthology TV series that examines what happens if technology goes awry. It would definitely be interesting to see how a studio that prides itself on its narrative experiences would interpret such a series and how successfully it would translate into a gaming experience.

Season 4 of Netflix’s techno-terror series Black Mirror is on its way. The first trailer for Charlie Brooker’s fourth season of the show has been released, with six new episodes coming soon to Netflix. 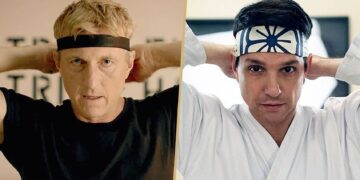