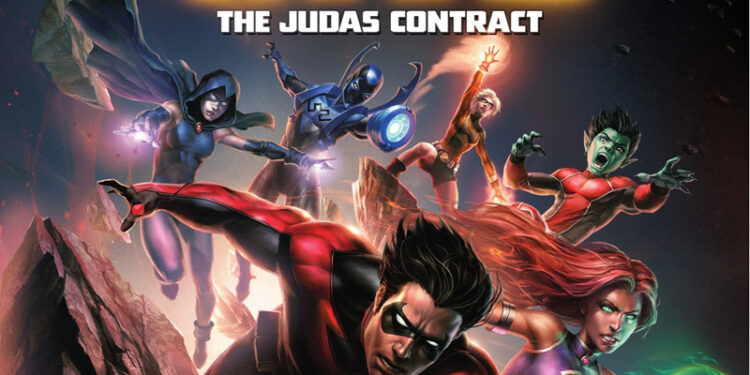 In comic books, The Judas Contract was one of the best stories of all time. Tense, shocking and ultimately heartbreaking, it was a story of trust and betrayal which pushed the envelope in countless ways. As a superhero story, it upped the stakes by creating a situation which was genuinely menacing. Yet it was the depth of the characters on display and the emotional connections between them which made it work. It’s taken years to finally bring it to the screen – not counting the must-see Terra story arc in the animated Teen Titans series –  but does the new film, Teen Titans: The Judas Contract, manage to be a worthy, accurate adaptation? Five years ago, the alien princess known as Starfire arrived on Earth and became a part of the team of sidekicks known as the Teen Titans. Now, a new generation has emerged while Starfire serves as team leader, with her boyfriend Dick Grayson – formerly Robin and now Nightwing – assisting her. But unbeknownst to them, a traitor is in their midst.

When Damian Wayne – the latest Robin – investigates, he’s soon captured by Deathstroke the Terminator. Using inside information from his spy inside the new Teen Titans, Deathstroke ambushes each member and captures them, while apparently killing Nightwing. But Deathstroke is only a hired gun, doing the bidding of cult leader Brother Blood, and Blood has plans for the Teen Titans beyond anything imaginable…

Because Teen Titans: The Judas Contract serves as a sequel to the recent JL vs. Teen Titans animated feature, there’s an understandable change in the roster of characters. Cyborg has been replaced by Blue Beetle, both Nightwing and the insufferable Damian version of Robin are present, and Wonder Girl and Jericho have almost nothing to do with this. These things are excusable and entirely understandable, although an accurate adaptation would have been preferable. Thankfully, the story itself is similar enough so that many parts are instantly recognisable to fans. That makes sense since the source material is not only strong but downright legendary. Unfortunately, the writing in this may have been able to copy the storyline but it’s missing the point of what made the original tale so strong.

There are some key components missing here, one of the biggest being Deathstroke’s motivation. Here he’s just in it for the cash, as opposed to avenging the death of his son and his subsequent potential redemption from the comic books. While another subplot in this film would have been heavy-handed, it would have served the story better as an introduction instead of focusing on the first appearance of Starfire. A bigger problem is Terra. She’s unlikeable and unsympathetic, lacking in charisma as both heroine and psychopathic villain. And since that’s the character who the story mainly focuses on, it’s a huge problem. Even the most visually shocking moment from the comic books is offered up in a surprisingly bland PG way, which seems ill-fitting since there’s also offensive language in this film.

As an adaptation, Teen Titans: The Judas Contract is average at best, with too many tweaks and changes in all the wrong places. As its own product it’s a decent, albeit uninspired, film with good animation, but suffers from sluggish pacing, flat dialogue and performances, and a lack of heart – not to mention a tacky, gratuitous cameo by Kevin Smith. This could have been something special, and it isn’t. After all these years and all the hype, the final result is sadly disappointing. 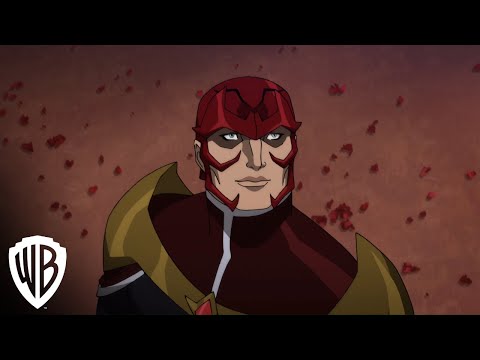