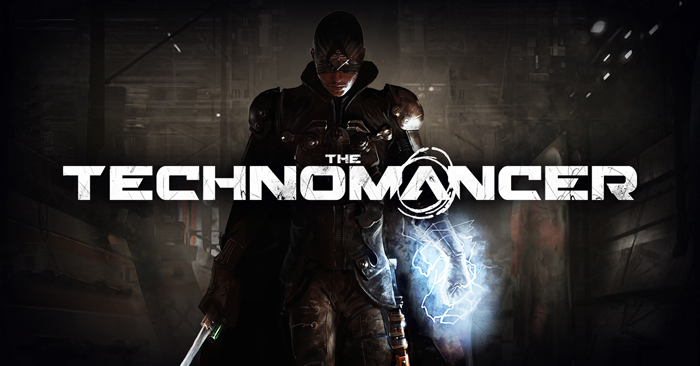 In an industry dominated by AAA titles, it is easy to forget about the smaller game studios eking out a living in-between each AAA game release. Some of the games from these smaller companies can be hit-or-miss, but discovering one that shows potential can be a great find. The Technomancer, the open-world sci-fi RPG from Spiders studios, is one such game. [dropcap]T[/dropcap]he game takes place on Mars hundreds of years after the first humans colonized it. Mars is ruled by powerful corporations that wage war with each other for control of the dwindling water resources of the planet. It’s in the middle of this conflict that players are placed in the shoes of Zachariah, a Technomancer (think electricity-wielding space wizard/Jedi) who is employed by one of these powerful corporations called Abundance.

[pullquote]Although the story might sound familiar… it does offer some interesting twists.[/pullquote]

After customizing your character using the limited customization tools, Zachariah embarks on a quest to complete his initiation ritual that will make him a fully-fledged Technomancer officer. While on this quest Zachariah learns about the secret history of the Technomancers, a secret history that the leaders of Abundance would kill for in order to learn. As can be guessed, it doesn’t take too long for Abundance to turn on Zachariah as he and his rag-tag group of allies are forced to flee the city of Ophir in search of answers. Although the story might sound familiar, as it has been done hundreds of times before, it does offer some interesting twists and turns and did manage to keep my attention throughout my playthrough.

Along their journey, players will explore various settings. These range from the expected, futuristic cities to the red stained settlements that dot the Martian frontier. Unfortunately, these landscapes are kept from being interesting due to the muted color pallet they use. Most areas are either, gray, dark gray, red or a combination of these, you do find some blues punctuating the dull pallet every now and then, but overall it does make these areas feel samey after a while. Luckily the creatures that inhabit these locations do offer some welcome creativity and variety but struggles to detract from the overall bland and technically unimpressive visuals. Voice acting in the game can range from competent to quite good, which I found surprising. Sadly, the main character Zachariah falls in the competent category as most of his lines is delivered in a dreary monotone. This can detract from the more serious moments in the game. The musical score does a good job of setting the atmosphere for each of the locations you visit, while in combat blows sound impactful and weighty.

[pullquote]Combat in The Technomancer is hard, even on the lowest difficulty.[/pullquote]

Most of your time playing The Technomancer will be spent in combat against the various creatures and enemies that inhabit Mars, and this is one aspect of the game that I found refreshing. Unlike most RPG games The Technomancer doesn’t use a class based system, instead, players can invest skill points in different combat stances that will unlock additional bonuses for each stance. There are three combat stances, the Rogue, Guardian, and Warrior. The Rogue stance is used for dishing out focused damage using a gun and short sword combo, the Warrior stance focuses on area damage using a staff, and the Guardian stance promotes defense using a shield and mace combo. These stances can also be boosted by using/activating Zachariah’s Technomancer abilities. Players can switch between these combat stances anytime even in the heat of battle. This becomes very important as adapting to specific circumstances in combat could mean the difference between life and death.

Combat in The Technomancer is hard, even on the lowest difficulty, as I found that trying to beat your opponents into submission was usually a great idea if you wanted to die quickly. The importance of knowing when to switch to which stance, when to retreat, when to dodge and when to attack, made the combat feel challenging and strategic. I did find that there were times when I was surrounded by enemies and couldn’t dodge or get out of the way quickly enough, resulting in a cheap death. Combat in The Technomacer demands your attention as one slip up can mean death and a quick re-load. Not only do players invest skill points into the various stances, leveling up also earns you Talent and Attribute points that can be invested in non-combat related skills. Attribute points can be used to increases Zachariah’s strength, health pool, and agility, while Talent points unlock skills such as lock picking and charisma.

Players are also able to equip and craft weapons and armor for Zachariah and his companions which become critical if you want to survive combat on higher difficulties. Equipment can also be upgraded at crafting stations by using raw materials that Zachariah finds along his journey. Zachariah is also able to craft the various traps and medicine that he will need in order to survive. Although I didn’t spend a lot of time in front of the crafting bench in the early parts of the game I did find myself using these more and more as I progressed, and combat became more challenging.

Dialogue plays a large part in advancing the story and even the way in which the player is viewed in society. While fighting, escaping, exploring and taking on side quests Zachariah will be faced with making some tough decisions. These decisions can actually lead to some meaningful consequences later in the game. What you decide when faced with these decisions can impact Zachariah’s Karma and Reputation with a specific faction, this, in turn, changes the way your companions look at you and what their thoughts are about you. A good example of how choice affects your standing in the game is that by fighting opponents you don’t actually kill them, but merely knock them out. You are given the option to kill them which awards you with more Serum (the currency in the game). Now the question is do you go on a killing spree and get rewarded with more Serum possibly alienating some of your companions or do you resist this. It’s choices like these that shape your gameplay experience and makes you feel that your choices matter.

It’s in these moments of conversation and making decisions that you realize just how rich the lore of the world of The Technomancer is. If you take the time to ask questions you can learn a lot about the different people and factions of Mars and what motivates them.

The Technomancer is a game that has a specific vision and story to tell. Regrettably, this vision sometimes gets muddied up by its flaws. Combat can be difficult and even become frustrating, visuals tend to be bland and the story might not be the most unique. That being said, if you are willing to put some time into the game you might find yourself having and enjoyable experience. There is no doubt that The Technomancer isn’t an AAA experience, however, it doesn’t need to be one in order to be enjoyed.

The Technomancer is a game that shows potential and has some great ideas, unfortunately, it doesn’t always successfully realize them.