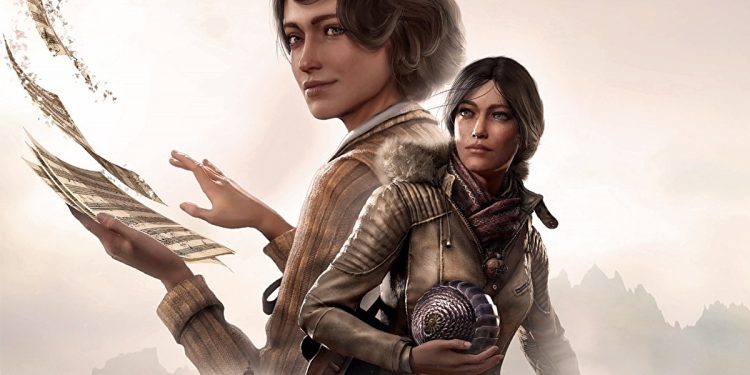 The first title in the series came out twenty years ago, and a sequel to this adventurous game followed two years later. The dilogy deservedly won the love of the players, and it seemed that there was no question about the third game. But that one didn’t come out until the spring of 2017 and turned out to be, to put it bluntly, a complete failure, even playing popular Australia pokies online is the better choice than Syberia 3. Technically, the game looked terrible, but as for the spirit of the original game – the third part was nowhere near that. Sokal got carried away with political analogies, and in the end, we got, as in the proverb about two hares: you chase, and you don’t catch a single one. That’s why the fourth part, which would conclude the story of Kate Walker, was awaited with undisguised skepticism. A lot has changed over the years. But most importantly, Sokal himself, who left last year, didn’t live to see the game’s release. It’s sad, of course, but now, after Syberia: The World Before, we can say for sure: this final part was planned for a reason. It all worked out. For Sokal, the game became his swan song…

What is most significant: the game now has not one, but two main characters. The action takes place both in the present time, as well as in the past. In general, there are four timelines. The main events unfold in 2005 and 1937, also there is a layer of events from 1944, plus two insertions from 1983, Kate’s childhood. Let us immediately note: the game menu also allows you to run a short video, which, by the idea, should introduce those unfamiliar with the series with the events that took place in the previous parts of Syberia (which is good for some people who don’t want to play the old games). It turned out frankly clipped and uninformative, but better this than nothing. Although, of course, if you’ve never played the previous parts, it’s better to read a brief retelling of the story online – or else you risk facing the references to the past events, which are mentioned in the video, if at all, very vaguely.

So, in Syberia: The World Before we have two heroines: Kate Walker and Dana Rose. The latter is a young talented pianist living in Wagen, Ostertal country. It is the year 37 and the situation is turbulent: in Wagen, the “Brown Shadows” organization, for which many Wageneans are simply superfluous, is raising its head. Yes, there is a direct analogy with the German Nazis and their treatment of the Jews. One might think that Ostertal, bordering Switzerland, is an allusion to the real Austria, annexed by Germany, while Wagen is the real Vienna. But it is not; Austria, historically, as a country, is also mentioned in the game. In general, Ostertal is more of such a generalized image of a small fragment of Austria-Hungary, a fragment that got caught in the millstone of history and was, in fact, ground up.

With Kate, on the other hand, we meet her in the prison of the Iron Taiga region, where she is imprisoned as a result of the final events of Part 3. Kate is forced to plow in a salt mine, along with her cellmate Katerina. This storyline begins with tragic events for Kate: she receives a letter from her former American friend Olivia, which states the death of Kate’s mother. But there’s no time to grieve – in front of her another shift at the mine. During which, accidentally breaking through a wall, the unwitting friends find the train at an abandoned station. After examining the train, they find a bunch of jewelry and paintings stolen by the Nazis. There’s also an abandoned motorcycle near the train – it’s in working order, we just need to fill up the tank. Everything seems to be going well – but the supervisor appears: she fatally wounds one of the Kate’s friends and in turn hit in the head by a stone from Kate. Kate travels halfway across the continent to Wagen, her only lead. There, an investigation awaits her, which eventually leads to an unexpected truth about her mother’s past.

As for the gameplay, it’s okay. Firstly, no longer tormented with the controls, as in the third game, even if the camera angles sometimes take not the most successful. Secondly, the active points are highlighted, and if somewhere you can interact with the subject, you will see the corresponding item on the circular menu. Thirdly, the tasks themselves, of course. Nice, varied and not the most difficult. There are those that simply allow you to feel the atmosphere deeper: for example, Dana must serve drinks to the expedition members – some beer, some schnapps, an empty keg in between to replace. And afterwards she checks the condition of the stove adds wood, screws in the valve. There are tasks not complicated at all, but without proper attention to detail you can stuck. Let’s say Kate sets the right combination of numbers on the automaton (the serial number is right there on the lid), then it should be noted that the flaps that open are movable, and that they should be moved so that they give access to the keyhole. Some items can be manipulated right in the inventory. So, you will see few tricks here and there, which in turn will require some logical solutions to the tasks. Almost like in online casinos – you can play games without knowledge and get it during the gameplay.

An interesting mechanic is the ability to switch between Dana and Kate in a number of episodes. In a sense, it’s using the past to solve problems in the present. Kate finds the information Dana left behind and uses it. The diary, for example: then you can switch to Dana and live the episode for her, then apply what you’ve learned while playing as Kate. With this mechanics is associated, in particular, perhaps the most extensive and complex task in the whole game.

How long it will take to complete Syberia: The World Before?

Syberia: The World Before can be completed in 8-12 hours – depends on how thoroughly you’ll explore the locations, which the optional tasks in the game and boils down to. They are quite possible to skip, but somehow you would not want to. After all, this is an additional lore, often very atmospheric. Overall, Syberia: The World Before is pretty good game and completes the Syberia saga. If you are a fan of the series you will like the final game in the series for sure.