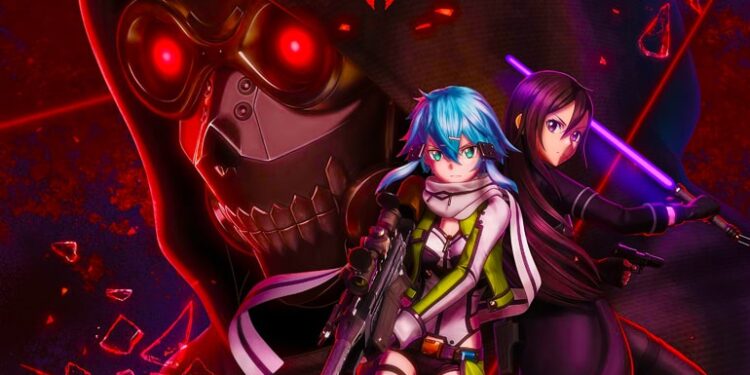 Fresh off my first viewing of Ready Player One, it seems quite fortuitous that I would play a game about a complete Virtual Reality MMO experience, albeit one that is far more Japanese in aesthetic. However, I was to be disappointed for the most part by Sword Art Online: Fatal Bullet – how could a game about living in a game be so bland at the end of the day? Sword Art Online: Fatal Bullet, first of all, is a terrible title for a game. It’s clearly something that wasn’t translated well across cultures. What’s the implication here, that sometimes we want our bullets to be non-fatal when we fight monsters and this one is just specifying? Anyway, I’m being pedantic so let’s move on. This game is based on the Sword Art Online manga and anime series, specifically the Gun Gale Online arc. I was only familiar with the first arc of Sword Art Online, the more fantasy-focused one, but I soon found my bearings. This game world is fewer fantasy swords and magic, and more guns, tech and gadgets.

You start Sword Art Online: Fatal Bullet as a noob in the game world. You design your avatar and get stuck right in. My character’s hair immediately started clipping through her body as soon as I started, but I suppose you can’t have it all. As I said, I wasn’t familiar with this plot before playing the game, but the way important characters from the series were shoved in your face was laughable. Here here, look at me, I’m an important person! Within about 5 minutes, your new character wins a legendary gadget, attracts the attention of some of the top players of the game, and joins a squad made up of some of your favourite Sword Art Online characters, who now adore and respect you. It’s like the Tumblr fanfiction of a 12-year-old but produced on a large scale. The plot starts off with your OC winning a customizable android that begins serving you and growing with you. After that, you head through some of the main plot arcs of the series, which have now been slightly altered and abridged through your inclusion.

When not in combat, you can run around the hub world. There is an affection mechanic with the NPCs, where joining up with them for enough missions can unlock story scenes in the hub world. These are largely unfulfilling.

I suppose I should mention gameplay now. The core idea is fine – you have a selection of weapons, primarily guns of different types, but there are a couple swords. You equip them and customize yourself with gadgets and skills that run on a cooldown. You head out in a squad made up of NPCs or online players and you kill monsters while dodging and being agile at the same time and looking cool. This works sometimes, but mostly not. Firstly, the areas are too bland and the enemies are not interested in how they behave. So many corridors… Secondly, your character moves and dodges and reacts way too slowly for an action game, based on your inputs. Delays are way too high. Thirdly, interesting ideas are squandered. You gain a gadget that acts like a grappling hook early on, but this is rarely used to its full potential when it could have revolutionized gameplay.

Everything that was needed to make it an epic game is there, but poorly implemented. For me, Sword Art Online: Fatal Bullet joins the list of a million other Anime-adapted games that are sort of okay but are mostly cashing a paycheck. 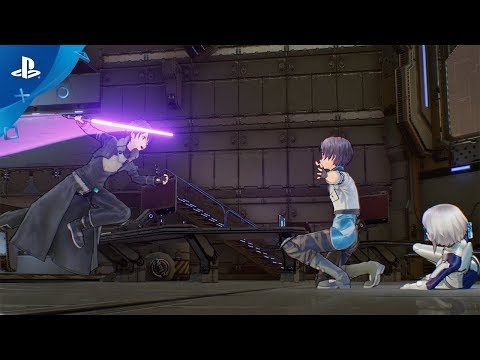