Oh No! Apple To Investigate Swollen Batteries On iPhone 8 Plus 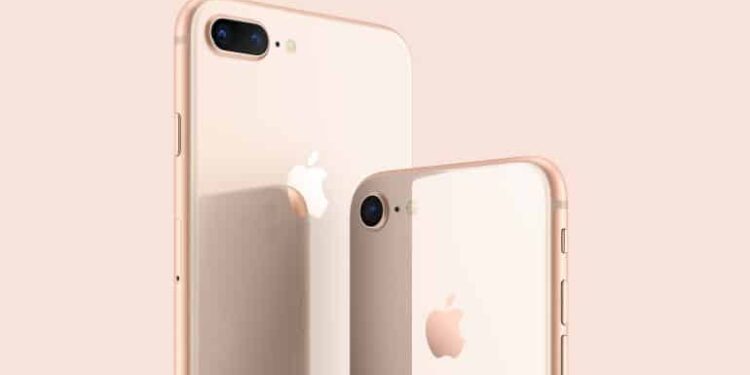 Apple made headlines in mid-September when it finally lifted the lid on its new range of devices, which included the iPhone 8, iPhone 8 Plus, Wath Series 3, and most importantly, the iPhone X. While all signs were there for an increased revenue, as well as stock prices, the company has been met with some media scrutiny of late for various reasons, including the much-hyped screen on the iPhone X. While most of these were simply scrutiny based on documentation and observations without any real-world tests, the latest concern has come after the launch and delivery of the first wave of iPhone 8 Plus devices reached buyers.

Over the past week, there have been at least two separate reports, which showcase the iPhone 8 Plus with its display popped up from its sides during unboxing. There are several possibilities for these occurrences, such as a defective manufacturing process, which has seen the seams dislodged (or unglued). There’s also all possibility that the two units were simply staged (with the boxes having previously been opened and modified) in order to gain media attention. Then there’s a third reason, and potentially more damaging to Apple, that the battery has swollen and expanded to the point that it broke through the seal. But, given that the device would not have been charged as yet, there are questions as to whether it would indeed be a swollen battery causing the issue.

The first report, by まごころ (Twitter user @Magokoro0511), suggested that his iPhone 8 Plus arrived already swollen when unboxed. From the images, however, we can see that the battery may be swollen. The evidence suggests a manufacturing defect rather than battery issues related to charging itself.

In a second incident, a Rose Gold iPhone 8 Plus was returned to the store by an unnamed woman who had purchased the device from said store, as reported by tech.ifeng. The defective device was sent back to Apple for further investigation.

Tech experts have suggested that this is not an uncommon occurrence for manufacturers to receive returned devices relating to swelling and broken seals, and routinely receive such requests from stores and carriers. That said, with all the debacle after the exploding issues of the Samsung Galaxy Note 7 in 2016, such occurrences were always going to be scrutinised in more detail. While the Note 7 was pulled from shelves and owners reimbursed, the actual reports of the fire were less than 0.1% of all devices, but enough to cause concern among customers.