The Surge Review – The Dog’s Bollocks 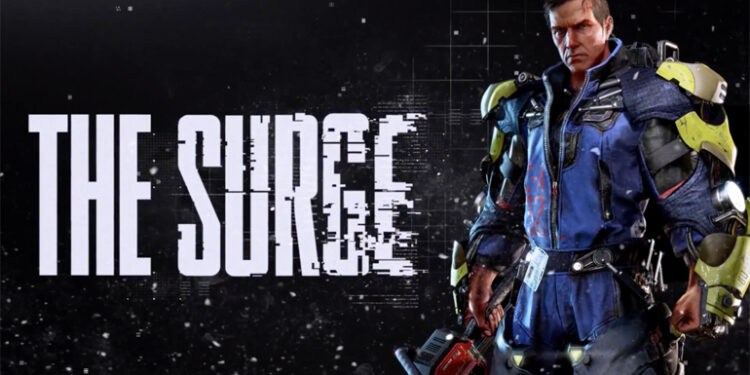 I’m just going to get it out of the way right up front, The Surge is really Dark Souls in an exoskeleton. It’s also Half Life 2 and Dead Space and a bit of Systems Shock 2 with a little pinch of Destiny, and none of that is a bad thing. The Surge runs on the same mechanics as Souls in that the combat is fantastically brutal, you are encouraged to explore the environments and when you die (and I mean when, not if), you have to do the “corpse run” to reclaim all your hard-earned treasure within the allotted time or lose it forever. Having said that though, The Surge does enough to maintain an identity of its own. Probably the biggest standout is its limb targeting system. This is a system to target a specific limb or body part so as to quickly dispatch of a bigger, tougher enemy, but more importantly, to hack off a specific piece of tech they may have so you can use it to make yourself bigger, faster, stronger.

This upgrading system is how you “level up”. It is an RPG after all. And it’s not easy. When I eventually made the jump from Level 1 to Level 2, my wife said I sounded like a male gorilla looking for a mate and, to be honest, that’s kind of how I felt. You need to fight a claw and hustle your way thru every inch of this game, so when you do get recognised for that effort, you really feel like the dog’s bollocks.

The game starts off with you hurtling toward CREO on a maglev train. I am fairly new to 3rd person action games with Gears of War 4 being my first adventure into that particular game style, so I was on the train, looking around and all I could see was a pathetic looking has been in a wheelchair sitting in front of me. Then I realised that has been in the wheelchair was me.
Nice touch.

You arrive at the CREO station and all is as you would expect from a sci-fi game. Shiny bright everythings with security guards straight out of the sci-fi cliché handbook. You then wheel your way to what becomes your first choice in the game, what type of character do you want to be? There are only 2 options available at the start, much like System Shock 2. You can be fast and agile, but a little fragile, or slow and strong and tough as nails. CREO promises you the ability to walk again through an exoskeleton rig and the warm fuzzy feeling of being part of the company’s plan to save the dying planet. What they don’t tell you is that your ass will belong to them till the day you drop dead, which, as it turns out, is in about 6 hours from that point.

Things get a little grizzly from here on. You enter a room devoid of any human life, just some robotic arms, and a chair with some nasty looking restraints (warning number 1). You climb in and the worst first day on the job begins. I’m not sure if it’s a malfunction or if it’s the way everyone gets converted, but the entire conversion happens while you are awake! The rig gets drilled into your body and a control unit gets drilled into the back of your head, while you’re awake. To say something goes wrong is the mother of all understatements.

You wake up literally on a scrap heap, with a buzzard type drone trying to pull the good bits off you. You fight your way to a “control point” with a rig that’s faulty and even though you only have to face these annoying drones, you will die. Guaranteed. The lack of any kind of tutorial means you learn through trial and error, and there is A LOT of error, but once you start understanding the game, it’s actually a very easy process to upgrade and improve your rig. You have to go out and complete tasks given to you by one of the very few survivors of whatever it was that went so badly tits-up at this CREO facility, but of course, the tasks are never straight forward and there is inevitably a huge obstacle in the way.

I spent about an hour trying to beat a 100-ton ground stomping machine with lasers all around it with what was essentially a metal pipe and there are many scenarios that are just plain overwhelming. The game gives a solution to that by giving you a very complicated level layout. You can walk through a dark underground section full of crazed machines bolted onto fresh corpses, or you can look around a little and find a catwalk that passes right over the death zone.

Like Dark Souls, when you die, you lose all the goodies you collected off the bodies of your many foes left lying around the level, and when you die, you have to get back to where you died to collect it all within a time limit or lose it forever. On many occasions, I had collected some choice scrap, having killed dozens of foes, and then died right at the end of the level. When you respawn, it’s right at the beginning of the level, and every single foe is back, in exactly the same place, doing exactly the same thing! So you have to go through it all again, except now, if you want your scrap, you have to do what took you 30 minutes originally in two and a half minutes. It is frustrating, but somehow very very rewarding when you get it right.

The Surge isn’t as eerie as Dark Souls or as horror-esque as Bloodborne, but it’s eerie and scary enough to make you want to keep the lights on when you play. As I’ve said, dying is inevitable, but, for me, I always feel like I deserved it, like I wasn’t concentrating or underestimated an enemy, or I just ran straight into an enemy that was so much more powerful, without the proper upgrades needed to defeat it. The answer to this is to keep on upgrading, keep making yourself better.

It was when I realised this that the real nature of the game became clear to me. It’s a social commentary on the world we are creating. On the surface, it’s saying we need to care for the planet. Dig a little deeper and it’s saying be careful of big business. Look a little closer and it’s saying don’t let technology control us. But at its core, I think, The Surge is saying, “This is our future”. We have most the planet walking around, basically brain dead, being told what to do and what to believe by a select few through the technology they carry on themselves. Those that can still think for themselves are seen as a threat and must be destroyed “for the greater good”. This safe-space, liberal leftist, fascist crybabies will try everything to stop you from being a free-thinking individual, and the only way to defeat them is to keep improving yourself, take their weapons and combine them with common sense and logic, and use them against them.

The Surge represents an awakening to the absolute horror the Liberal Left represents and shows that, even though free-thinking individuals are few and far between, determination and constant self-improvement will win the day. I say well-done Deck13 and Focus Home Interactive on creating a highly enjoyable, tense, action RPG. Even though its roots are clear to be seen, they have given The Surge a unique personality.

Some have criticised the combat system and the level-up system but I think they all work together to make this game something fresh, which when you consider how saturated the market is in this genre, is really saying something. Gory, epic battles, with spectacular kill shots, combined with a storyline that keeps you guessing and, of course, the wonderfully relevant social commentary makes this game one of the highlights for me so far this year. I have absolutely no problem highly recommending The Surge – even if you are on the liberal left. 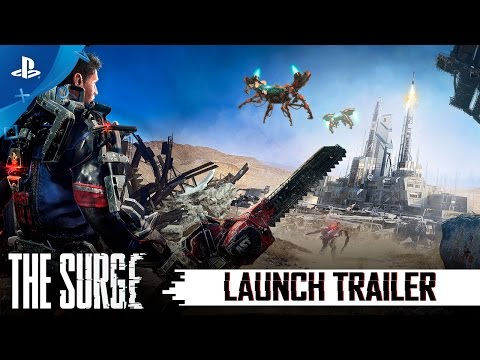