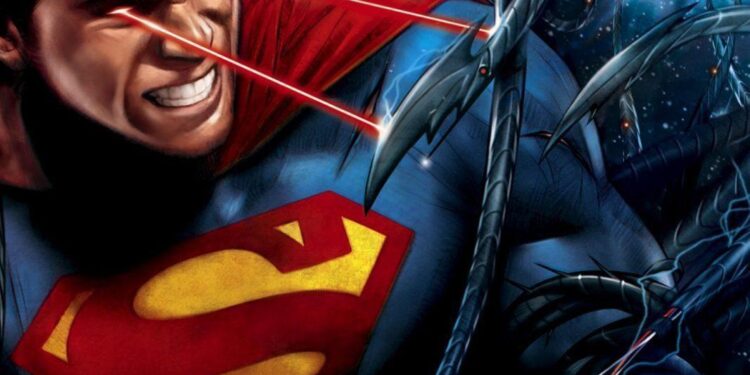 Over the last few years, Batman has been pushed to the forefront of DC Comics’ lineup, leaving other major comic book characters, like Superman, playing second fiddle. Of course, thanks to the Man of Steel and rumours of a pending Justice League feature film, that’s all changed.

Inspired by writer Geoff Johns and artist Gary Franks’ 2008 Superman: Brainiac graphic novel, Superman Unbound is the first of many animated features showcasing the expanding DC Universe. Having made waves with their recent adaptation of The Dark Knight Returns, DC Animation hopes to continue the thread, by employing the same writer (Bob Goodman), with this direct-to-dvd superhero flick. While it doesn’t quite reach the quality level of their previous work, Unbound is a great addition to their roster and offers audience a solution to how both Superman and Supergirl could co-exist in the same film.

DC animated features are often a hit or miss game, with some great adaptations falling prey to lackluster storytelling and animation. Thankfully, that’s not the case with Superman Unbound, which soars a little higher than previous Superman adaptations. It showcases Superman’s fight against the onslaught of extraterrestrial android supervillian Brainiac, who is bent on destroying Earth and capturing Metropolis. Brainiac, who is a collector of knowledge from various worlds, once captured the Kryptonian city Kandor, shrinking and entrapping the city and its people in a glass jar. The only survivor from the city was Kara-El, Superman’s cousin (better known as Supergirl), who must now find the courage to face her past fears in order to help stop the attack.

There are a number of other subplots to fill the story, including a deeper look at Lois and Clark’s relationship troubles. Clark/Superman maintains that their relationship should remain hidden from the world, but Lois demands more. She wants a normal life, despite Clark’s arguments that, due to his responsibilities, it could never be possible. Meanwhile, Supergirl is struggling with her relocations to Earth. For all intents and purposes, she is just a regular teenage girl who happens to have super powers, that she is only just learning to control.

As you would expect, Superman Unbound is filled with action pieces demonstrating the Man of Steel’s power, with a good length of the feature dedicated to Superman punching and destroying robot minions. It’s definitely worthy of its PG-13 rating. There are scenes with blood and the occasional sexual references here and there. Heck, Lois even flips Braniac the bird in one scene and Superman tells him to “go to hell.” It’s certainly not marketed to younger kids.

There is a lot to like about Superman: Unbound. For one, the voice cast is pretty decent, especially Molly Quinn (Supergirl) and Stana Katic (Lois Lane). Matt Bomer, who was in the running to play Superman in Man of Steel, voices Clark Kent/Superman here, but he rarely sounds like the character. Traditionally Supes has a mix of authority, humility and sincerity. It definitely comes off lacking in Bomer’s presentation. Instead, the character feels colder and almost robotic himself. Fringe star John Noble makes an excellent robotic villain, of course. He brings a calculated intelligence to Brainiac that few actors could match.

The style of the animation has also been nicely updated to look more “anime-like”, with the characters suffering, or rather benefiting, from a slim stretched face look (reminiscent of Aeon Flux cartoons). The use of colors, the depictions of the characters and the camera angles are all well directed.

Unfortunately, it doesn’t quite match The Dark Knight Returns, which managed to translate a well-known and groundbreaking comic into a remarkable animated film. Had the story been based on something like Earth One, Red Son or Last Son we would be talking a whole different ball game. Nevertheless, Superman Unbound is worth 75 minutes of your time. It’s entertaining and is probably the best Superman animation we’ve gotten so far (after Superman: Doomsday of course). 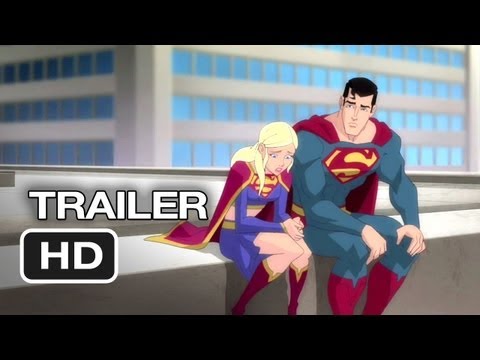