Superman & Kryptonite: The Many Different Types Superman and kryptonite. It seems the green rock has been a pain in his side for the longest time. But did you know there are various variations of the alien material? Red, blue, black kryptonite… which all have a very different effect on our hero.

Throughout comic book history, many supervillains have tried to defeat the Man of Steel, and yet none of them has truly succeeded. Even though Superman has stood against everything that has been thrown his way and prevailed, one specific glowing rock has come close to defeating the undefeatable Man of Tomorrow on a few occasions.

Kryptonite, the irradiated crystal-like material from Superman’s homeworld, Krypton, has been a thorn in the Man of Steel’s side since he first appeared on Earth, with various villains using the deadly material to try and defeat him.

Although we are all familiar with this green material, did you know that there are even stranger versions of kryptonite out there? Each one affects Superman, and even humans, in various ways. Green kryptonite is deadly to all Kryptonians. Initial exposure does not outright kill Kryptonians but rather weakens them, causing them severe pain. The green radioactive shards only affect Superman’s strength and not his other abilities, like heat vision. Prolonged exposure to the power-draining substance can and will kill him. (Debuted Superman #61)

Red kryptonite can be considered even more dangerous than the green variety. It weakens Kryptonians even more. Interestingly, the red rock can cause mood swings in Kryptonians and, even stranger, has been known to cause mutations. These so-called mutations vary and can include something as minuscule as rapid hair growth to turning into a dragon. (Debuted Adventure Comics #255)

Blue kryptonite can cure Kryptonians of the effects caused by red kryptonite. If, however, you find yourself facing off against Superman’s uncanny doppelganger, Bizarro, then blue kryptonite can be used to defeat him as it has the same effect on Bizarro as green kryptonite has on regular Kryptonians. (Debuted Superman #140) 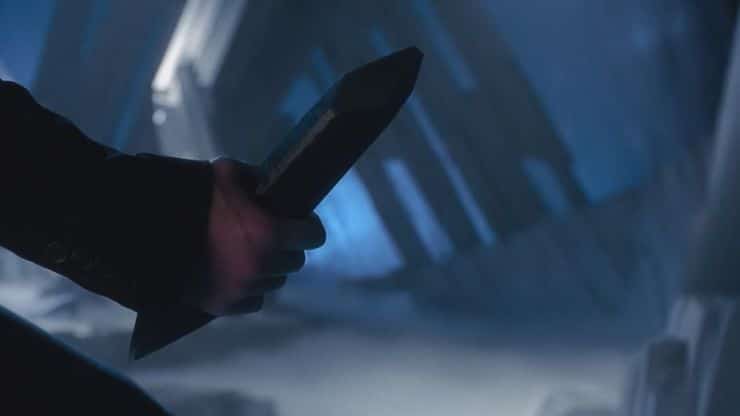 When Superman is exposed to the black substance, he is split into two individuals, one good and one bad. Creating the best and worst version of the character. (Supergirl (vol. 5) #2)

Possibly even more dangerous than green or red kryptonite, gold radioactive shards from Krypton can remove a Kryptonian’s ability to process the rays from a yellow sun. This means that those Kryptonians exposed to gold kryptonite loses their superhuman abilities. (Adventure Comics #299)

An artificial form of kryptonite, silver causes the exposed Kryptonian to experience trippy hallucinations. This version of kryptonite has been known to affect a Kryptonian in the same way that cannabis affects us, humans. (Superman’s Pal, Jimmy Olsen #70 (July 1963)) 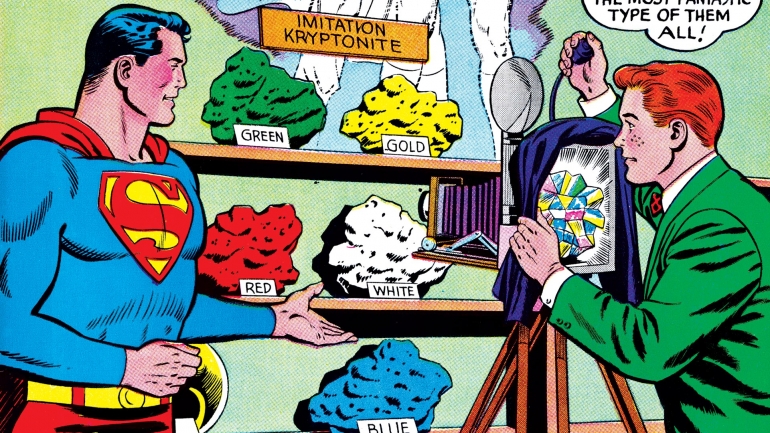 Ever wondered what it feels like for Superman when he is exposed to green kryptonite? Then you might want to get your hands on some anti-kryptonite. It is essentially harmless to Superman but affects humans in the same way green kryptonite affects him. (Action Comics #252 (May 1959))

Not deadly to humans or Kryptonians, white kryptonite only affects plant life. More specifically, it kills all plant life it encounters. In essence, it is a shiny white weed killer. (Adventure Comics #279 (Dec. 1960))

When a Kryptonian is exposed to periwinkle, they lose all their inhibitions. It isn’t deadly to Kryptonians, but it does make them act like jerks. (Superman Family Adventures #9)

Although it is never explicitly stated, it is highly suggested that pink kryptonite turns a Kryptonian gay. (Supergirl (vol. 4) #79)

Sounding like a ’90s-inspired energy drink, kryptonite-X was created when the Eradicator filtered a barrage of Kryptonite discharged by the supervillain Cyborg Superman and eradiated Superman with it supercharging him in the process. (The Adventures of Superman #511)

Ever wanted a super-powered pet? Then expose them to orange kryptonite. That’s right, orange gives animals superpowers for 24-hours. (Krypto the Superdog #4)

Created from the remains of Krypton’s Jewel Mountains, this rock gives those stuck in the Phantom Zone limited mental abilities, allowing them to affect the universe outside of the Phantom Zone. (Action Comics #310)

These are just some of the weird varieties of Kryptonite that exists in Superman’s world. Have we missed any?