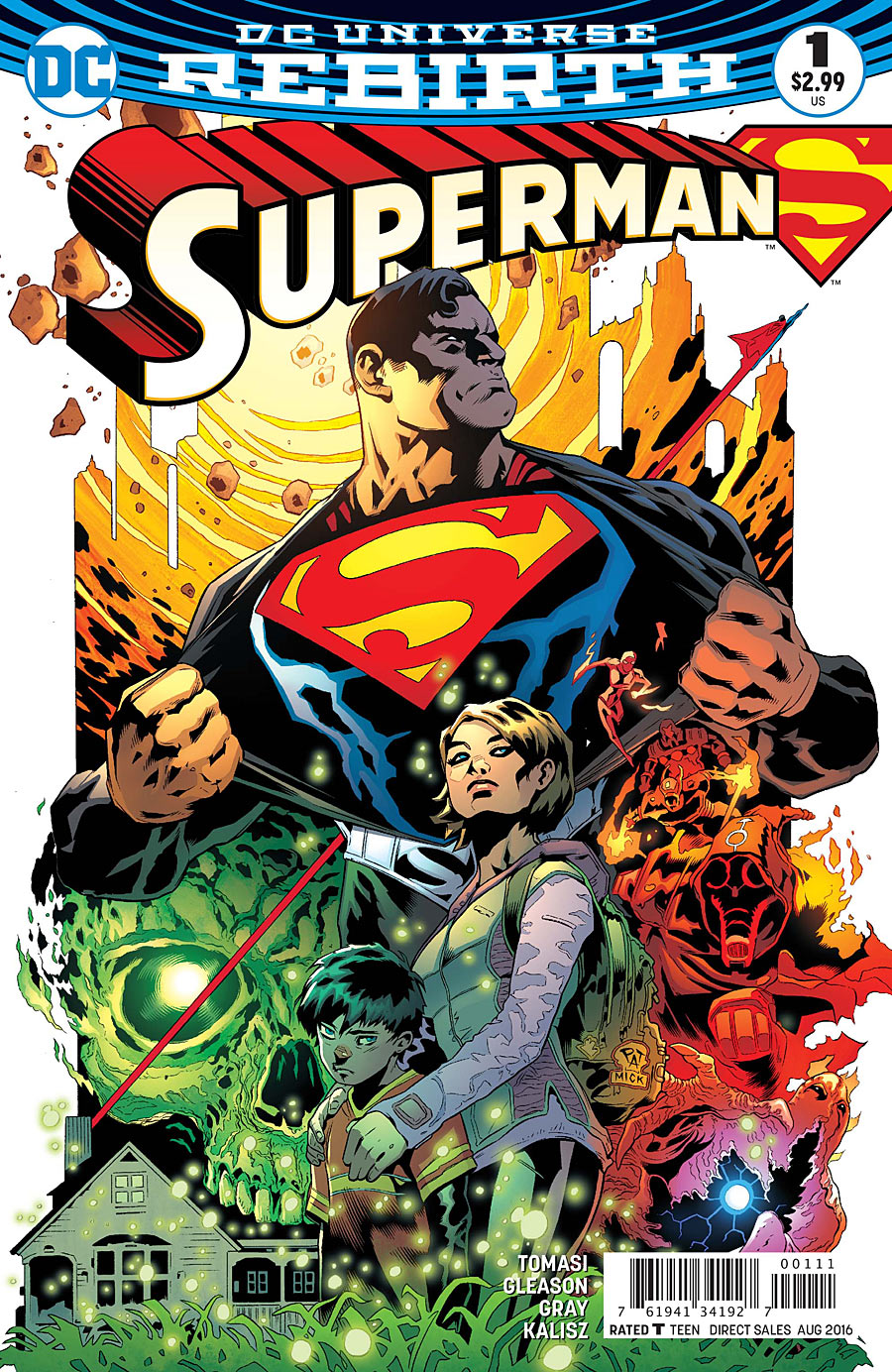 You’d figure that the best way to start the latest series of Superman would be with optimism, possibly showing the character at his most heroic as he rescues people or is reintroduced proudly as a symbol of hope. You’d think that, and you’d be right. Unfortunately, you’re not writing Superman #1: The Son Of Superman and that isn’t what’s on display here. Instead, you get Superman’s version of Damian Wayne. 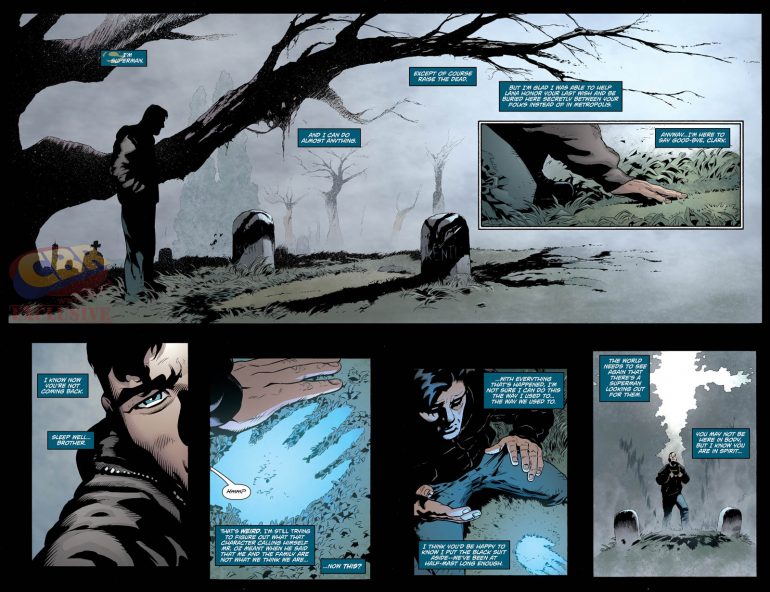 This isn’t necessarily a bad thing. It gives the readers an introduction into the new status quo, as Clark, um, Smith and his family settle into the farming life and put down some roots. Clark’s wife Lois is suffering from writer’s block as she works on her new novel, Clark ruins a flannel shirt as he saves some livestock, and their son Jon struggles to learn that he needs to keep his powers in check as he accidentally kills his pet cat in front of the neighbour’s daughter.

Superman, for all the Man of Steel‘s alien origins and daring exploits, has always been at its best when it’s told human stories. The character’s relationships with other people have best defined him, and the value of the supporting players has been woefully underestimated over the years. Superman may be the hero in the suit, but it’s Clark who makes the stories work. And that’s the real problem in Superman #1, because this isn’t his story.

There are a couple of pages up front in Superman #1: The Son Of Superman where he mourns the loss of “that other” Superman before revealing his S to the readers. There’s a rather pointless shot of his flying for no reason. The mysterious Mister Oz from Rebirth, presumably a huge plot point for the future, is only mentioned in one sentence before being ignored entirely for the rest of the issue. After those pages are gone, everything else revolves around his son. And while the difficulties in growing up with superpowers are on display, there’s nothing about Jon which makes a reader want to like him. 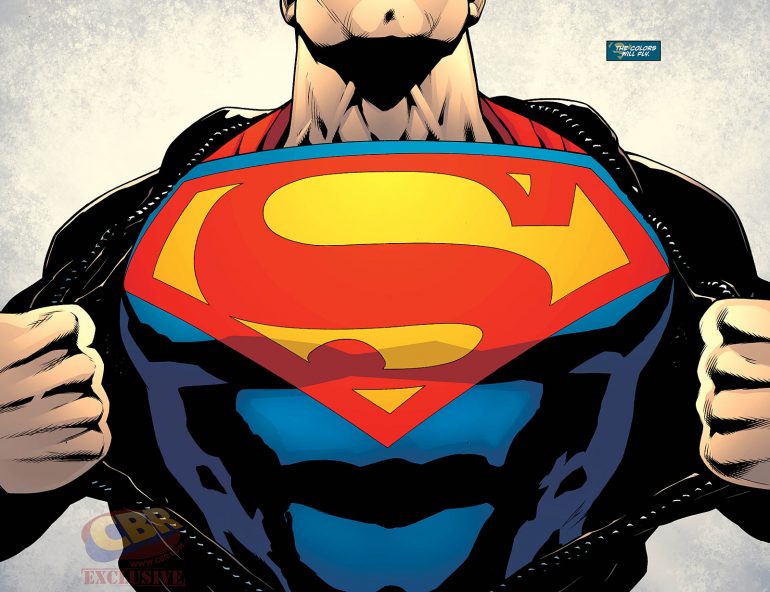 And, yes, the kid kills his cat. Granted, he’s angry because his cat has been snatched up by a bird of prey and it would probably have died anyway, but Jon’s burst of heat vision certainly hastened its demise. Cue one char-grilled kitty and the inevitable guilt and shame for the kid. Also, cue jokes about Son of Sam as opposed to Son of Superman.

Meanwhile, Lois does nothing and Superman comes across like he’s pretending to be his own dad (Jonathan, not Jor-El) but just can’t get it right. Does any of this tie in with those opening pages, where Superman seemed to leave a glowing hand-print at the other Superman’s grave? No. The only possible link may be that the theme that the best way to handle death is to mourn a bit and then move on with your own life. It’s a muddled message, and with the focus of the story being on a so-far unlikable character it simply doesn’t work.

There’s the inevitable minor cameo of Batman and Wonder Woman at the end, but all that comes of it is that young Jon thinks he’s going to get a spanking – or worse.

The concept of returning Clark to his upbringing as a farm-boy himself is a pretty solid one. However, the execution of the story (and the cat too) doesn’t really work in Superman #1: The Son Of Superman. It may be building to something big but it’s hard to get any feel of what, or if it’s even worth sticking around for. Given the fanfare around Rebirth and what it was supposed to symbolise, this seems like a huge misfire. 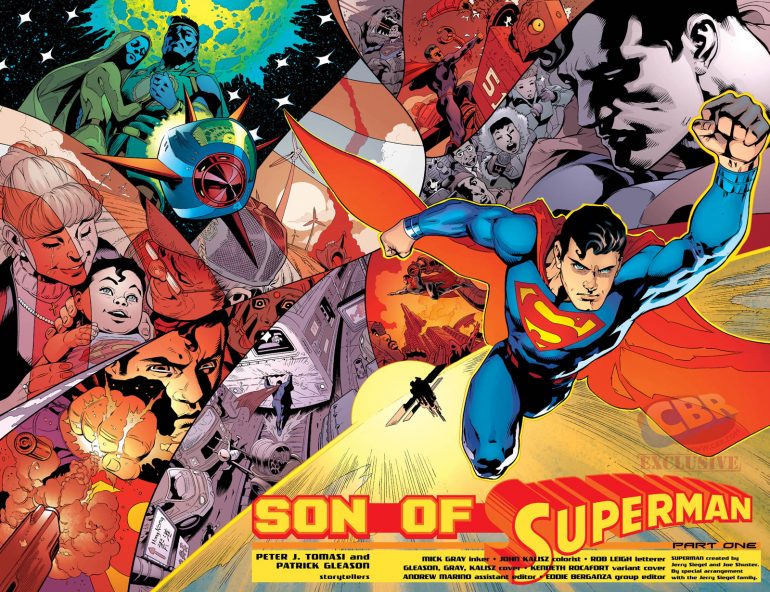