Superhero Movies And The Oscar/Razzie Conundrum 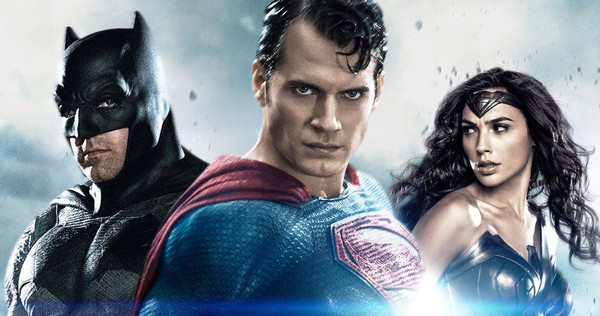 This past weekend, two DCEU superhero movies won awards. The critically-panned Batman v Superman, unsurprisingly, received another slap to its reputation by picking up a couple of Golden Raspberries – the awards handed out to the worst cinematic offerings every year. Subsequently, the equally panned Suicide Squad won an Oscar – albeit one for best hair and make-up. Since both films were highly profitable, any negativity about them means little, since they got to cry all the way to the bank. 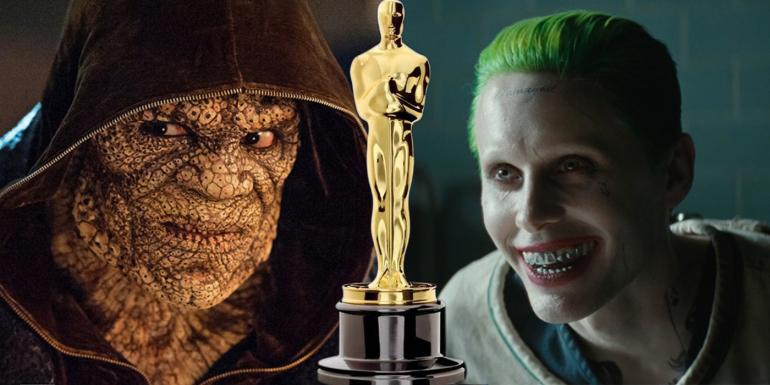 “I still think awards are stupid. But they’d be less stupid if they went to the right people.” – Ron Swanson, Parks and Recreation

The value of an Oscar is questionable. There have been many great films which have failed to receive what’s considered the most valuable prize in Hollywood: the Best Picture award. Citizen Kane, often cited as the greatest film ever made was snubbed. So were Dr. Strangelove, Taxi Driver, Apocalypse Now and Goodfellas. Plus, of course, there was Star Wars (now known as A New Hope). That particular movie lost out as best picture to the comedy Annie Hall, whilst its director/star Woody Allen picked up the Best Director award over both George Lucas and Steven Spielberg (for Star Wars and Close Encounters of the Third Kind respectively).

Woody Allen, being Woody Allen, didn’t even show up to the awards because he understood the truth of it all. Like the Groucho joke at the beginning of Annie Hall, he wouldn’t want to be a part of any club which would have him as a member. He’s made no secret of his views on the Oscars, saying, “I just don’t think they know what they’re doing. When you see who wins those things – or who doesn’t win them – you can see how meaningless this whole Oscar thing is.”

Not that it made George Lucas or Steven Spielberg feel better on the night in question, of course. Thankfully, Spielberg did go on to win Oscars – unlike Alfred Hitchcock, one of the greatest directors of all time, yet was never honoured with the award. George Lucas, meanwhile, became a billionaire – just like Spielberg. 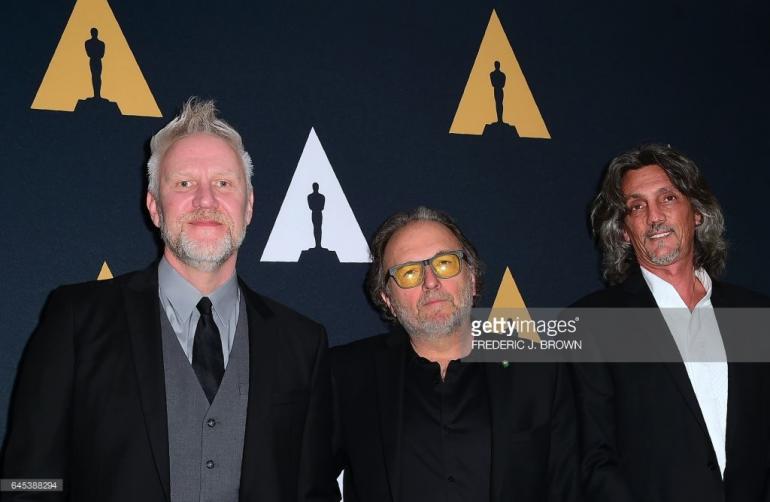 Suicide Squad’s Oscar win for hair and make-up is both a victory as well as a backhanded compliment. After all, this is a category where giants like Planet of the Apes, Pan’s Labyrinth, Lord of the Rings and even Star Trek can stand tall and represent sci-fi, fantasy and comic book movies. It’s also a category where Guardians of the Galaxy, The Dark Knight, Hellboy II and even Harry Potter can lose out to the likes of The Grand Budapest Hotel, The Curious Case of Benjamin Button and The Iron Lady. It’s also a category where ‘80s action film Remo: Unarmed and Dangerous – the sort of cinematic cheese-whiz you’d watch when you’ve run out of Jean-Claude Van Damme films – can get nominated while the original Ghostbusters couldn’t.

If it’s a category which seems a little questionable at times, the bigger problem is that comic book movies simply aren’t taken seriously by the Oscars. As Hugh Jackman maintained when he hosted the awards ceremony, a film like The Dark Knight will usually be overlooked regardless of its quality. He also said that he hadn’t seen the nominated film The Reader because he couldn’t get through the crowds of people who were going to see Iron Man. It was a sharp comment from the man fans love as Logan, but one which was accurate. Iron Man stood no chance of a best picture nomination at the Oscars, but like Batman v Superman and Suicide Squad it was a box office hit and laid the foundation for a cinematic universe which has cumulatively earned nearly $11 billion.

As much as the Oscar win for Suicide Squad is both a compliment to the work behind the worst heroes ever, it also serves as a sharp reminder of how comic book movies are viewed by the powers that be. This year, there simply weren’t any films from either of the big two franchises to warrant being considered in any of the more respectable categories. Deadpool, for all its gleeful anarchy, was still a by-the-numbers origin tale. Doctor Strange offered mind-bending visual entertainment, but it wasn’t a complex story. For all the inspiration of Nolan’s Dark Knight trilogy style, Batman v Superman was a grim affair that missed the point. 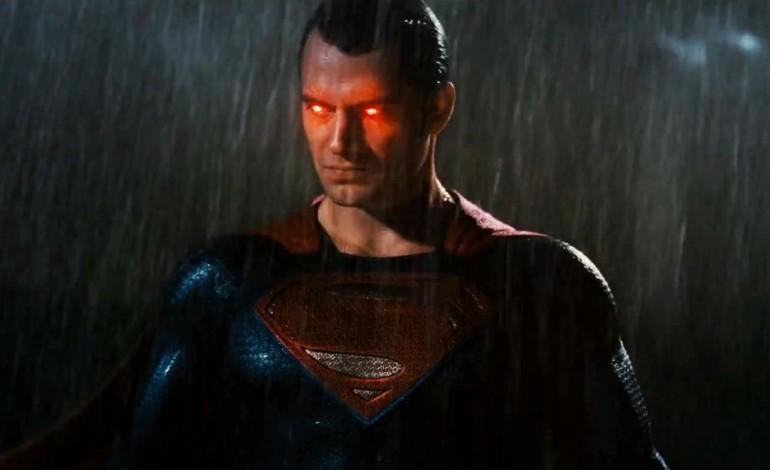 In the past, the Razzies have been an amusing way of bursting Tinseltown’s bubble, of mocking the glitz and unwarranted hype of many industry giants. Just a year after winning an Oscar, actress Halle Berry showed up at the Razzies to humbly accept her reward for the dismal Catwoman movie, her performance and the film itself being deserving of the roasting they received. It isn’t uncommon to see superhero films and their stars in Razzie lists. Previous nominees and winners have ranged from Fant4stic and Howard the Duck, to Kate Bosworth in Superman Returns and Ben Affleck in Daredevil.

While the Oscars refuse to acknowledge even the best superhero film, the Razzies are happy to point out some of the worst.

Affleck’s personal Razzie history is a sad one since just two years ago he won their Redeemer award for getting his career back on track after films like Daredevil and Gigli threatened to sink him. Now, along with Superman actor Henry Cavill, BatFleck gets his name tarnished with Razzie glory once more. The irony being that Cavill and a weak script dragged him down despite even the haters appreciating his performance, yet the two actors were linked together in the category as a pair. Still, he failed to win the Worst Actor award so that may provide some small amount of solace… but it’s unlikely

Unlike the usual Razzie routine of tilting at invincible industry giants and mocking the powerful, in this case, the Razzies seemed to be about kicking a man like Affleck when he’s down. That’s something which even the harshest of critics can’t get behind.

What was truly troubling and more relevant, however, was BvS winning the award for Worst Screenplay, something which has been mostly ignored in favour of news of the actors. Despite whatever defence has been mounted by supporters of the film – even here at the Fortress offices, where that movie’s pros and cons are a regular topic of debate – the final version of the film did have a weak story and weak writing.

Yet that particular complaint could equally apply to Suicide Squad (which was also nominated in that category), as well as Marvel’s Captain America: Civil War. 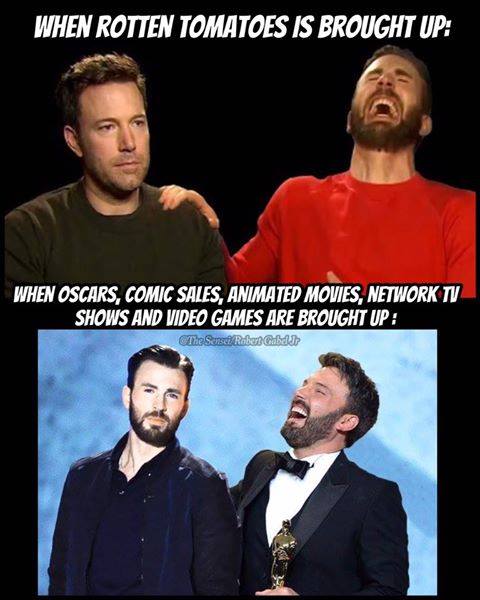 Marvel may not have been nominated for any Razzies this time out, but it may not have have been that far off. Even Avengers fans know that they received a flawed product this time out, and it’s possible that the only real difference between Civil War and Batman v Superman was how the former offered a more crowd-pleasing experience at the end of the day. In case anyone assumes the reason Civil War didn’t get nominated because of pro-Marvel/Anti-DC bias, it’s fair to note that Disney-owned properties and their actors have been nominated and won Razzies, including films in the Pirates of the Caribbean cash-cow franchise.

The value and validity of both the Oscars and the Razzies are questionable. One celebrates the Hollywood system and strokes its ego, the other points at it and laughs cruelly. Award shows like the Oscars are self-congratulatory back-slapping sessions even at the best of times, and the nominees campaign heavily at great expense for their wins – meaning it’s less about art than it is about winning popularity. The flip-side is that the Razzies don’t care about box office success, and a commercial winner which was a critical flop is just as likely to be nominated as an outright bomb.

It’s easy to crow about Suicide Squad winning its Oscar, or to mock Batman v Superman for winning those Razzies. It’s just as easy to dismiss Suicide Squad’s victory or to stand by Batman v Superman regardless. Both films have their haters and their defenders. Whatever awards they receive should be judged with a fair amount of scepticism, even if there may be some merit to them, because the awards themselves aren’t a true measure of what the quality of the work. Some are truly deserved – like Fant4stic – while others aren’t.

What’s earned is up to the individual viewer to decide. Awards be damned. If you love it or hate it, that’s your choice.