Supergirl Season 2 Has Found Its Superman 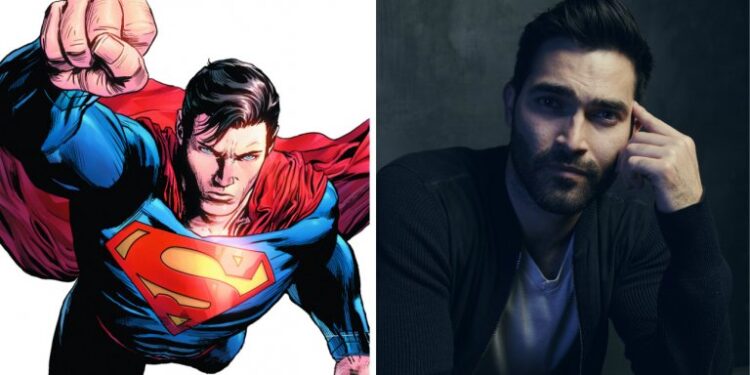 It was recently confirmed that Supergirl Season 2 would feature another famous Kryptonian in the very first episodes. Now the CBS-turned-CW show has found it’s Superman.

Teen Wolf actor Tyler Hoechlin has been cast as The Man of Steel.

“Greg [Berlanti] and I have wanted to work with Tyler for ages, so this worked out perfectly because Tyler is Superman. We are so thrilled and humbled to add another amazing actor to the legacy of this iconic character,” said the show’s Executive producer Andrew Kreisberg.

Hoechlin will be the second actor to portray the fully-grown Superman on The CW. Many suspected that Smallville star Tom Welling would return to the iconic role. However, that didn’t happen. Perhaps the show wishes to distance itself from Smallville altogether.

“For us, Superman is more of an idea than it is a personification of the character, so we’re more than happy to have him backlit,” Kreisberg said of his season one appearance. “We’re perfectly happy to have him swoop in, save Kara in Episode Three, because the real heart of the story is that she then kicks Reactron’s butt. She’s the one that takes him down, and that’s what much more important for us. Could the popularity of Superman on the show lead to his own spinoff series? Maybe? Who knows. Anything is possible. But for now, we’ve happy that we’re finally getting a Superman appearance in Supergirl Season 2.

Supergirl: At 12 years old, Kara Zor-El escapes doom on planet Krypton to find protection on Earth with the Danver family, where she grows up in the shadow of her foster sister, Alex, and learns to hide the extraordinary powers she shares with her cousin, Superman. Now an adult living in National City and working for media mogul Cat Grant, Kara finds her days of keeping her abilities a secret are over when super-secret agency head Hank Henshaw enlists her to help protect the city’s citizens from threats. Finally coming into her own, Kara must juggle her new responsibilities with her very human relationships.