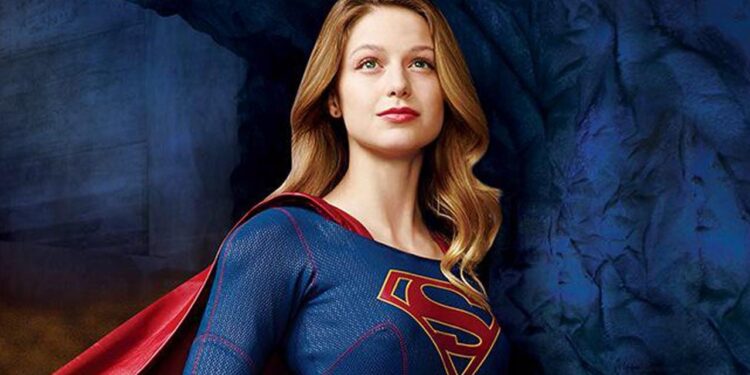 So the tester Supergirl TV show pilot has “mysteriously” been leaked out onto the internet, and already comic book and TV show fans have made their minds up about it. For the most part the response seems to have been positive, with its mostly light tone being a good mix of Lois & Clark and Smallville.

But there also flaws there which need to be addressed quickly before the show airs properly.

Supergirl herself seems mostly fine. With her goofiness and wide-eyed innocence as she begins her superhero career, she’s pretty cool. Jimmy Olsen and Kara’s best friend were okay too, although many people can’t remember that guy’s name. So what could possibly be wrong, with the exception of baby Kal-El’s dopey spit-curl in his hair, or Jimmy giving Kara a box that he wasn’t carrying when he went to the roof? 1) Meet The Danvers: You’ve survived the destruction of your homeworld, spent 24 years in the Phantom Zone and travelled halfway across the universe – it’s Danvers time. But who are the Danvers family, and why would Superman leave his niece with them instead of his own Kent family (which makes more sense)? They say they’re scientists who helped Superman learn his abilities, but what makes them better parental figures?

They never told us, and that whole particular plot point was covered up by the coolness of seeing Helen Slater (Supergirl from the ’80s) and Dean Cain (Superman from Lois & Clark). Great cameos, but it didn’t tell us why they’re better than the Kents. 2) Superman = Superjerk: Over the years the Man of Steel has had trouble being a father-figure. He’s brushed off Bizarro and left him on an isolated world, kept his distance from Superboy and left Krypto alone at his Fortress of Solitude. But when it’s come to other Kryptonians, especialy Supergirl, he’s always been there for them. So why couldn’t he look after Supergirl, his only living relative, and why hasn’t he visited her regularly?

The most gutting part of this pilot episode is at the end, when Kara has finally decided to be a hero and has defeated Vartox. Does Superman phone her up to congratulate her, or fly in for a visit to say how proud he is of her? No. He sends in Jimmy Olsen to do it for him. Maybe if she dies in a Crisis on Infinite Earths, he can have Jimmy hold her body and cry on his behalf too… 3) Pulitzer. Capital P, little u…: So to give Jimmy (call him James) Olsen a little more credibility at this early stage, they made him a Pulitzer Prize winner in the Supergirl TV show. It isn’t out of the realms of possibility; Jimmy’s a good photographer. There are lots of iconic Superman images they could have used for his photo, from the classic Action Comics pose where he’s holding a car to Superman dying after having battled Doomsday.

Yet the photograph he took is of a teeny, tiny blurred Superman flying away. That won him a Pulitzer? It may have been the first photo of Superman, but it really isn’t that impressive. What, are they just giving Pulitzers away now?

4) DEO or No Deal?: There are some shadowy organisations out there, and in DC Comics the DEO is like Marvel’s SHIELD only less cool. In this case, their whole mission seemed to be to provide exposition which made no sense. They present Kara’s rocketship to her, but don’t explain why Superman didn’t move it (what if Lex Luthor had taken it, and learned its secrets?) or how the DEO got it.

For that matter, they have files on the prisoners from the Phantom Zone and knowledge of the prison itself. They even know how that her ship got stuck there for years and then dragged the prison out. How did they get all of this information (which wasn’t in the message left for her)? If they knew all that then shouldn’t they have mentioned it to Superman, or tried to get Kara on their side earlier? The DEO stinks. 5) Pocket full of Kryptonite: Speaking of the DEO, they seem to have an awful lot of Kryptonite at their disposal if they have weapons and restraint cuffs made of it. They said that it just weakens Kryptonians, although we’ve all seen it make them writhe in agony. Yet Kara doesn’t seem too bothered when she’s strapped down with it. But how did they even learn about it? It’s fair to assume that if they’ve been monitoring Superman for so long then they may have learned about it, but have they tested it?

If they tried using it on Superman then that means he’s aware of them, so shouldn’t he have warned Kara about them? It wouldn’t have taken him long to figure out that her step-sister works for the DEO too. Wouldn’t that be important? Maybe there’s some sort of truce between the DEO and Superman, but then why attack Supergirl? And why are they so annoyed at her presence when they’ve let Superman do what he wants for 20 years, despite having Kryptonite? Too many questions!

6) Aliens amongst us: If the alien prisoners have been around for so long then what have they been doing all this time? Not a great deal, from the looks of it. It’s a smart ploy to bring in some super-powered villains for Supergirl to fight, but apparently they’ve been doing nothing for 12 years. As fate would have it, despite Superman being public for so long, it’s the emergence of Supergirl that’s going to rile them up. Sure…

Based on this Supergirl TV show pilot episode though, at least Vartox has planned for world domination by, um, taking the time to get a driver’s licence, buying an empty petrol tanker with money from who-knows-where and living the life of a truck driver. That’s just evil. 7) Motivational exercise: So why is Supergirl doing this again? Her original mission was supposedly to protect Kal-El (something he clearly hasn’t done now the roles are reversed), but why did she give that plan up anyway? It was the request of her parents to help him, which she swore to them that she’d do. She may be younger, but couldn’t she still have honoured the last request of her parents before they – and her entire planet – died?

No, it made more sense for her just to fit in as a normal person, saying that the Earth doesn’t need more than one hero. Hasn’t she watched the news lately? Then she finally decides to be Supergirl because it’ll help her boss sell some more newspapers and stop some people from getting fired. Her “training” sequence was amusing but would it have hurt to say she was doing this because it was the right thing to do? Remember, with great power comes great responsibility.

8) Flight club: Wait a second, she said she hadn’t flown in so long that she may have forgotten how to do it. That’s okay, it added a fun learning curve to what she’s doing. Clearly she forgot about her super-speed too, since she was puffing and panting as she ran down an alleyway at normal speed. But she uses her X-Ray vision and super-hearing all the time, so clearly she has no problem taking advantage of her powers when she can.

Ask yourself honestly: If you had the power of flight, wouldn’t you use it from time to time? From seeing the world and going wherever you wanted to just hovering above the clouds to get away from your problems, it’s a huge advantage to having powers. So why wouldn’t she make the most of it from time to time? 9) Secret identity crisis: Wearing glasses may be one of the oldest and dumbest ways to keep a secret identity, but Clark Kent has also learned over the years to be a bit clumsy, stoop over when he walks and wear his hair differently. In one Supergirl comic book series, in her secret identity she used to wear a wig to change her appearance. In the Supergirl TV show she doesn’t, simply because she’s been Kara Danvers for so long. That makes sense.

As Kara she wears less figure-flattering clothes along with the glasses. Yet it’s still easy to spot that she’s really Supergirl though. Her face is going to be all over the newspapers and TV channels soon, so they really need to address the whole secret identity thing soon. 10) The Cat wore Prada: It’s good to see Cat Grant on screen again and she’s been seen in various comic books since 1987. She’s been a man-chasing, flirtatious but competent reporter and gossip columnist. Beneath that were some dark secrets though, from being a recovering alcoholic and single mother to being involved in abusive relationships and prosecuting her boss for sexual harassment. In storytelling terms, she’s a well-rounded character.

In the Supergirl TV show, Cat is just a vain bully, and the entire plotline of Kara being her P.A. is straight out of The Devil Wears Prada. It’s possible that as the series develops we’ll see more regarding what makes her tick, but so far she’s like J. Jonah Jameson only far less amusing, and with even less sex appeal. Thankfully there’s still time to improve this, and all the other problems.