Their lives couldn’t be more different. One was raised to be the world’s most devastating assassin, the other has been raised in a loving, supportive environment. They’re the children of two of the greatest superheroes of all time, but for Superboy and Robin they’ll discover that stepping out of the shadows of Superman and Batman isn’t easy. More than that, the friendship their parents share is a little frosty at times and they don’t always see eye-to-eye. We review Super Sons #1. 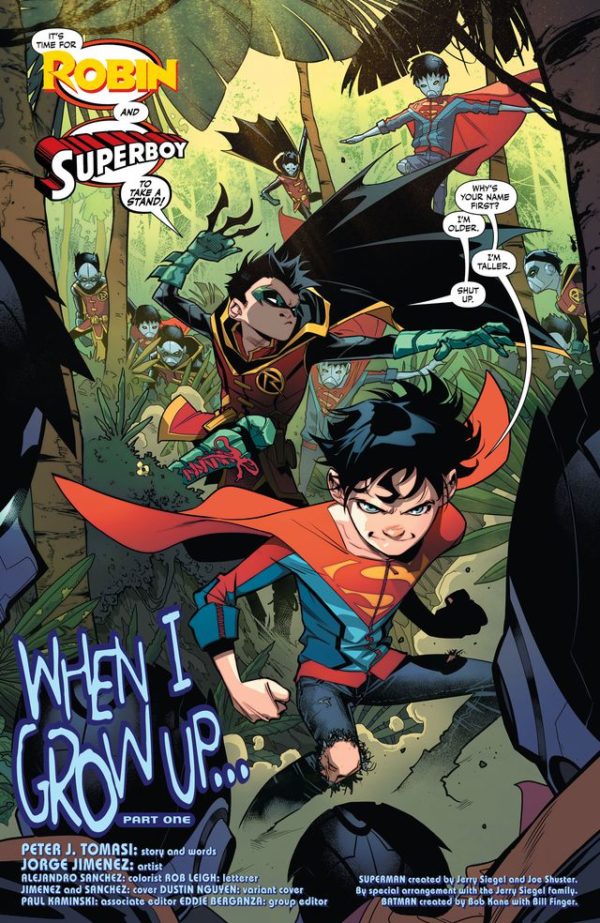 Jon Kent is trying hard to live as normal a life as he can, which means learning to be responsible with his powers. From standing up to bullies to helping out his friends, he’s every bit the son of the Man of Steel. But when Damian Wayne – bored with his own life of mundane homework – pays him an unauthorised visit, the two begin a whole new adventure…

There are a few pros and cons to Super Sons #1. Since I’m someone who believes in knowing the bad news first, let’s start there. Firstly, there’s Damian Wayne. I’ve made no secret of the fact that I’m not a fan of Damian Wayne, so I’ll admit that I’m already biased.

Super Sons #1 didn’t do enough to persuade me to change my mind on Robin, and he’s still the off-putting know-it-all Mary Sue he’s always been. Boasts about his amazing intelligence, ridiculous displays of his mastery of disguises and the demeaning way he treats Alfred may win over some fans, but not this one. What made Batman and Robin such a great team was how they both benefit and learn from their dynamic, and in the one scene Robin shares with Batman here it’s clear that neither are better for the others’ presence. The story itself is a somewhat standard origin of Robin and Superboy teaming up. There’s a jarring intro of a kid who seems to be a bad seed straight out The Regulators, before we cut to Robin and Superboy being chased by robots… and then we don’t see either again for the rest of Super Sons #1. These days there’s a tendency to stretch out a tale over more issues, and when the first arc gets reprinted in TPB format it’ll all be one collected story, but as a single issue it’s unsatisfying to have pages taken up by unexplained scenes which go nowhere.

Now for the good news: there’s some real potential here, certainly enough to not write this series off.

Jon Kent, a character I’ve not cared much for either up to this point, comes into his own here. As irritating as Damian is, Jon is a likeable and a sympathetic character – and that’s probably the point. The two are a natural extension of their fathers’ clashing personalities, and it shows. Granted, it makes no sense for Jon to be led around by the nose by Robin even using the excuse of kids being kids, but it’s forgivable.

Also, the potential for them squaring off against Luthor and confronting that bad seed kid makes for a promising prospect.

Super Sons #1 is a decent, if unspectacular, first issue but this could be a series worth keeping an eye on. It has a few too many moments where you’ll probably roll your eyes at the writing, but there’s real hope for the future. And after all, isn’t that what we want from kids too? 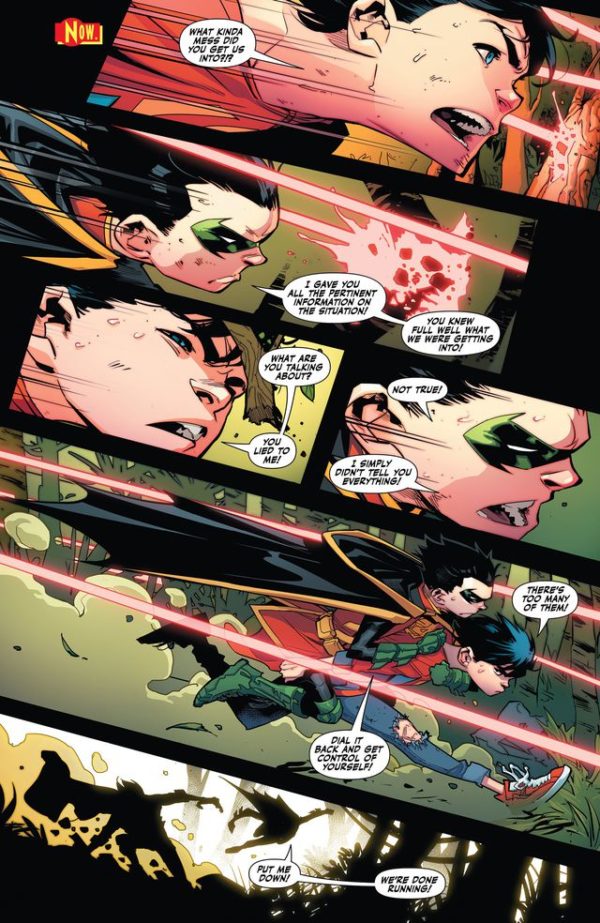