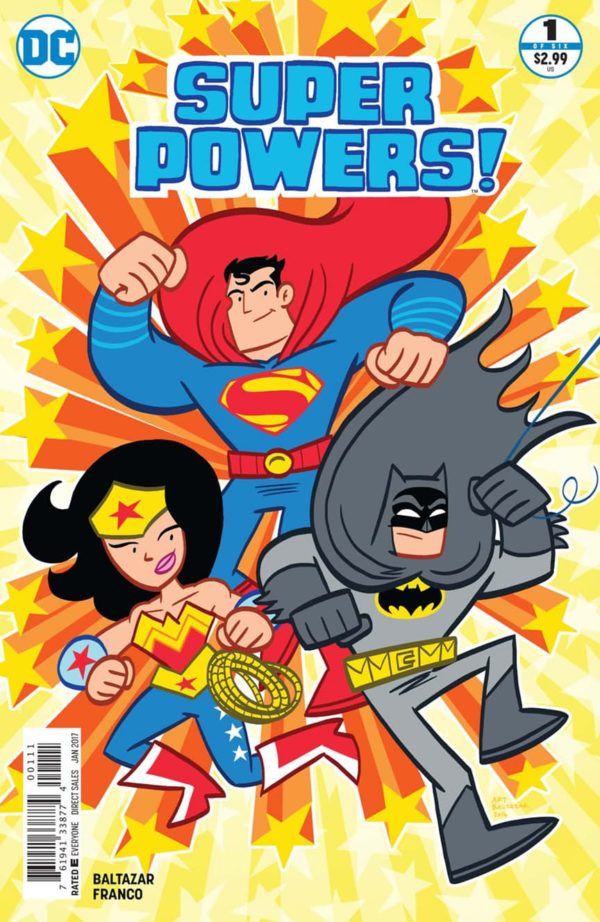 Batman has disappeared! Commissioner Gordon asks Superman to lend a hand in Gotham, and before long the man of steel finds himself on the trail to Kandor where he has to battle against Brainiac. Thankfully, Wonder Woman has joined him and, with a rescued Batman, DC’s trinity of powerhouse heroes set out to save the world (several worlds, actually) from Brainiac’s villainous reign of terror… Okay, if it’s a review of Super Powers! #1 you want, here it is: 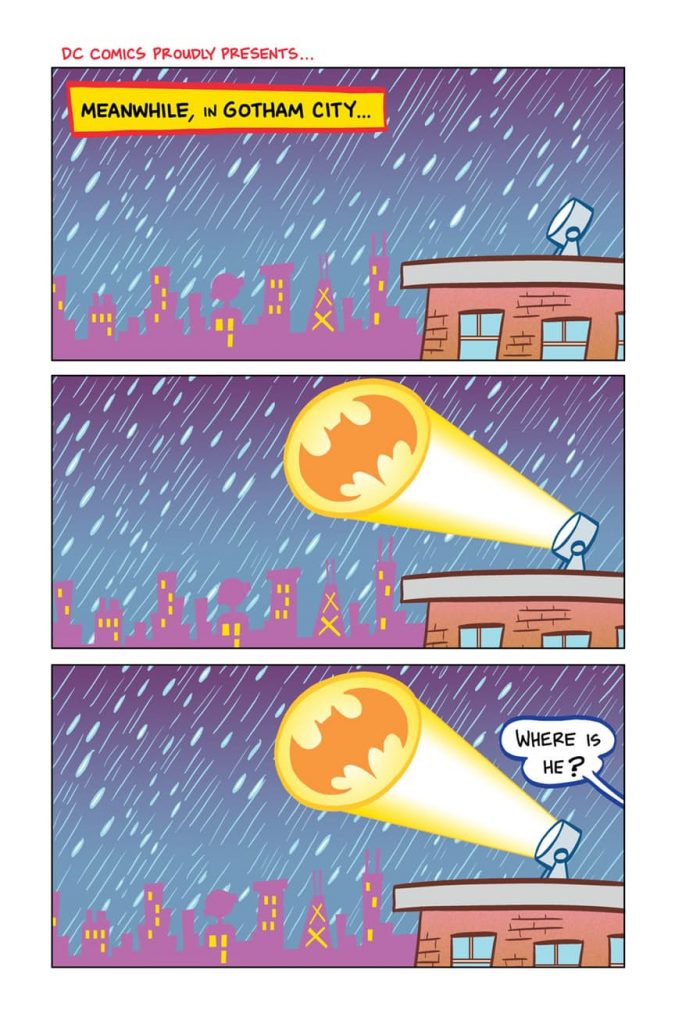 Super Powers! #1 stinks. The script is dumb, the art is lousy and it’s a waste of time even bothering with it.

But that really isn’t the problem. There’s something else going on here, so before anybody complains that I’m not the target market or that I don’t appreciate what they’re trying to do with it, then let me say that you’re wrong. I am the target market because I’m in the “all ages” demographic, and I totally get what they’re trying to do with it. This is about something bigger, so hear me out and maybe you’ll agree with me.

See, I’ve been reading comic books for a long, long time. I grew up reading them and I’m still a fan. I’ve seen comic books evolve from being (supposedly) just for kids to being respected pieces of literary genius, and the landscape has changed dramatically. But one of the things which bugs me these days is how comic books, in a bid to be taken more seriously and boost sales with adults, have become more skewed towards that specific demographic. Age ratings on covers proudly boast that, while the average book may not be for mature readers, it’s certainly aimed at the TEEN+ market and excludes anyone younger. 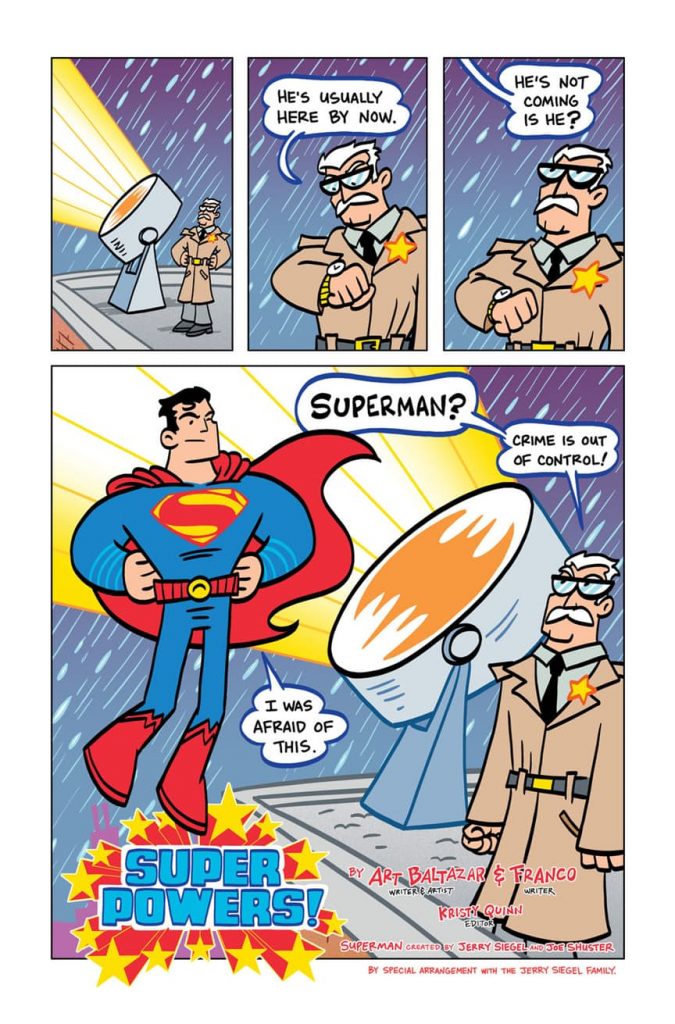 Which is kind of weird, since the characters in those comic books are guys like Batman, Superman and the JLA… whose adventures I read even before I was a teenager. They sell toys and clothes of those characters for little kids, but not really the comics anymore.

See, comic books used to be for all ages anyway. They weren’t dumbed down, like Super Powers! is. They were quality productions for everyone. One of the first I read was a New Teen Titans written by Marv Wolfman, drawn by George Perez, and it covered some pretty serious stuff. I was hooked on it and the characters in it, not because they were kids in bright flashy costumes doing superkid things, but because it looked incredible and told a smart story, even if at the time I didn’t understand all of it.

It didn’t talk down to kids to succeed, it raised them up as equals. It appealed to readers of all ages for all sorts of different reasons, and they seemed to know that it could be as great a read for kids as it was for adults. It truly was an entertaining all ages book, and if you were a kid reading then it was a real treat to be included. It elevated a younger reader like me to want to keep reading comic books by offering something which wasn’t just for kids. “All ages” doesn’t mean “let’s make it for little kids”. It means adults and kids alike can enjoy it equally, even if for different reasons. Now we have Super Powers!

The new theory is that “all ages” means it has to look like a kid drew it because it’s skewed towards kids, and it has to have writing so weak that the most intense emotional moment is Lara saying “Oh dear!” when it turns out Brainiac has been a bad boy. Seriously. Just think about that for a second. 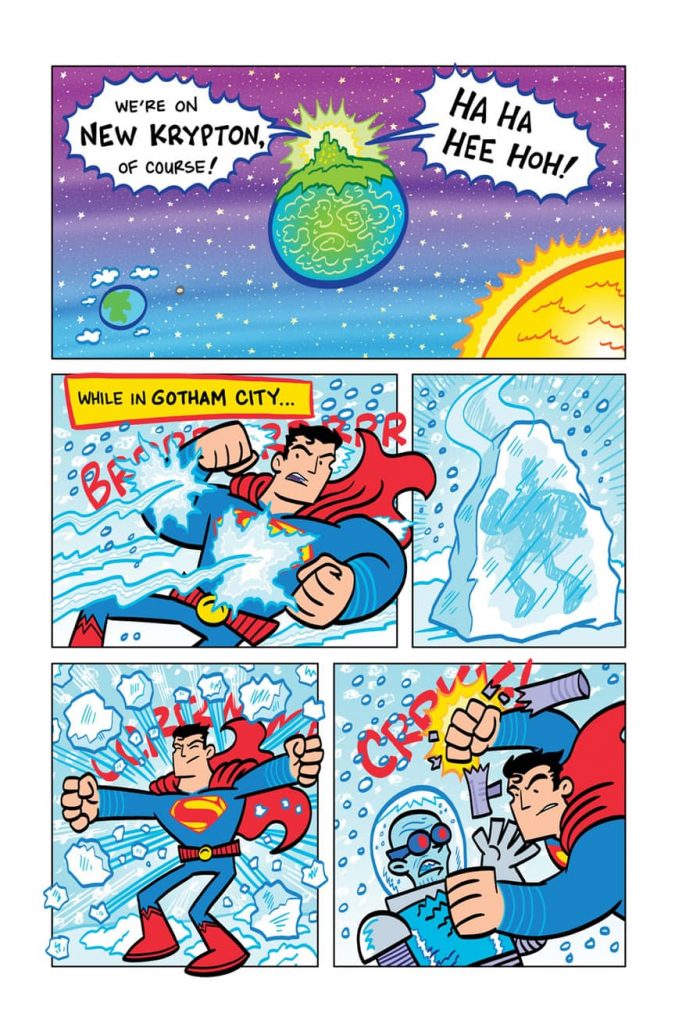