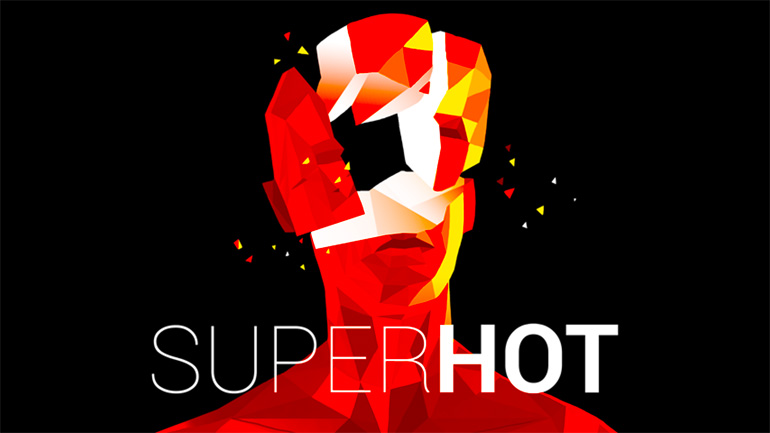 SuperHot is a deceptively simple game about killing red guys before they manage to kill you. And while this premise does sound simple, it’s the mechanics involved in bringing a swift death to your foes that make this one of the most unique first-person shooters I’ve played in some time. Interestingly enough, the game doesn’t immediately start with you loading your red-hued enemies full of lead but, instead, you find yourself staring at an old school operating system called piOS. Through various text chats, and by rummaging through the nostalgia inducing menu system, you start to uncover the truth behind SuperHot. After being coaxed by an unnamed friend to run the superhot.exe file, players are transported to the minimalistic world.

Dropped into the stark white environments of the game, players are tasked with eliminating red coloured enemies. This all might sound like standard first-person shooter fare. You pick up a weapon, aim it at your target’s head, press a button and bam! Problem solved. In SuperHot, however, time moves when you move (although, it does creep along ever so slightly even when you are stationary). This gives players a chance to survey their environment and plan their attack with the utmost precision. Let’s say, for instance, you are stuck in an elevator with three red guys, each armed with a pistol, in most first-person shooters you would be tempted to beat the living daylights out of one guy and try to grab their gun before his friends can get a shot in. This would most certainly end up with your blood staining the nice (and surprisingly white) elevator carpet. In SuperHot, however, you are afforded a chance to run each scenario through your head. You could shove one of your enemies causing his pistol to fly gracefully through the air quickly grab it, fire of a shot into the second enemy’s head and then finally throw your pistol into the third, catching him off guard before beating him with your bare fists. 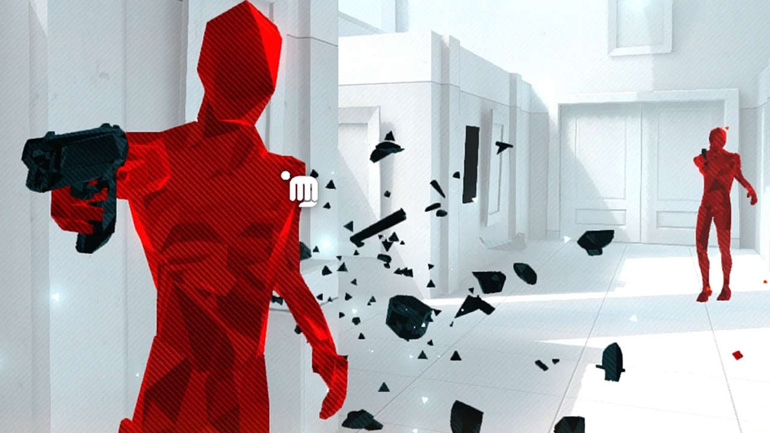 What the time manipulation mechanic does is change a run-of-the-mill first person shooter into a bullet dodging puzzle game where each move could mean the difference between ending up with a bullet whole adoring your head or with your opponents shattered remains covering the pristine white environment. You constantly need to be aware of where each enemy is, what they are armed with and what direction they are moving in. When firing a shot, you need to consider the movement of your enemy, working out when the bullet and the squishy parts of your target would intersect. Oh, and of course, you would probably need to take into account the guy behind you with the shotgun aimed right at your head.

The key to victory lies mostly in moving slowly and keeping an eye on every element in the environment. This is a direct contrast with how first-person shooters normally play. They usually rely on quick movements and loads of jumping. Try this in SuperHot, however, and you will certainly end up being very dead. 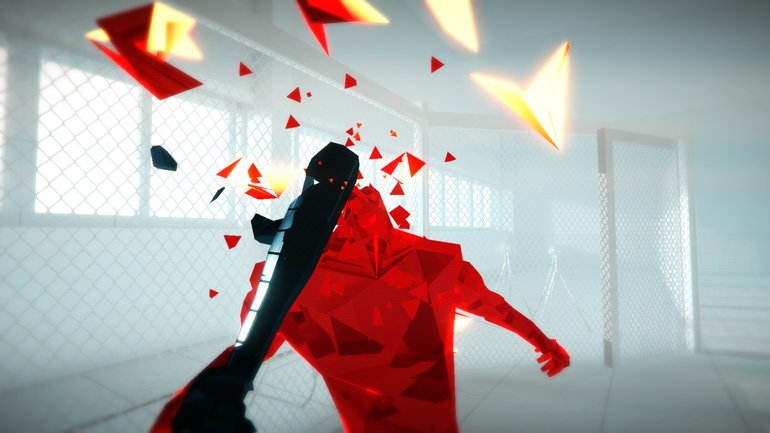 With environmental awareness playing a considerable role in successfully completing each section of the game, it makes sense that the game uses such a minimalistic and limited colour pallet. There is never a moment where you find yourself confused about what’s going on around you. It helps boil things down to: bad things are red (enemies), killing objects are black (various weapons) and the rest is white. It’s this simplicity that helps focus the player’s attention on what matters.

After completing each section, players are treated to a real-time playback of their playthrough and it’s in these moments that you realise just how much like an action hero the game makes you feel. Seamlessly dodging bullets, throwing items at unsuspecting foes and firing off a salvo of shots into a nearby enemy looks effortless when played back in real time. The game succeeds in making you feel like a bullet dodging Time Lord, while at the same time making you consider that you might be a bit out of your depth. It’s an interesting dichotomy that permeates each aspect of the game. 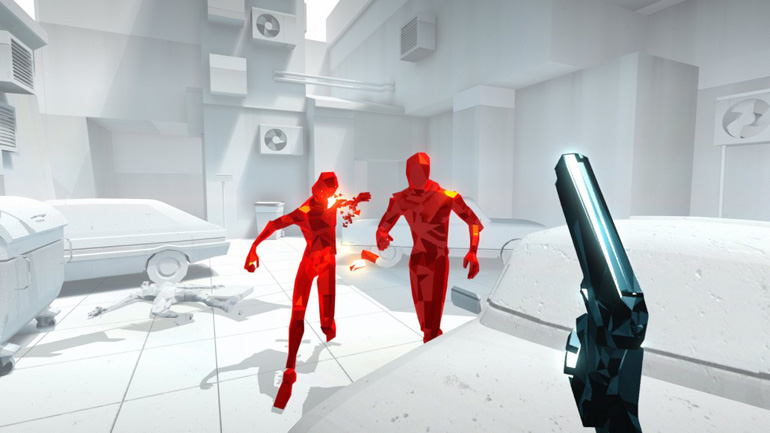 While the story initially seems to centre around you playing a game with the object of defeating each wave of red guys it throws at you, the narrative soon veers off into a more darker territory. The game starts to realise that you are playing it. It doesn’t take long for the game to start requesting that you stop playing. These requests soon turn into more threatening demands. While I don’t want to spoil too much of the narrative, much like the game’s deceptively simplistic mechanics, the story evolves in a manner that makes you realise that there is a lot more depth to it than you first comprehended.

Most of the game’s replayability is found in the challenge modes that unlock once you have completed the main campaign. These modes include limiting the weapons you can use during your playthrough to speed run challenges. There is more than enough here to keep players coming back time and again. 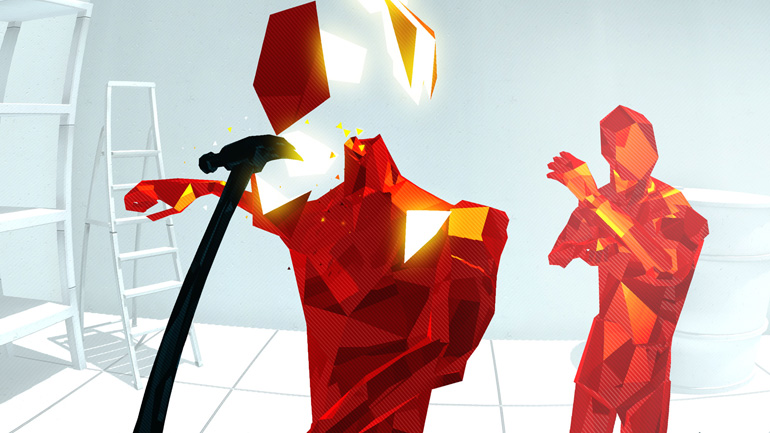 SuperHot is a game that revels in slowly unveiling itself to you. It starts as a slow burn but quickly evolves into an addictive, action-packed experience. It’s a game that taught me that time might be on your side but she is a fickle mistress. You might feel like Bruce Willis in one of the Die Hard movies in one moment, but one misstep could have you end up like so many action movie villains – with a bullet in your head.

While SuperHot might not look like much at first glance it’s a game you should not miss.