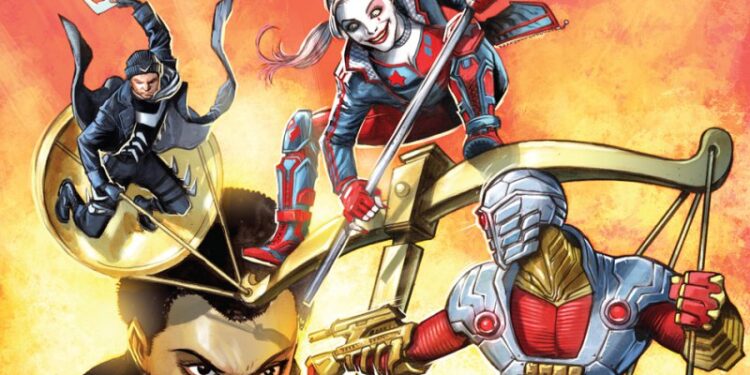 With all the hype around the Squad lately, it’s hard to forget just what made them so great in the first place. Thankfully, Suicide Squad: War Crimes Special #1 lives up to its name because it’s just that: special. [dropcap]W[/dropcap]hen George Carmody, former US Secretary of Defense, is kidnapped and taken to the Netherlands to stand trial for war crimes, it’s time for Amanda Waller to give the green light to her team. Except the rules are different this time. Since both the detainment facility where Carmody is being held and the court where he’s to stand trial are almost impossible to target, their only chance is to rescue him whilst being transported. However, there’s a team of super-powered mercenaries standing between them and their target. Worse, unless the Suicide Squad pulls off their job perfectly, the bombs used to keep them in line will be detonated.

What follows is an ingenious game of bait-and-switch, requiring tactics and guile to execute their task. Between super-powered battles, back-stabbing, a surprise appearance by a third force and straight-out gunfights, anything can happen. But is there more to this particular mission than meets the eye? Straight off, a huge amount of credit has to go to classic Suicide Squad writer John Ostrander. There’s been so much emphasis lately on the Dirty Dozen aspect of the team that the Mission: Impossible nature of it has been lost. However, this is one of the smartest missions the team has pulled off in years with enough twists and turns to please both old and new fans. Just about every character is given a chance to shine individually, whilst the chemistry between them seems natural.

The story is well complimented by the art, allowing the pace of the story to keep ticking over. It may not quite ramp up the action appropriately at times, but it’s never dull and each character looks their best. So much is conveyed from their facial expressions, as it should be, and this is one of the few times in recent memory when Harley Quinn’s updated look truly works. As for Waller, this is The Wall fans know and love, being both an imposing force and a sly player of the espionage game.

Suicide Squad has been saturating the market lately, enough to turn some readers off, but if you’re looking for a return to top form then this is it. Now, with some luck, we’ll get more stories like Suicide Squad: War Crimes.