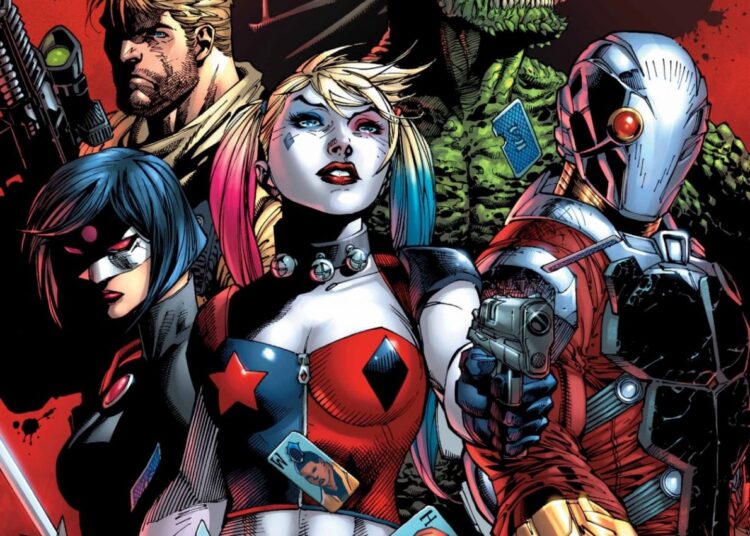 One of the biggest reasons to get excited for Suicide Squad #8 is because it includes the prelude to the gargantuan Justice League vs. Suicide Squad event that’s coming in 2017.

If this is your sole motivation to pick up the book, however, I must warn you the “Warm Heart” prelude, featuring Killer Frost’s arrival at Belle Reve, is only eight pages long, and doesn’t reveal an awful lot. That said, issue #8’s main story delivers the most fun Suicide Squad stories in years and makes us fall in love with Jim Lee’s inimitable art style all over again. I wish Suicide Squad #8 had come out 18 months ago, so I could’ve sent it to David Ayer and said, “Here. This is what the Suicide Squad should be.” Rob Williams gets it—he understands what makes Task Force X tick and how to show the funny side of a group of delinquents working together. The humour isn’t forced, some characters actually despise each other no matter what the outcome, and it flows naturally without the need for ludicrous exposition.

As the prisoners and staff of Belle Reve go insane—except for Harley Quinn who gathers her marbles—the team needs to battle their wits and defeat an angry General Zod. Under normal circumstances, the Suicide Squad wouldn’t even be able to look at Zod, but somehow Harley (yes, Harley of all people) rallies the team and executes a plan. It’s ridiculous, insane and absolutely everything the Suicide Squad should be. Remember when you’d pick up a comic book and dream of having half the talent the artists had? This is the same sort of book that takes you back there. While we’ve all criticised Lee for his output and rushed work over the past decade, he’s shut all our traps by illustrating a monster of a book. This is classic Jim Lee—the art that inspired a generation of artists.

As several Rebirth titles struggle to find their footing and perfect balance of what old and new fans want, Suicide Squad #8 hits it out of the park. This is the DC Comics everyone wants to read and experience. This is what we want.