Styx: Shards Of Darkness Review – Master Of The Quip? 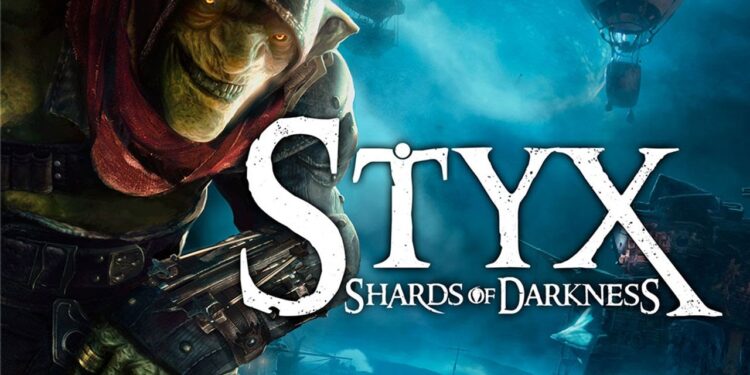 In 2012, French developer Cyanide released Of Orcs and Men, introducing us to the world of Orcs, Humans and Goblins. The franchise has a rich lore and intriguing storyline to keep you enthralled for hours. In 2014, the developers released a prequel to the events in Of Orcs and Men, re-introducing us to the goblin Styx, along with his origins, which played out in somewhat of a complicated tale in Styx: Master of Shadows. The team has recently released the sequel, Styx: Shards of Darkness. Styx is a foul-mouthed goblin. Even more unique is his ability to speak the human tongue, being the only goblin to do so. But above this, he’s also very witty, and quick on the quip and pun during the many different encounters he finds himself in.

Unlike the first game, Styx: Shards of Darkness is less convoluted in terms of its story and focuses more on the game’s mechanics. The story branches out from the narrative of Styx and aims to tell the story of a greater world, including the Dark Elven city of Körangar, and the alliance between the Dark Elves and Dwarves. But don’t let the simple plot fool you into thinking the game isn’t well-rounded, intriguing or thought-provoking. There are a lot of elements and underlying tones within the game that play out in modern society. And the humourous manner in which the story plays out is memorable.

Styx: Shards Of Darkness introduces a number of new faces. While the narrative isn’t about Styx, his character still demands attention and steals the show here. The cut-scenes between respawning are nothing short of brilliant, with classic chirps such as “is that a controller in your pocket or are you just happy to see me?”, as well as numerous pop culture references such as the death scene from Terminator 2 when Arnold slowly descends into the melting metal. I can’t say for certain if the simplistic story improves the humour, or whether its the humour that carries the story. Either way, it doesn’t really matter. The mechanics of Styx: Shards Of Darkness are solely based on stealth and stealth alone. I did, at first, question the need to remove one-on-one combat to the game whenever Styx is spotted by an enemy, limiting his moves to a simple parry, before re-engaging his standard swiftness of killing an opponent. But the more I played, the more I realised that it would take away a great deal from the game, which markets itself as an out-and-out stealth title. There aren’t many of those around these days, the only other that easily comes to mind being Hitman. That said, there are moments when you’re forced to engage in “combat” with an enemy, in which you have to parry a series of attacks, which become somewhat frustrating as the timing isn’t always great between pushing a button on the controller and it being carried out onscreen.

The world of Styx presents itself as a series of vertical structures amidst large caves, waterfalls and rock faces. The size of some of the different city maps is a great prospect when you don’t always wish to follow a linear path, from point to point in a quest to complete each mission. Instead, I found myself becoming an expert in stealth exploration as I unknowingly sought out all possible kills in an attempt to avoid being spotted by the next person you encounter. As is often the case in many games, I try keeping my kills to a minimum, not wanting to waste resources or time. But there’s something oddly pleasing about sneaking around in the shadows as you strike down your next victim without as much as making a sound or them ever knowing what hit them. The game has a few side missions thrown in along the way, although nothing too great that will prevent you from following the path of least resistance as you play out the main objectives. That said, there’s quite a lot to explore here. I’m a bit hesitant to call this an open world game, mainly due to the fact that environment isn’t your typical open world framework. You’re often left exploring a map from bottom to top, or verse visa, and not so much horizontally.

In fairness, though, you’re not as limited in movement and exploration as you would expect from a game where one of your main progressions is scaling walls. There are a few rope swings you’ll have to learn to master – another of the annoying elements of the gameplay. It’s not so much that I have to do it, but that aligning your swing between two ropes is a bit of a strange beast and, while not impossible, does make for a number of death cut scenes. This is something which Styx is only too happy to point out as he orders a pizza while claiming that “we might be here a while”. After each of the missions you complete, you gain points on the amount of kills, stealth, etc. you achieved, the biggest of which comes from completing a stage without any killing (although the reasonably good AI makes this somewhat of a challenge, sometimes impossible). The points garnered help you expand your skillset tree, which branches out into Kill, Alchemy, Cloning, Perception and Stealth. Kill, Perception and Stealth are a natural part of the gameplay, whereas Alchemy and Cloning require amber and other potions to carry out. There are certain points in the game where creating a clone is a necessity but, for the most part, I avoided using any amber to complete a mission. I preferred killing an opponent, knowing he was out the way, as opposed to luring off to the side with a clone as you sneak past.

The game progresses through nine missions, with an estimated 15-hour playthrough. There are, however, times when you return to a specific city/map only to find more areas unlocked, with even more guards on the lookout, often with added armour. This makes killing a lot harder, and sometimes not possible. This is when you need to become a master of stealth, what the game has drawn the most attention to. It’s unavoidable and gloriously so. Learning how to use a clone is a necessity best learned at the start, something I found challenging the further you progressed into Styx: Shards Of Darkness. Even more challenging at times were Styx’s ability to cloak himself, although certain races, like the Dwarves, are able to pick up his scent even when invisible.

Styx: Shards Of Darkness runs on Unreal Engine 4, so you know you’re in for a visual treat. And that’s exactly what you get. Unfortunately, most of the breath-taking scenery is observed at a distance, as you find yourself on a high rooftop overlooking the ocean and sunset. Not many of this is brought forth into the cities, as you’re often left clambering in tight spaces, observing nothing but four walls, or the inside of a large cabinet or chest. This is a shame as there is potential to unlock quite a few beautiful moments.

As always, the background track, environment and action sounds add a great deal to the gameplay. You know you’re in danger when the soundtrack switches to something a lot livelier, providing a sense of nervousness that you’ve been spotted. In addition, the amount of work gone into Styx’s dialogue deserves a lot of credit, as there’s a sense of spontaneity in responses in the game, and not only during your many, many deaths. I loved every moment of Styx’s banter, puns, sometimes crudeness, and even dad-jokes scattered throughout, breaking through the fourth wall almost at will. Having already mentioned his foul-mouthed antics, the humour may not be everyone’s cup of tea, but if the stealth killing isn’t an indicator or what type of game this is, the cursing is obvious. Oddly enough, it’s this rude humour that makes Styx a lovable character, and I’m not certain if that’s simply due to an extension of myself (a scary thought) or just his level of engagement throughout.

The stealth gameplay adds an element of engagement within the game, and while it isn’t without its flaws, delivers a great mix of fun and suspense. I didn’t touch on the multiplayer mode, which allows you to co-op missions online, as I didn’t get to enjoy this aspect of the game. That said, as with most co-ops, enjoying it depends heavily upon the type of player you’re partnered with, as the joy is almost sucked right out when you’re left having to carry your partner’s lack of capability.

What’s also great about Styx: Shards of Darkness is that it can be played as a stand-alone title outside of the franchise, although this does make for a great addition to the ongoing series, and may actually eclipse the original Of Orks and Men franchise.