Uncharted Movie Gets A New Director

Since it’s announcement the Uncharted movie has gone through directors like Nathan Drake goes through bullets, which is quite a few.

It was revealed by Deadline that Sony’s Uncharted movie will now be directed by Shawn Levy, who also directed a few episodes of Stranger Things. Deadline also reports that the movie has been fast-tracked.

Although nothing has been revealed regarding the script, cast or basically anything to do with the movie we do know a few (very few) details.  Joe Carnahan, who is directing the next Bad Boys sequel, has been responsible for the scripts latest draft. Carnahan also penned the scripts for The A-Team, Smokin’ Aces, and The Grey. Charles Roven (The Dark Knight), Avi Arad (Iron Man), Alex Gartner (Warcraft) will be producing the film.

I’m not quite sure if I really want this movie to happen. It has the potential to either work out great or ruin the franchise for many Uncharted fans. I’m really hoping it works out (please let it work out). 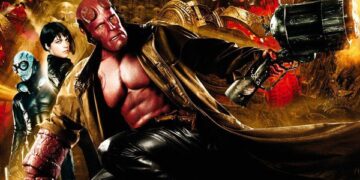