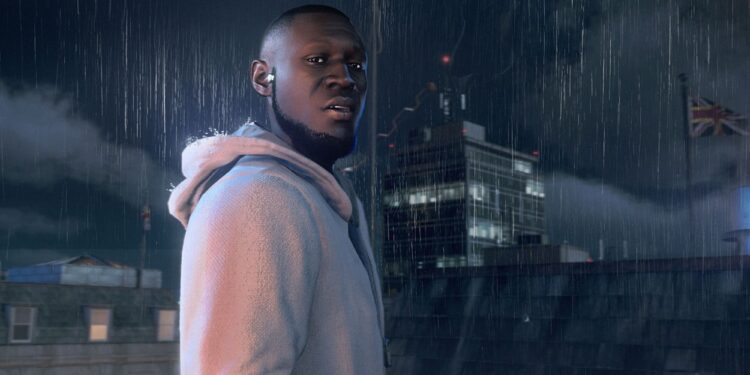 Ubisoft’s Forward event (where they tell us all about upcoming games and other announcements) revealed a cool new collaboration for Watch Dogs: Legion. UK rapper Stormzy will not only feature in the game, but he will debut a brand new never seen before music video that’s been 100% created in the game itself.

If that doesn’t get your “I can’t wait please just release the game already” feels up into overdrive, I’m not sure what will.

What We Should Expect from the Cameo

The company has released a reveal video to act as the official announcement of the collaboration. In addition to the music video and Stormzy’s next level rapping skills, the game will also feature a special mission.

The mission will feature Stormzy in more than just a little cameo role. Titled Fall on My Enemies, he will be seen working with resistance group Dedsec. Of course, this is where you come in…!

There are no more details other than this, but it’d be great to get the chance to play as Stormzy, or to collaborate with him for an extended stretch. Whatever the setup, it promises to be a legit addition to the game. Why Stormzy is Certified Awesome

It’s fantastic to see a big name like Stormzy getting involved. His music is top-notch and the guy has a lot of praise from the critics, so the music video promises to be good.

But what I really like about Stormzy is his involvement in charity, and his passionate stance when it comes to social justice causes. He very much represents what the game is going for: speaking up for those who can’t, fighting on behalf of the oppressed, and holding the government and those in power accountable, no matter what the backlash. It’s a celebrity collaboration that makes sense, rather than a simple stunt to make some extra cash.

What We Love About the Original

The Watch Dogs franchise has always been divisive, with opposite sides of the table reviews on aggregators like Metacritic. But the hardcore fans are just that, super hardcore. The game has some unique features that keep players sticking around, even though the original is six years old.

While we have a little inkling about what Legion is going to offer players, we hope they keep plenty of what made the originals so playable. The Stormzy announcement is incredibly exciting, and I hope they stick to this line of thinking for the other additions. But to give your mind a little refresher, here’s what I hope sticks around from 1 & 2. 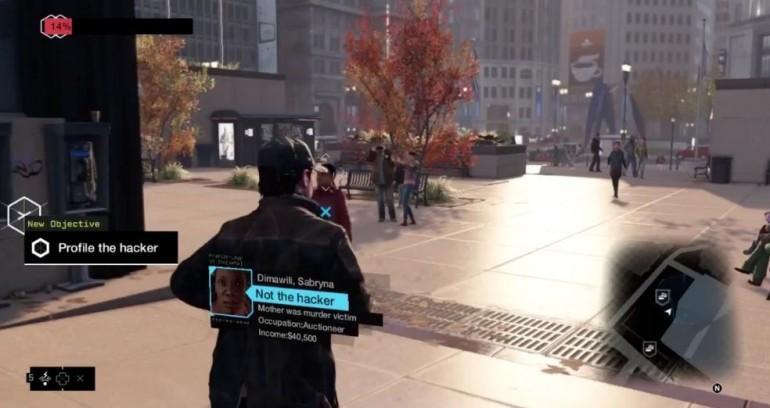 Watch Dogs is all about the immersive storyline and its lead protagonist, Aiden Pearce. He has a mission: revenge.

It’s a simple story, but executed to perfection. I love the brooding edge that Aiden gives off, the single-mindedness of his desire for vengeance, and how the storyline all tie together.

Watch Dogs 2 continues with the exciting narrative. You leave the original protagonist behind, but the feeling is the same. More of that, Ubisoft.

The minigames are a great way of stepping out of the main storyline, earning a bit of extra cash, and having a bit of sideline fun. The original features chess puzzles (which can unlock the Maximized Focus skill), Cash Run (which was disappointingly left out of the sequel), and my guilty pleasure: slot machines and poker.

I’m a casino nut, so for me, the gambling option is a cool way to earn some cash in the game. It’s quite an immersive experience, and the slots feature graphics that resemble the real money slots you can play online.

One of the things that I love about Watch Dogs is the side operations, aka side quests. They’re littered around the game, and offer a nice respite from the main narrative. And you can get some seriously cool weapons, skills, and vehicles.

Some people have said it makes the game confusing or convoluted, but, in my opinion, it adds a fun layer of gameplay that allows you to make the game your own.

The City is Alive

I think you’re starting to see what I like about Watch Dogs: the open world. It’s what sets it aside from other games.

One of the aspects that achieves this is the setting. The city isn’t just an adornment, a background that serves the storyline. No, it is alive. Interesting characters, stuff to do, sights to explore.

I love the main storyline, but Watch Dogs is all about the open-world element. I don’t want to feel like I’m playing a straight arrow story, a preordained path; the idea is to feel like you’re living your narrative. Side quests help achieve this by giving the player agency. Let’s hope the sequel stays true to this concept.

The Countdown is ON!

The delays, they hurt. I’ve been looking forward to this game for a long time, with the original release date double and triple circled on my calendar. But after an initial pushback to March 2020, the company announced yet another one.

But now it’s definitely coming. The company has confirmed the October 29 launch and all systems seem to be on GO. I’ve taken a week of vacation, plan to turn off my phone, and the delivery drivers will be left a note to leave everything on the porch. No one is getting me off that gamer’s seat.