A Look Behind The Curtain At Ster-Kinekor’s IMAX Having released for the first time in 2013 at Gateway in Durban, Ster-Kinekor has launched seven IMAX theatres across the country, the last of which was unveiled at Mall of Africa in April 2017, and much more on the horizon. I’m a big fan of the IMAX, having previously travelled to Cradlestone in Krugersdorp from Midrand at least twice a month to catch the latest blockbuster on the big screen. But while I enjoyed the overall experience of high-quality cinema, there was always an underlying desire to know more about how it all works and how it’s put together. Ster-Kinekor were kind enough to open their doors for me to explore the world beyond the ‘simple’ projection on-screen and see what really makes IMAX tick.

IMAX theatres not only provide a unique experience to users, they also offer a global standard across the globe, which include highly efficient, highly secure, and highly automated movie screenings wherever you may be. As little as 10 years ago, films were still shipped by means of reels, which had to be unpacked, loaded and fed into each of the analogue projectors, often having to repeat the process 10 times a day. Not only has the process become a lot more secure, but also a lot more efficient… unless, of course, you’re having to explain it detail by detail.

Movies are still shipped by means of a physical medium, in the form of a terabyte hard drive, which is then ‘ingested’ (i.e. copied) by the control unit. Each movie on average consumes between 250GB and 300GB of storage, with animated films less than 100GB due to the difference in codecs (coding and decoding) used since animation uses fewer colours. To provide additional security, each hard drive is encrypted with a unique key, which means it can only be played on a single machine for a specific amount of time. Security measures are further increased by splitting the playable file into 15 to 20-minute chunks of XML, which are ‘stitched’ together during playback and synced with the sound. There are a few additional measures in place to maintain the integrity of each of the screenings, which highlights the steps needed to guard against piracy in the event that any of the drives were to be stolen or leaked beforehand.

All of these initial steps are handled by the control box, which also performs another important step in the process – automation. Gone are the days whereby projectionists were required to drive the complete behind-the-scenes setup and screening. Instead, the control box can be updated once in a week to ingest the content, along with pre-scheduling of ads, trailers and the feature film to keep everything running on schedule. In addition to this, the box can also be accessed via secure VPN and controlled remotely by the SK engineers. The IMAX projectors themselves are quite the mini-marvel, not simply by means of the actual projection, but all the inner workings. The dual setup projection system runs in the form of a slave and master, with the former weighing a reasonable 150KG, whereas the master well above 800KG. In order to keep all the components at its highest performance, the integrity of the projectors has to be maintained, which means that only one or two panels from the box are allowed to be opened, the rest of which will trigger alarms and trip the projection. As a result, these beasts require specially coordinated planning to install in the theatres. This, no doubt, has caused quite a lot of headaches for the team, who’ve had to take down a wall, ramp and pully system to bring IMAX to already existing theatres, only to have to rebuild those said walls once in position.

The projection system is complicated. In order to provide optimum projection and keep to the running schedule, IMAX requires the projectors to be running for the entire work day, with only a set of shutters used to black out the screens once the movie has ended… again, an automated process. There is some manual intervention with the replacement of the massively powerful lamps, which have to be changed every 4-6 weeks depending on the wear on those lamps over said timelines. The IMAX lamps themselves are a force to be reckoned with, requiring special protective gear to handle, even when not powered up. There’s enough energy generated through each of the lamps to create a tiny explosive, so maintenance and integrity are high on the list of daily checks from SK around the country.

The xenon short-arc lamps produce more than enough light emission, which means that they’re typically only run within 80% of their maximum output. This is increased even further by projection from two lamps concurrently, which is why brightness is so much better than the standard theatre projector. There are many who’d argue that during 3D playback the lighting isn’t bright enough, but when you consider the amount of light lost through the lens reflection off the screen, and then again through your 3D glasses, you can understand why. Also, it’s not just a matter of turning this up higher as it would create damaging effects to the naked eye.

When it comes to sound, the IMAX theatre setup has a strict policy on how the setup is put together. If you’ve sat through the introductions leading up to an IMAX screening, you’ll no doubt have come across the visual and audio demo for the system, “taking you from a pin drop to the rumble of a jet engine.” The combination of bass and high-frequency sounds is a perfectly tuned sound system, which has been laser aligned and strategically placed so that you’re able to experience the full effect throughout the theatre. The tuning of the system is complete by means of microphones throughout the venue to measure the exact volumes, frequencies and distortions. Further to that, the system also has a fallback build into it in the event that one or more speakers blow or are distorted. The system then compensates for this by boosting sounds through one of the many other speakers, so you as the viewer are none the wiser. Part of the sound setup extends into the design of the screen. The screen itself has been designed to provide optimum reflection, effectively almost double that of the standard tarped fabric. The screen is silver and the fabric has within it tiny mirror particles within it to make this possible. And as for the sound, there is are a set of front-of-house speakers behind the screen, which means the screen has a perforated design in order allow for the frequencies to pass through without causing vibrations on the screen and around the room and negating any muffled sounds as a result. The screen is also stretched up to 10% when mounted. Standing in front of the screen allows a full view of these perforations, as well as the very notable curvature, giving viewers the best view of the screen from any angle.

Having already mentioned the highly automated features of the typical movie theatre setup at SK, it’s also worth noting that the entire IMAX theatre is being monitored 24x7x365 for optimal performance. Engineers residing in London pick up triggers whenever there’s a misalignment, audio quality drop, or screen brightness off, and prompting the local teams to rectify the issue before the next screening is allowed to take place. With over 1,250 IMAX theatres in 75 countries, this is no small task, over and above the complicated logistics when it comes to shipping of the hard drives and unique keys to authenticate each.

Even further to the above-mentioned details, there’s still a host of other technicalities I’ve skipped over such as the ventilation, networks and other logistical compliances to keep the system up and running. This makes for an impressive, and truly global experience whenever you sit and enjoy your box of popcorn in an IMAX theatre. Having spent an hour behind the scenes at a local SK theatre, I was in awe of the amount of skill that goes into the IMAX experience. It’s times like these I learn to appreciate the perks of my job. 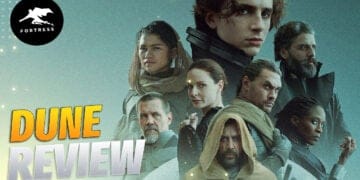 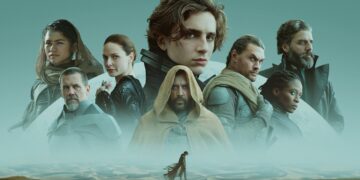