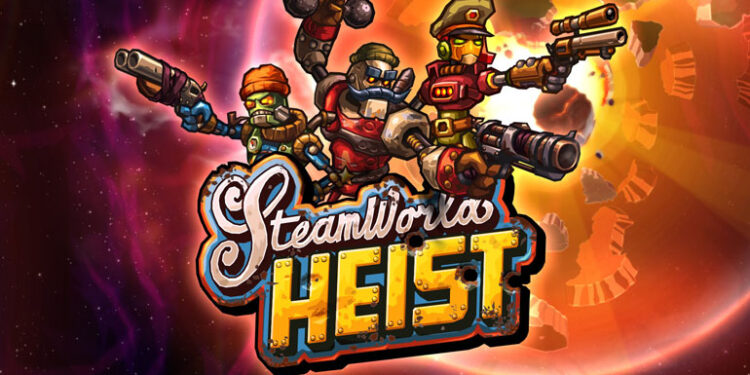 It’s difficult to fall in love with a game. I mean, it’s easy to be infatuated for a short while and then mildly interested, but ultimately the passion fades when the next edition of Resident Evil is released. You’d think to fall head over heels for a game, you’d require 80 fps, 3D-generated face models, Hollywood voice actors and a gargantuan score by Hans Zimmer, right? Well, SteamWorld Heist, the third entry in the SteamWorld series, has none of these things. Absolutely nada. Instead, it’s a side-scrolling, turn-based action shooter created by indie developers Image & Form. But I’ll be damned, this game stole my heart quicker than an 80s rock ballad. Starting off, the game eases you in as you’re introduced to the turn-based gameplay and the mechanics of the world. You learn the basics of where and how far you can move, using and finding cover behind barrels, guarding, aiming and shooting your gun, and all the loot to plunder. It’s likely you’ll breeze through the first couple of levels without hassle, but when the additional characters join your team, that’s where the fun begins.

You’ll need to use the old noggin to plan your moves strategically and identify which character can do the damage for you. For example, some characters have more powerful weapons and can reach opponents in harder-to-reach places. The stages also become more complex as you progress, forcing you to re-evaluate and often course correct as you move along. The stages can get pretty merciless if you screw up, so keep that in mind when planning your heist. Look, it’s not a Dark Souls III kind of rage quit, but you’ll feel slightly annoyed when you lose. What catches me off guard is just how dazzling the game looks. For a futuristic western about robot pirates, it’s clean and uncluttered—think of BraveStarr but with robots. The animation is crisp and background draws you into this space adventure, immersing you in this wild, wild world. Throw in an apt steampunk soundtrack created by Steam Powered Giraffes, and you have an aural and visual pleasure to keep you hooked for quite some time.

Undoubtedly, the heart and soul of SteamWorld Heist is its array of robot characters. Each of them possesses a certain charm and specific attributes to go with it. Much like Pixar, the developers have kept the story simple and understandable but assembled a cast of characters that you want to find out more about. It’s like each mission presents another opportunity to get to know your new friends. Yes, it’s Facebook official: I fell in love with SteamWorld Heist and all its quirks and nuisances. It’s not the most flamboyant or extravagant of games, but all of its qualities put together, make it perfect for me. Once again, this title proves that gamers want something entertaining more than anything else. It doesn’t need to be over the top to be unforgettable; it just needs to be fun. 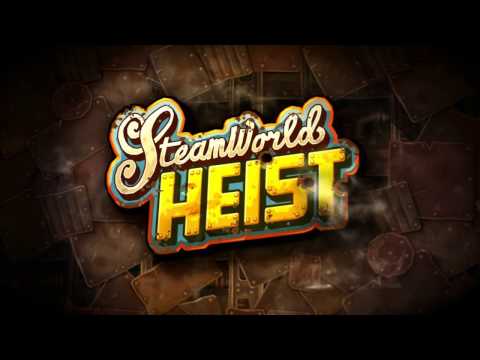