Home > Movies > Star Wars: The Meaning of Each Lightsaber Colour

Star Wars: The Meaning of Each Lightsaber Colour Beyond the simple explanation of “Blue = Good & Red = Bad,” there’s a lot of meaning behind the colour of each lightsaber in the Star Wars universe. Inseparable companions of every Force user, these elegant weapons are amongst the galaxies’ most coveted arms.

Yoda having a green lightsaber or every Sith Lord wielding a red one aren’t just mere coincidences, either. Since every Force user has to create their own lightsabers, there’s a lot of the users’ souls imprinted into these mystical weapons.

Let’s take a look at the meaning each colour in the lightsaber spectrum represents and how they fit in the larger Star Wars mythos. 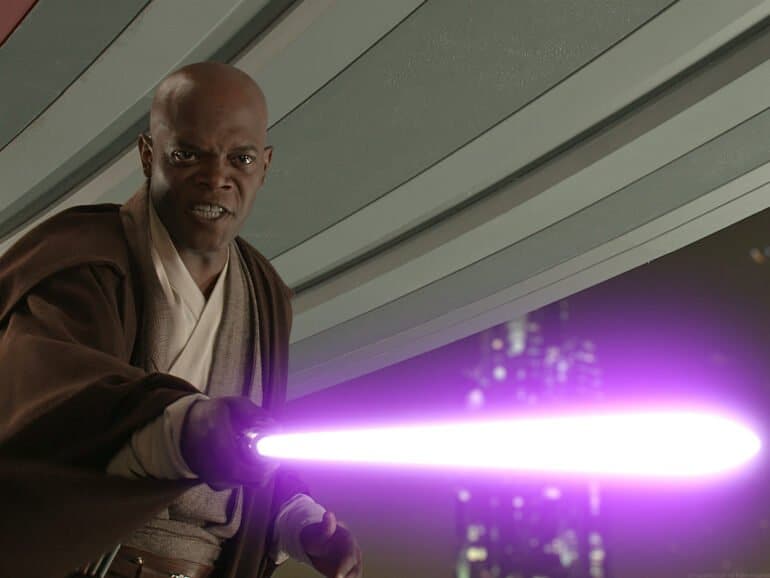 One of the rarest lightsaber colours, there are very few purple lightsabers in the Star Wars lore. One of the most iconic as the one wielded by Mace Windu is a Jedi Master renowned for his strength and combat prowess. Behind the scenes, the purple colour was chosen because it was actor Samuel L. Jackson’s favourite colour – but in the Star Wars universe, nothing happens without a reason.

Built by Windu in his youth, this unique lightsaber used an amethyst-coloured kyber crystal that gave the weapon its peculiar pigmentation. According to most basics of colour theory, purple is usually seen as a combination of blue’s calmness and red’s fieriness; this means that Windu’s lightsaber could represent his skills as a Force user and his impressive physical combat skills. 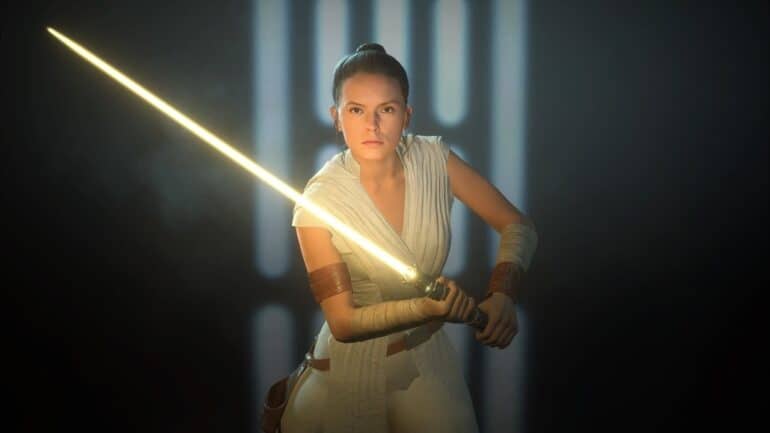 Another rare blade colour, there’s only one known use for yellow kyber crystals, and that’s to make lightsaber pikes. These weapons were used by the Jedi Temple guards: an elite force that was tasked with protecting some of the Jedi’s most sensitive knowledge.

Due to its connections to the Jedi Temple guards, yellow has often been seen as a colour denoting servitude in the Star Wars universe. In the Expanded Universe, an ancient Jedi managed to purify a kyber crystal that was corrupted by a Sith, turning it yellow in the process. This could also mean that yellow denotes purity or casting away one’s own ambitions. 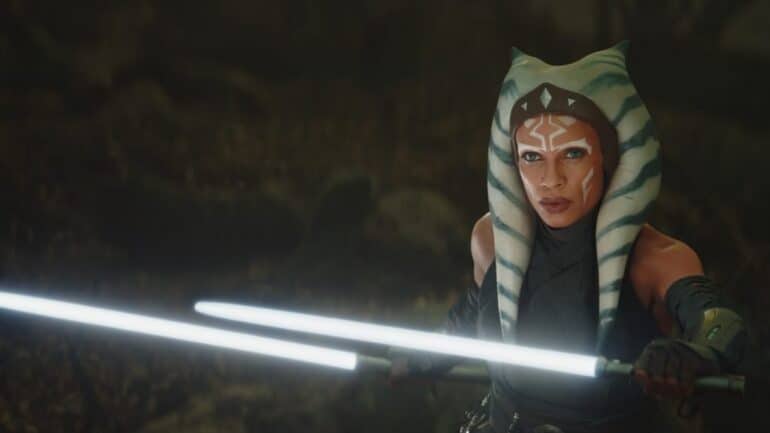 Speaking of purifying crystals, Ahsoka Tano managed to achieve this with two red blades. The result was two uniquely coloured white lightsabers that she wields into battle. The lack of any discernible colour might look a bit bland, but it’s a perfect representation of Ahsoka’s state of mind.

Having cast aside the Jedi and refusing the Sith’s temptations, Ahsoka’s white lightsabers represent her lack of any discerning affinity to either side of the Force. In a way, she’s a balanced Force user who walks the thin line between two powerful forces, so it’s only natural that she had to wield two lightsabers. A blade passed down through combat in Mandalorian lore, the Darksaber is a pitch-black lightsaber with a short blade and a thirst for blood. Created by the first Mandalorian, Tarre Viszla, this unique lightsaber bears some resemblance to a real-life sword, namely its tip and the blade’s edge.

The Darksaber plays an integral part in the lore of the new Expanded Universe, with the weapon appearing in the popular The Mandalorian show. Its unique colouration denotes not only its lethality but also sets it apart from the other lightsabers we’ve seen, perhaps reminiscent of the blade’s shadowy status. 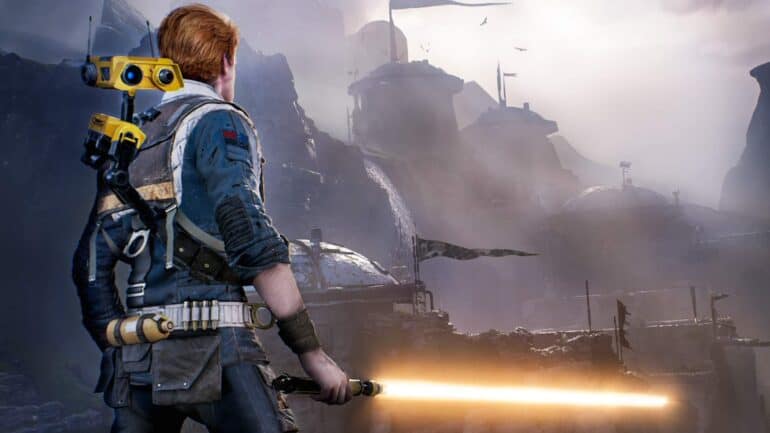 Orange blades aren’t just a rarity in Star Wars lore: their canon status has been the subject of debate over many years, until the video game Star Wars: Jedi Fallen Order was released in 2019. Before then, non-canon appearances of an orange lightsaber were seen in the hands of Jedi Master Plo Koon, who died during the Order 66 betrayal.

This colour has never been linked to the Dark side, despite its close relation to the colour red. When a Jedi, or some other Force user, crafts a lightsaber, they imprint some of their spirits into the blade’s kyber crystal. For this reason, orange lightsabers, as they are a hue of yellow, can be seen as the colour of choice of peaceful and dutiful Jedi. 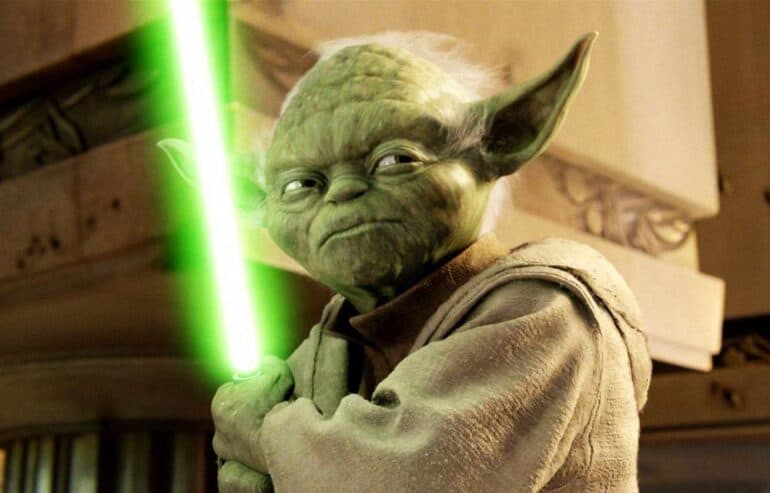 One of the most popular lightsaber colours in the Star Wars universe, green is a calm and peaceful colour that reflects its user’s wise and reserved nature. Famous Jedi who have been seen wielding a green lightsaber are Qui-Gon Jinn, Luke Skywalker, and Master Yoda.

The Jedi Order is a complex organization that goes beyond Knights and Masters. Once a Jedi ascended to the Knight position, they were given the chance to become either a Jedi Consular, a Guardian, or a Sentinel. Green lightsabers were the colour of choice for Jedi Consulars: a select group of warriors that chose to reflect on the mysteries of the Force.

Consulars were seen as the diplomats of the Jedi, achieving their victories through non-violent confrontation instead of outright strength. That’s the reason why we usually see green lightsaber wielders being seen as the voice of reason in the Star Wars movie universe. These skilled mediators rarely unsheathe their blades and would rather use the Force to influence the minds of their opponents. 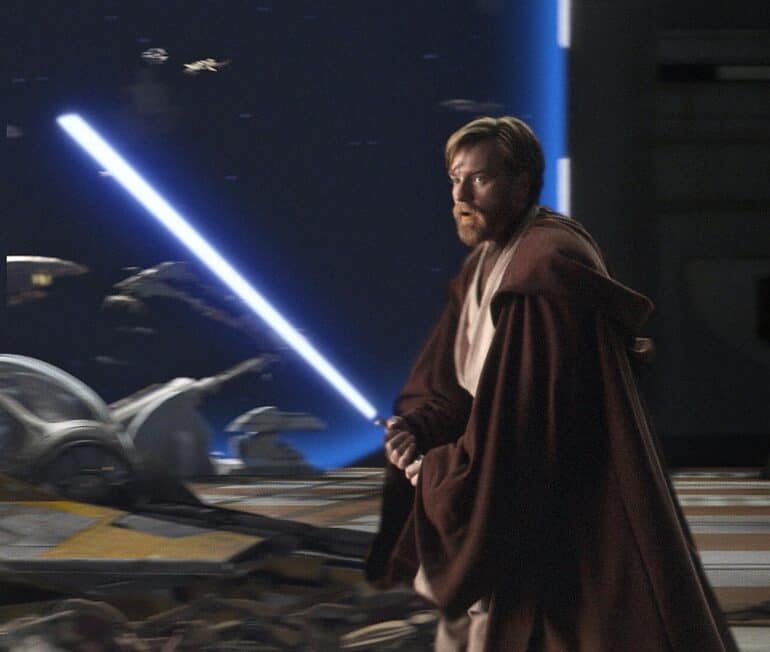 When most people think Star Wars, one of the first images that will pop into their minds is that of two swordmen, one with a red lightsaber and another with a blue one, clashing blades. The “duel of fates” between blue and red lightsabers goes as far as the beginnings of the Jedi Order and is a strong visual representation of the clash between the Dark and the Light Sides of the Force.

But have you ever wondered about the actual meaning of the blue lightsaber and what the colour represents?

Many powerful Jedi have used a blue lightsaber, including Obi-Wan Kenobi and Anakin Skywalker. The colour is usually associated with Jedi Guardians, and it symbolises their strong resolve to fight the followers of the Dark Side of the Force.

Jedi Knights who used a blue lightsaber usually did it to signify their mastery over the physical aspects of the Force. A blue kyber crystal wasn’t all that uncommon, making this one of the most popular lightsaber colours among members of the Jedi Order. 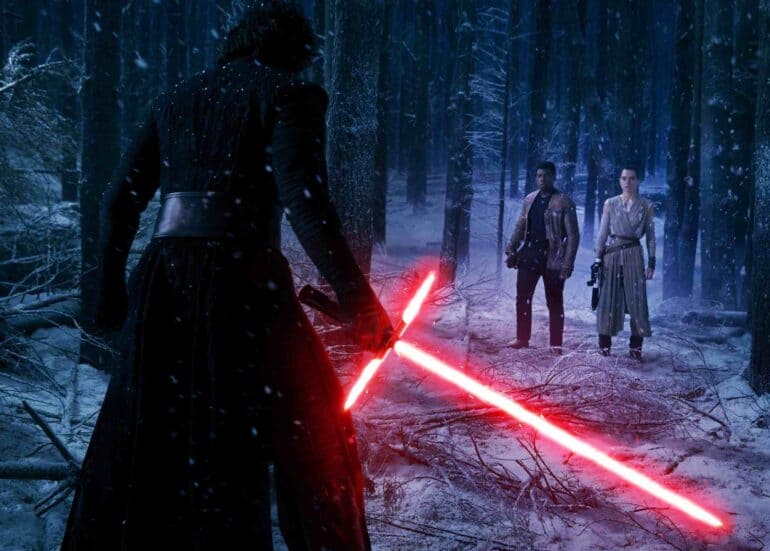 The preferred colour of every Sith Lord, the red hue of a Sith lightsaber holds more significance than any other colour in the lightsaber spectrum. One thing to keep in mind when it comes to the kyber crystals that fuel every lightsaber is that they’re technically living beings. The Force flows through them, so they can also be corrupted by the dark powers of a Sith Lord.

These crystals are usually unresponsive when held by Dark Side acolytes, so their wills must be broken through a process known as “bleeding.” Using the Force, a Sith corrupts the crystal to the point it begins to emit a blood-red glow, which gives Sith lightsabers their characteristic pigmentation.

Red kyber crystals are imbued with pure hate and the sinister nature of their wielder, and they’re also a proper representation of its owner’s unbridled passions. Some kyber crystals break during the bleeding process, which makes the lightsaber’s blade appear distorted. This is what happened to the crystal found in Kylo Ren’s iconic tri-pointed lightsaber – a saber that, appropriately, was green before it bled.

And that’s the meaning behind the different lightsaber colours.