Star Wars: The Last Jedi Review – Respect The Past, Embrace The Future

Remember when the news of Disney purchasing the rights to Star Wars broke and we all panicked? Well, after the successes of The Force Awakens and Rogue One, it seems like we were worried about the House of Mouse for nothing. We sleep better knowing that Mickey didn’t put on a Darth Vader mask and whisper, “Oh, boy”, as he slaughtered an entire franchise like they were a bunch of younglings.

Now, the time for Episode VIII, Star Wars: The Last Jedi, is here. After so much build-up and secrecy around the production, the question is, does it live up to the hype? 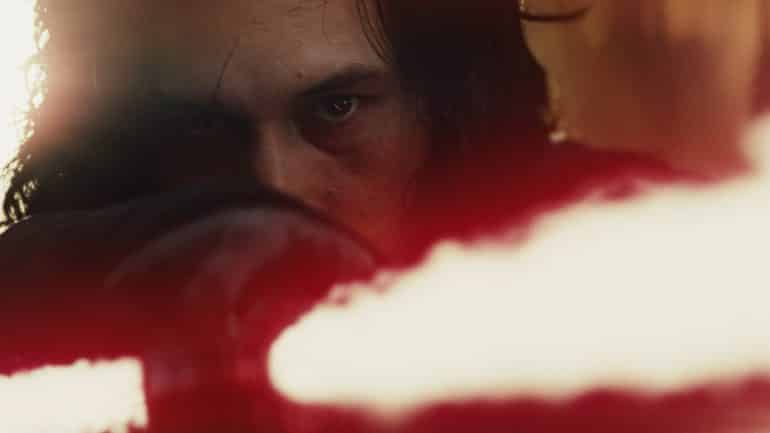 While most of the criticism of The Force Awakens was how it was a remake of A New Hope – a dumb criticism since the crux of the Star Wars narrative is all about parallels – there should be no similar complaints about The Last Jedi being a repackaged The Empire Strikes Back. It’s a completely original addition to the lore, with ties to the Star Wars universe at large and not just the film series.

Written and directed by Rian Johnson, there was huge expectation considering the writer/director’s previous work. That said, The Last Jedi is distinctively Star Wars – the structure and tone from the previous films are all here and Johnson toed the line. Whether you think that’s a good thing or not is up to you, but there’s a reason Kathleen Kennedy won’t let directors screw with the universe’s tone.

From a storyline perspective, I’m going to keep it brief because we run into potential spoiler territory here. While Rey tries to convince Luke Skywalker to help the Resistance and train her, Leia and her people are battling to escape from the First Order. Deciding that things don’t look too good for the Resistance and not wanting Rey to come back to an invaded ship, Finn and Rose Tico, with the help of Poe Dameron, head off to another part of the galaxy to find some help. Back on the island, Rey finds out more about Kylo Ren’s past and her mysterious connection to him – it’s pretty intense and more to it than meets the eye… I’ll stop right here, because everything after this is giving the film away. The moment the John Williams score hits before the crawl you know you’re in Star Wars land. The Last Jedi has all the beats, traditional scene transitions, and epic battle sequences that you expect. Moreover, there’s so much emotional turbulence to this story and it’s constantly kicking you in the gut. You’ll be torn, you’ll understand certain characters’ motivations better, and you’ll wish that these damn people could just be better communicators with one another.

Seeing Mark Hamill’s Luke and Carrie Fisher’s Leia on screen at the same time warms the heart, especially knowing it’s the last time they’ll be together in a movie due to Fisher’s death last year. However, one of the surprising moments was when Luke saw Chewie again and found out about Han Solo. There was something special and heart-warming in seeing two old friends connect again and knowing the gang wasn’t all there. It was subtle but deeply effective.

Surprisingly, Oscar Isaac’s Poe is the breakout star of this film. While Daisy Ridley’s Rey and Adam Driver’s Kylo Ren provide most of the sentiment and screen time, it’s Isaac’s gung-ho flyboy who transforms every scene from great to wow. He experiences major character growth from The Force Awakens and his scenes with Leia will be sorely missed as he undoubtedly reminds her of a younger Han. 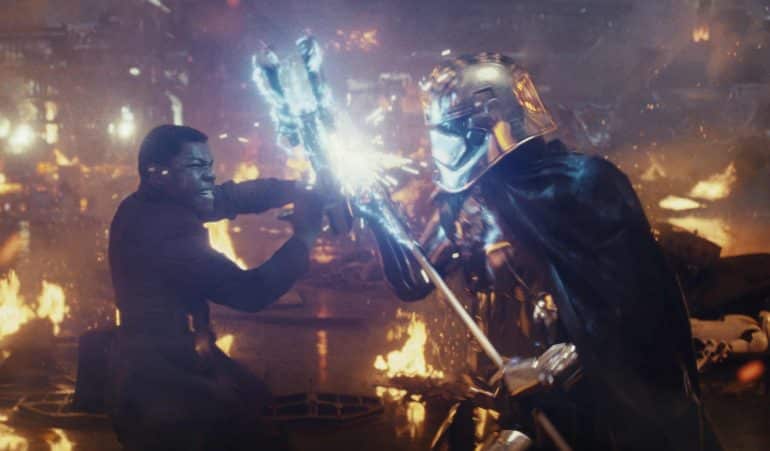 In terms of negatives, the only major one that pops to mind is Finn’s arc. While he’s a heroic character and John Boyega pulls out all the stops to stand out on screen, he remains insignificant to the larger narrative. You could’ve easily thrown another character into his role and it wouldn’t have changed the story that much. In fact, Kelly Marie Tran’s Rose brought more significance to the overall story this time around than Finn did. Look, he’s likeable but something bigger needs to happen in the next movie to establish him as more than just a Stormtrooper who’s become a good guy.

By the time the credits roll, you’ll need to take a deep breath and sit for a moment with everything you’ve experienced. The Last Jedi is a wild, emotional roller-coaster ride that takes no prisoners, as it combines the best aspects of previous Star Wars movies into this two-and-a-half-hour spectacle. Much like The Empire Strikes Back was a defining point of the first trilogy, so is The Last Jedi with its emotional resonance and key story points. It’s set an extremely high bar for Episode IX, and I wouldn’t want to be in J.J. Abrams’ shoes right now.