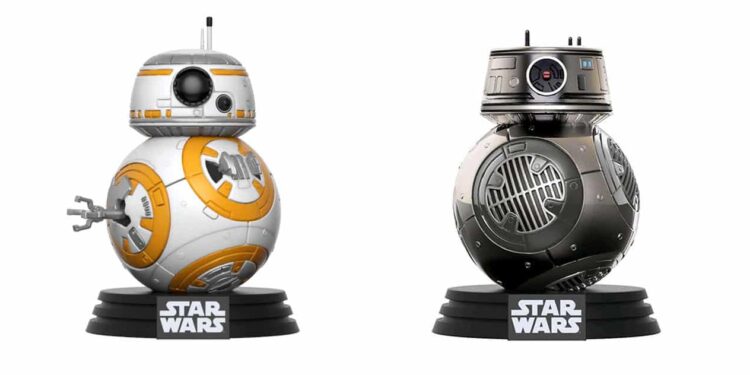 Now that we’ve all seen Star Wars: The Last Jedi a few times, it’s time to start collecting all the figures and collectables. To get you started, we’re giving away BB-8 and BB-9E Pop! Vinyl figures.

The droids of Star Wars have become just famous as the lead characters and Poe Dameron’s BB-8 is no exception! Instantly capturing the imagination of fans everywhere, the cute droid rolled his way through The Force Awakens and is back for more adventures instalment. This time, however, he has tough competition in the form of the First Order’s BB-9E. Both are a must-have for your Pop! Vinyl collection!

To stand a chance of winning this amazing set of Star Wars Pop! Vinyl figures (courtesy of Gammatek), all you need to do is tell us who BB-8 belongs to (in the comments section below).