Let’s be honest, pinball games are far more fun on a proper pinball machine. There’s no way you can replicate the actual feeling of playing it in person. That said, you have to appreciate the efforts of Zen Studios in trying to match even a semblance of the experience. Over the years, they’ve gobbled up all the big franchises and delivered mega hits to fans. This time, we checked out Star Wars Pinball Season 1, The Force Awakens and Rogue One. The backgrounds and tables are themed and inspired by the scenery and locations of the films and Star Wars Rebels. As expected with a Pinball FX title by now, the environments are semi-interactive and change your experience of the game depending on what you hit (or don’t). All the designs prove to be slick and easy on the eye, with the attention to Star Wars detail being instantly noticeable to any hardened fan. Additionally, the character models are well done and outrageously accurate, adding more sheen to the game.

From a gameplay perspective, there’s really not much to master or learn – bar the basics of any pinball game. You know what that’s like. You pray the ball drops in the right place while you try to figure out the best tactic to smack it into the area that you want. What does set this game apart from a regular pinball game is the action-orientated game modes available and which vary from table to table. These “side missions” can be activated when you hit specific targets, which will open up new challenges and environments in the mini games. Another commendable feature of the game is the sound effects and voice work throughout. From the distinct sound of a lightsaber lighting up or Stormtroopers’ laser blasts (missing the target, of course), you’re drawn into the Star Wars universe and the sounds are remarkably on point. At times, though, they do get rather repetitive and reminiscent of Jim Ross’s commentary in WWE games, where you wish he would just shut the eff up or say something different. Overall, while Star Wars Pinball proves to be a fair amount of fun and the mini games add flavour and spice to the occasion, I simply don’t see myself willingly parting with my cash for this. As decent enough as it is, nothing can quite match the physical pinball experience and that’s something that won’t change anytime soon. I’d much rather keep my pennies and play the golden oldies at the arcade. If you’re a super pinball fan and can’t get enough of it, maybe this will appeal to you, though. 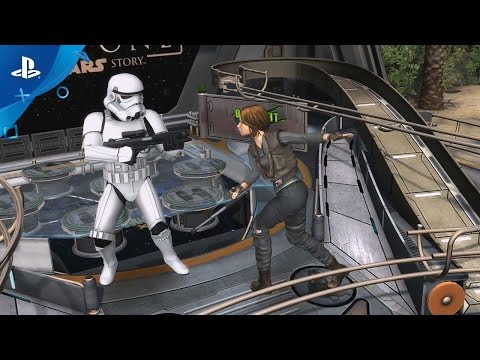