The One Awful Star Wars Movie That Needs A Special Edition 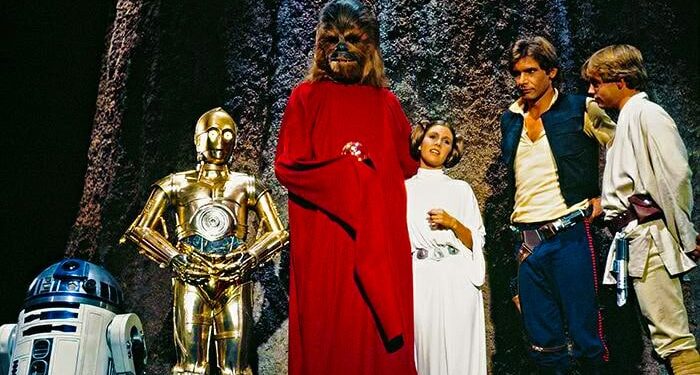 Every Christmas I watch all the Star Wars movies. It’s a tradition. While most are awesome, there are a few stinkers too. You may be of the opinion that Return Of The Jedi is weak, mainly because of those damn Ewoks. You may think that The Phantom Menace sucked, because Jar Jar Binks was the worst character in movie history ever (yes, he is). But there’s a film far, far worse. It’s so bad that George Lucas himself said that he wishes he could track down every copy on the planet and personally destroy them with a hammer. It’s a film so bad that it only ever aired on TV once, and sends shudders down the spines of all who know of it: The Star Wars Holiday Special. See, back in 1978, and with Star Wars: A New Hope having achieved massive success, apparently some TV network eggheads thought it would be a great idea for Star Wars to do a Christmas variety show unlike anything ever seen before. Despite George Lucas being very hands-off with the project, which would feature the main cast of the film, he was insistent that the story should focus around the Wookiees and their celebration of “Life Day”. What could possibly go wrong?

Comedy legend Harvey Korman shows up several times to do some skits. Are they funny? Hell no. They’re a load of crap. None of them are amusing in any way, and it’s hard to say which is truly the worst… but for my money, it has to be his performance in drag as a robotic (I guess) TV chef. The entire joke seems to revolve around him/her whipping and stirring the ingredients in a mixing bowl. That’s the whole joke. He mixes ingredients for five damn minutes, the end. How is this Star Wars? There’s also a weird holographic Cirque Du Soleil-type thing which is boring, and a mind-numbingly dull performance from “rockers” Jefferson Starship to pad out sometime. Then there’s a cartoon, which has become legendary amongst some fans for being the first ever appearance of Boba Fett. It’s also utterly awful, and don’t let anybody tell you otherwise. The highlight of the whole film has to be a Bea Arthur song-and-dance routine in which she gets her jazz hands going at full tilt and, honestly, it’s the just about the only part of the movie which is watchable. Until, that is, Harvey Korman undermines her work by sticking a flower in his hollow head.

Amidst all of this are a handful of very short framing sequences featuring Luke Skywalker, Princess Leia, Han Solo, Chewbacca, C-3PO, R2-D2 and some Imperial troublemakers. The film ends with Princess Leia, looking drugged out her skull, singing the Star Wars theme song.

And I watch this pile of crap every year, because, hey, it’s tradition. I’m a sucker for punishment. Although, to be fair, the last couple of years I’ve watched it with the hilarious RiffTrax commentary throughout which makes it a whole lot more tolerable. However, it’s still the Star Wars film that fans, George Lucas, and all the actors involved know to be the absolute lowest point of the entire Star Wars franchise.

So, dammit, I want a Special Edition of this. Lucas may want to smash it apart, but that’s kind of what he did with the other films too when he brought out the Special Editions because for some reason he thought it best to have Greedo shoot first. Except those other films (yes, even The Phantom Menace) were brilliant by comparison and they didn’t need fixing. The idea of a Special Edition was supposed to have been to correct mistakes in the films, and no Star Wars film needs it as desperately as this one.

So I want The Star Wars Holiday Special: Special Edition. I want Harvey Korman’s drag chef to be a CGI creation, with new dialogue dubbed in to actually make that sketch funny. I want original special effects to replace the stock footage of the Millennium Falcon being chased by Imperial Star Destroyers. I want the cartoon to be a mocap-based CGI sequence which gives Boba Fett the introduction he deserves. I want Jefferson Starship’s song to be good, and the music video to be better. Don’t tell me they can’t do that, because if they could replace the Ewoks’ classic Yub Nub song then they can do it here. I want the holographic acrobats to explode like the Death Star after every tumbling move, and for a CGI Darth Vader to appear at the Chewbacca household and slaughter Lumpy and Malla.

It’s the holidays. It’s Christmas. In a galaxy far, far away it’s even Life Day. Is asking for a Special Edition of the worst Star Wars movie ever made really too much to ask for as my present this year? After all, it’s the one thing that every Star Wars fan truly needs. 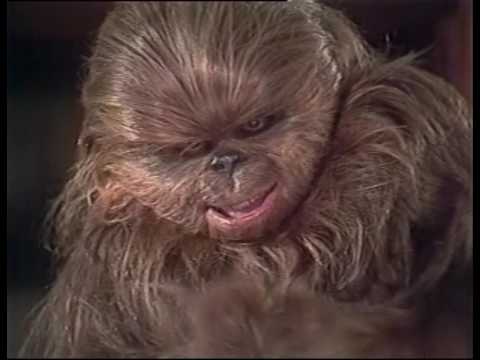