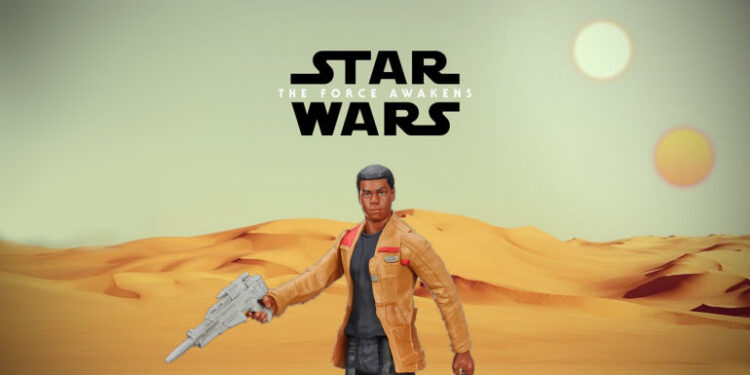 Standing at around 30cm tall, Hasbro’s Star Wars: The Force Awakens 12-inch Finn (Jakku) figure has a great amount of detail and is a very good recreation of the character from the film. Cast in a plastic mould, Finn not only dresses the part but also has the facial features (sculpted jaw line, mouth and brow) of actor John Boyega. 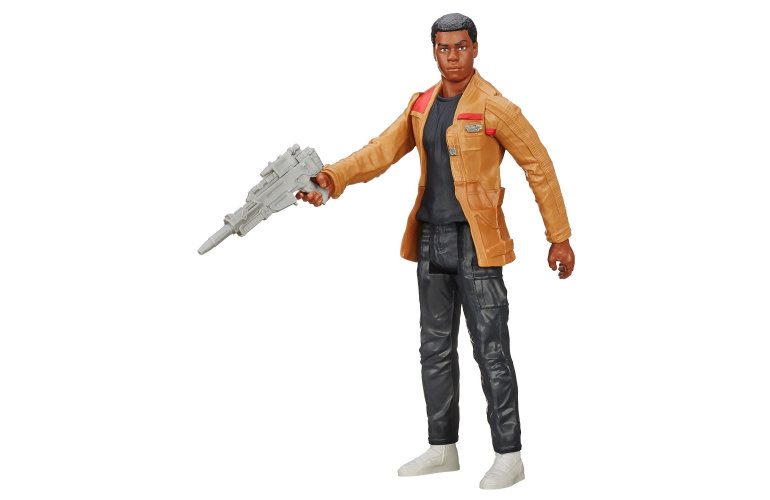 The upper torso undoubtedly of the Hasbro 12-inch Finn figure has the most detail, both for the leather jacket and T-shirt underneath. In fact, the jacket feels a lot different from the trousers, a softer plastic polymer that allows it to move under a bit of pressure. However, it’s not malleable enough to make it stay in place, as it slowly settles back into its original position. There are textures down the sides of the arms stretching from the shoulders all the way down to the hands. Each of the moulded folds makes for a realist representation, complete with pockets and zippers.

At first glance, the T-shirt underneath the jacket looks simply like a smooth black plastic but, upon touch and closer inspection, you realise the fine detail added to it. It’s this level of detail that makes you really appreciate the figure, more than accepting everything at face value. If there’s a slight difference in detail it is that the Hasbro 12-inch Finn figure has a slightly thinner face overall, but still resembles Boyega to a great extent.

The Hasbro 12-inch Finn also comes with a small accessory in the form of his gun, which fits into the already positioned right hand. The arms and legs can also be moved to different degrees, with the arms completing a full 360°, whereas the legs move forward at a 90° angle. This means that you can give Finn a slightly forward and more intimidating stance while also being able to point his gun in any direction you choose. Even though I do appreciate the range of motion the limbs have, I would have preferred the legs to be moulded in place, which will make it look quite a lot better in the crotch area especially. At a 90° angle, the figure can also be seated. However, I imagine this probably isn’t of interest to many collectors. 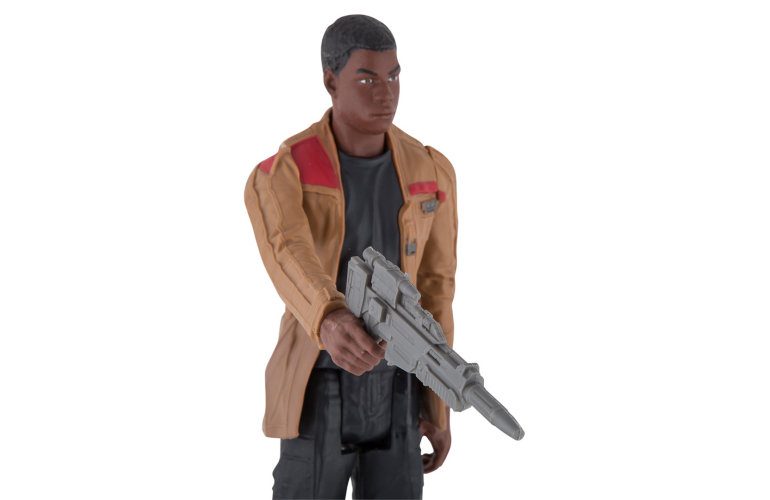 Overall, Hasbro’s Star Wars: The Force Awakens 12-inch Finn (Jakku) is a really product. Standing at 30cm tall, the figurine easily towers over many of my other collectables, making him look an even more imposing figure. 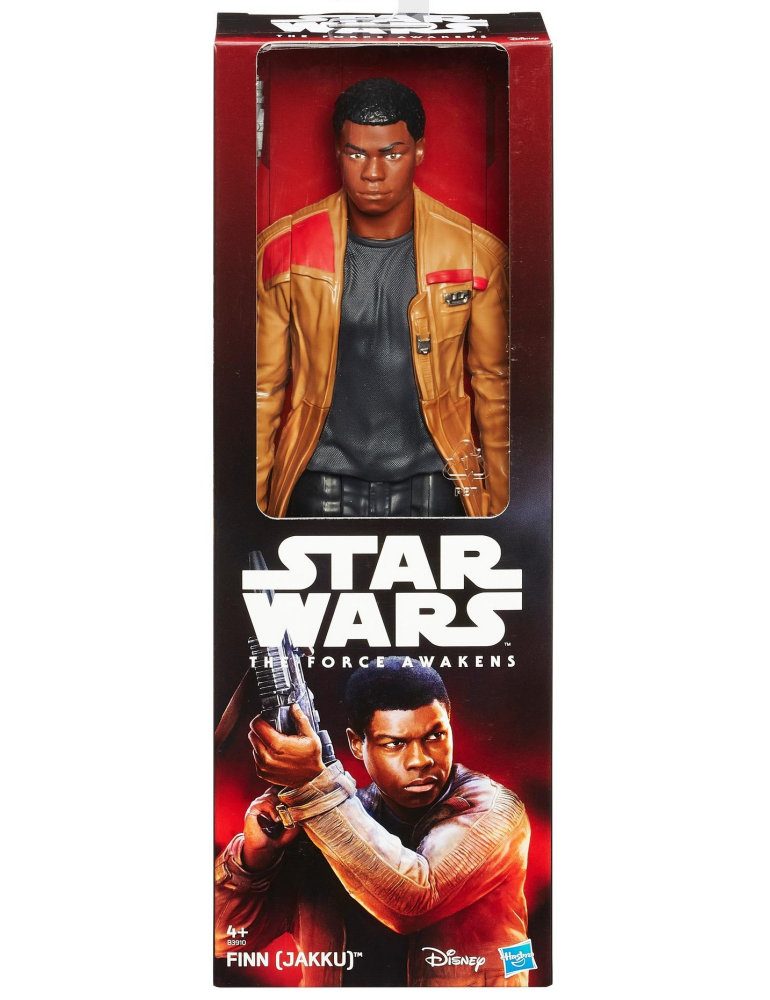