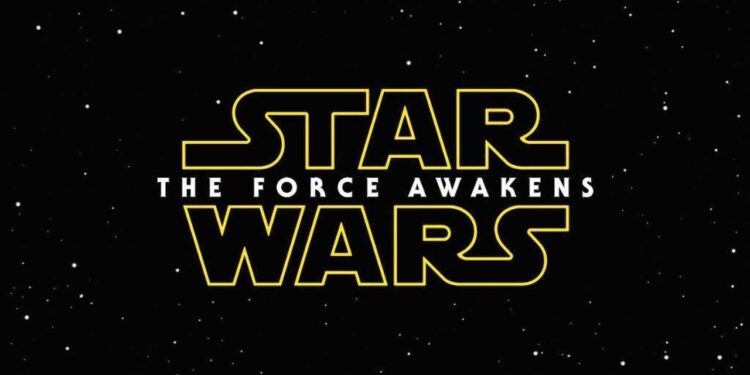 The title hits the screen, the music swells, and the classic side-scrolling introductory blurb rolls up the screen. The Force has returned to Star Wars, but will it be the light or the dark side? The story itself is a throwback to the original film: The new Galactic Republic is in power, but under siege from the remnants of the old Empire, now known as the First Order. Thankfully “the Resistance”, formerly the Rebellion, are on hand to combat the First Order. Also there’s a mad scramble on to find Luke Skywalker, the Jedi knight who has mysteriously disappeared after having some problems in training a new batch of Jedi.

Resistance pilot Poe Dameron has found some clues about Luke’s whereabouts, but is ambushed by First Order Stormtroopers and their leader Kylo Ren. Poe places the information inside his droid, the plucky BB-8. BB-8 wanders the desert of planet Jakku and encounters young scavenger Rey, a girl with a mysterious past.

Back with the First Order, Stormtrooper Finn has had enough of the fascist, murderous nature of his job and stages a daring rescue of Poe Dameron but they become separated. Finn meets Rey and BB-8 by chance and, when the First Order TIE fighters attack them, their only way off the planet is in a rusting old starship called The Millennium Falcon. Naturally, before you know it they encounter Han Solo and Chewbacca, visit a bar that’s similar to the Mos Eisley Cantina, Finn picks up a lightsaber, Rey gets captured by Kylo Ren, and General (formerly Princess) Leia (with C-3PO) rescues Han, Chewie, BB-8 and Finn. Oh, and it turns out that the First Order have a new planet-sized weapon of mass destruction that’s similar to the Death Star which requires a resistance bombing run.

Oh, and it turns out that Darth Vader was Kylo Ren’s grandfather. Vader, as we know, was a badass father figure who menaced all around him with his imposing presence and well-timed Force-chokes of all who disappointed him. Kylo Ren, on the other hand, wears a stupid helmet, works for a bad CGI Gollum-like figure and is a whiny little brat prone to temper tantrums. He’s not off to a good start.

The music is great. Many of the performances are incredible. It’s full of classic Star Wars moments that old fans should love… unfortunately, that’s kind of the problem too. It seems to make a big deal of recreating ideas, scenes and moments to such an extent that the parts of genuine original creativity become lost. The action is impressive and the new characters (with the exception of Kylo Ren) are fantastic. The old ones, however, seem almost forced and there’s too much reliance of the fans going ooh and aah over the little details while the big picture has flaws. There are some questionable plot-holes, while other elements are left to later films to explain. What is the mystery of Rey? How did Poe Dameron get thrown from a crashing ship without his jacket, and where did he disappear to for half the film? How did Luke’s lightsaber wind up in the possession of a bartender on another planet? If the Republic is in charge, why is their army called the Resistance and why does it seem so puny? And why is R2-D2 sitting in a corner of the Resistance HQ gathering dust and nobody’s tried recharging him, when he has vital information about Luke’s whereabouts?

It may seem like nitpicking, but for a film which promised a return to the magic of the originals there are some parts which seem more like cheap, obvious parlour tricks. It’s easy to get swept along by the emotion of seeing the continuation of Star Wars, but it’s still a film with problems. That may not be a popular opinion, but that’s how it is.

It’s definitely Star Wars through and through and a good film, but it isn’t a great one. While it’s better than the prequels, it sadly doesn’t inspire the love that the originals did a long time ago in a galaxy far, far away.