In June, Dorling Kindersley released the Star Wars: The Ultimate Visual Guide, a comprehensive overview/guide to the Star Wars saga. As if the wealth of information covered in that title wasn’t enough, DK has released Star Wars: The Complete Visual Dictionary to further aid a young padawan in his journey to a galaxy far far away. The visual dictionary chronicles, in more than one thousand stills, every character, weapon, starship, droid, creature and alien in the Star Wars movie, game and book universe. 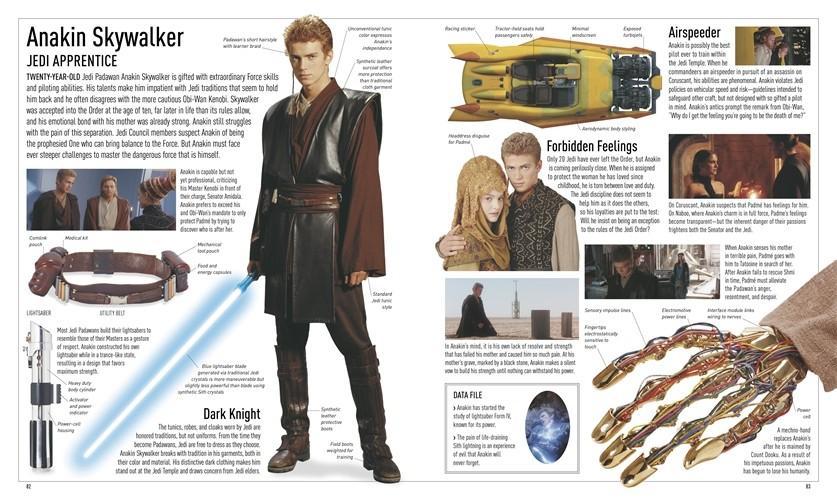 Just when you thought you knew everything there is to know about the world there comes a book, heavy enough to use as a weapon, filled with more tidbit information than you can possibly imagine. The subtitle of the book, “The Ultimate Guide to Characters and Creatures from the Entire Star Wars Saga” perfectly describes this collection. It’s no easy feat condensing six movies, a string of animated TV series, comic books, novels and video games into a single reference book, but the Star Wars: The Complete Visual Dictionary succeeds on every front.

Nothing is left out. After an introduction by animation director Rob Coleman, we’re introduced to Darth Sidious and his 2 000-year-old plans to destroy the Jedi. From there we jump into an exploration of Naboo, the Hyperdrive Core and the history of Mace Windu, his lightsaber, his attire, his place on the council and so much more. You might argue that this information you’ve heard before. But do you know the color of Chewbacca’s eyes? Can you tell me the crazy details of Yoda’s gimer stick cane? Have you seen the different designs of the Jedi lightsabers? Or tell me the contents of the pouches in Obi-Wan’s utility belt? Unless you are the geekiest of Star Wars geeks the answer is probably a no. 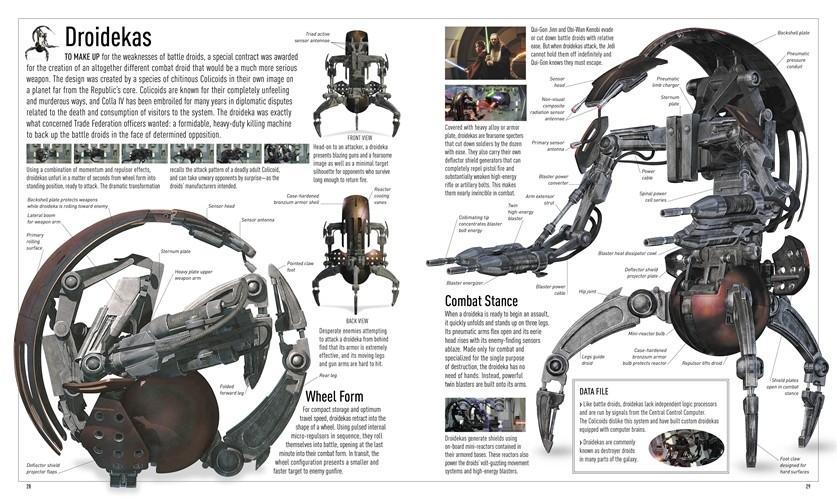 You’re guaranteed to be impressed with Lucas for putting together a world so deep and so detailed that it spreads across a huge 270 pages. Even with such a large volume there is little repetition in characters, with only Anakin Skywalker appearing regularly, first as a Tatooine slave, then a Jedi apprentice, a Jedi Knight and finally as Lord Vader. Thankfully the detailed table of contents brings it all together and allows you to access information faster.

Of course any real fan would have been convinced by the stunning Yoda cover art alone. “Buy this book, you must”.