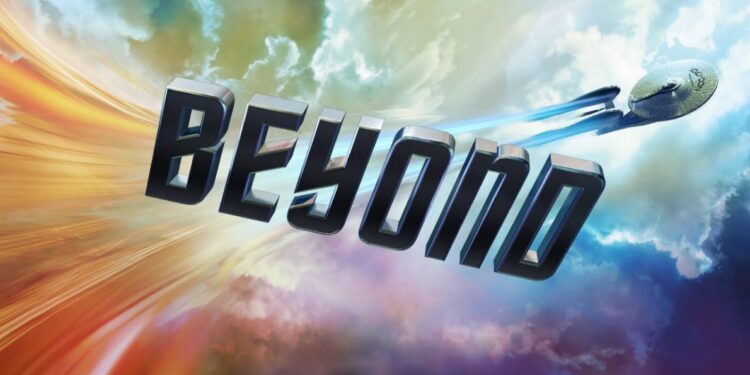 Justin Lin (the Fast and the Furious director) has fun taking the third film in the rebooted series where it has boldly gone before. However, Star Trek has never felt more alive and exciting as it does in Star Trek Beyond, a film that does well to balance the old and the new. It also brings out the feels and offers a moving tribute to the original Spock Leonard Nimoy and Anton Yelchin. [dropcap]S[/dropcap]tar Trek Beyond is the first Star Trek film to be penned by Simon Pegg and he cleverly takes the opportunity to pay tribute to everything we loved about the original TV series. There’s a warm sense of nostalgia that blankets the film, even during Lin’s thundering and hyperactive world-destruction action sequences. While many fans have suffered fatigue with the franchise (something that is touched on in the film), the new production team breathes enough life into the material to fuel a few more expeditions into space. That takes some doing when you consider that Into The Darkness was voted worst Trek movie ever by one group of Trekkers. Star Trek Beyond is a space adventure film that apologizes and responds to the fans’ criticisms by making everything a lot more fun. The MacGuffin plot is simple. After answering a distress call in deep space, the Enterprise falls trap to a mysterious enemy, Krall (Idris Elba). An epic battle with “metallic space bees” ensues and the starship crash lands on a barren planet scattering the crew. It’s up to Kirk and a few others to find a way to fight back and stop an impending doom.

There’s not really much new in terms of story, but visually we’re treated to some stunning space sequences.

In order to make room for more fun, the film lacks some of the more intellectual moments we’ve grown accustomed to. That’s probably because it’s looking for a new audience. It’s boldly stepping out to go where Hollywood has been before. Perhaps the best description was given by someone I overheard as I left the cinema, “I usually don’t like space movies, but jirre, that was bedonnered my bru!”