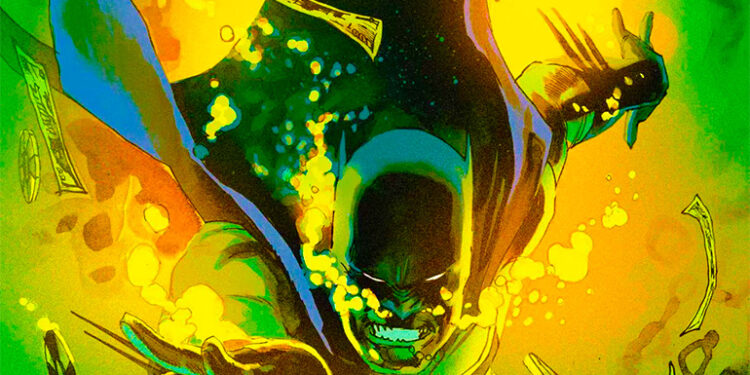 We’re reaching the business end of “The First Ally” in All-Star Batman #12. While the previous issue focused predominantly on Alfred Pennyworth’s past, this one works as a parallel to show how similar Alfred and Bruce Wayne really are. Yes, ladies and gentlemen, Alfred was his generation’s Batman in many ways. 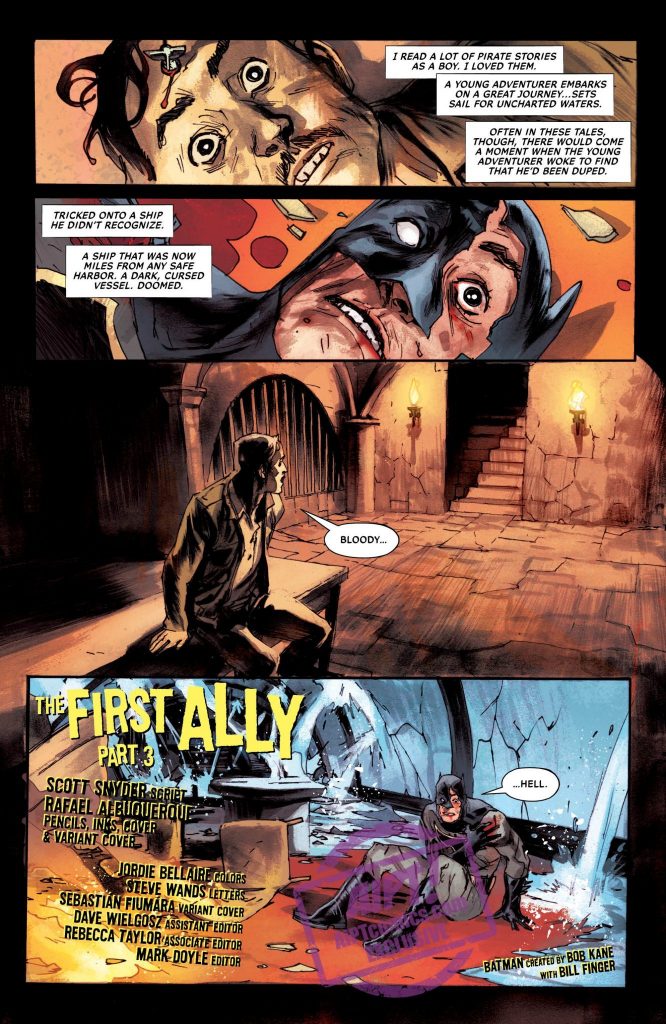 Apart from the revelation of Bat-Alfred, there’s a surprising twist in All-Star Batman #12 once we discover that Batman has possession of the Genesis Engine. What seems like a straightforward mission complete isn’t so cut and dry, though, as the Dark Knight’s foes throw another spanner in the works and chuck us into full-blown spy-thriller territory now.

We’ve seen the Mad Max-styled Caped Crusader in this series, and now Scott Snyder sets sail by making him Captain Batman in this issue. Whether it be on land, air, or sea, the Dark Knight is the king of the elements and the adventure never stops being fun and over the top. In this series, Snyder has taken the hero around the world and no stake is ever the same as the last. It’s been truly unique to say the least and this issue continues the admirable trend.

Rafael Albuquerque turns in another gorgeous issue, with his instantly recognisable style and flair. Credit must also go to colourist Jordan Bellaire, who chose the perfect tone and colours to complement Albuquerque’s artwork in All-Star Batman #12.

The companion tale, “Killers-In-Law”, comes into its own here. Albuquerque and Rafael Scavone tear off Bruce Wayne’s disguise and finally throw Batman into the mix. However, this might be one of the times when the Bat hasn’t outsmarted the villain as much as he thought he had. The next instalment of this story looks set to be killer (pardon the pun).

All-Star Batman #12 is a wild ride. From seeing Batman captain a ship to Alfred screaming his lungs out, it’s an all-out balls-to-the-wall extravaganza like no other. The intensity and grit are turned up to 11 and one has to wonder if the Dark Knight or Alfred will ever be the same after this mission. It’s exactly the sort of nail-biting narrative that we expect from Snyder, and once again he delivers like only he can. Add this to your must-buy pile for the week.