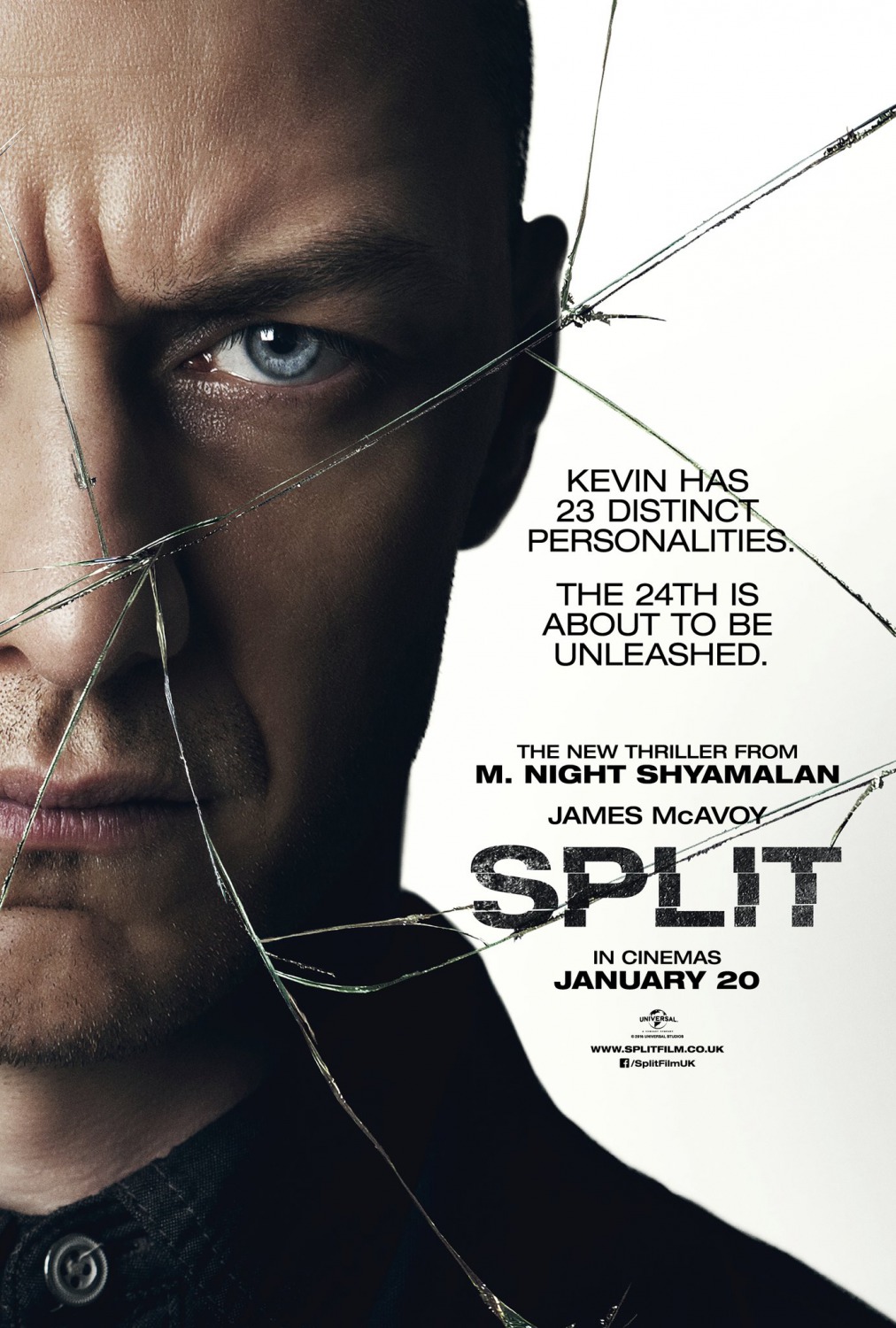 It’s no secret that M. Night Shyamalan’s career has fallen on hard times. Synonymous with ‘the twist’ ending, it seemed like the Sixth Sense director had written himself into a dark corner – trapped with no hope of return. Until The Visit proved otherwise. In his new psycho-thriller, Split, which features a brilliant performance from James McAvoy as a man with 23 personalities, Night may have finally found a return to glory. In the late 90s, Shyamalan had Hollywood ablaze with his twisty thriller hit The Sixth Sense and proceeded to follow up the critically acclaimed film with two more successes: Unbreakable and Signs. Thereafter, The Village, Lady in the Water, The Happening, The Last Airbender, and After Earth were far less successful. The world began to shy away from his charms and his methods became a mockery amongst budding film-makers. Now, with renewed vigour, Night has found a way to put his old tricks to use. The twist? He’s carefully gotten rid of his major plot twist device.

James McAvoy and Anya Taylor-Joy shine as predator and prey in Split, a film that bridges the lines between suspense thriller and horror. McAvoy stars as Kevin, a young man who suffers from having multiple split personalities, while Taylor-Joy plays Casey, a disturbed youth who struggles to fit in with her peers. When Kevin kidnaps Casey and two of her friends, a game of cat and mouse (or mice) ensues. Unknowing to Kevin, Casey is different from most girls her age and she draws on past experience to fight her way out of captivity.

It must be said that James McAvoy is exceptionally brilliant here. The famed X-Men actor is truly mesmerizing to watch. It might even be fair to say that had it not been for his talents, Split could have been in danger of being a failure. A lesser actor would certainly have made the character far less interesting.

Shyamalan plays into McAvoy’s strengths and delivers a lot of edge-of-your-seat suspense. His clever and unique use of camera work will delight his old fans. Plus, there are a number of nods to his previous work that is bound to leave a smile on your face. That said, like most of his films, at times it does feel like a short film being stretched into a feature.

If you loved Unbreakable and Signs, you’ll feel right at home with Split. It’s everything you want an M. Night Shyamalan film to be. It’s truly fun… extra (you’ll understand this after you watch the film).