Spider-Man: Where Is Uncle Ben In The MCU? 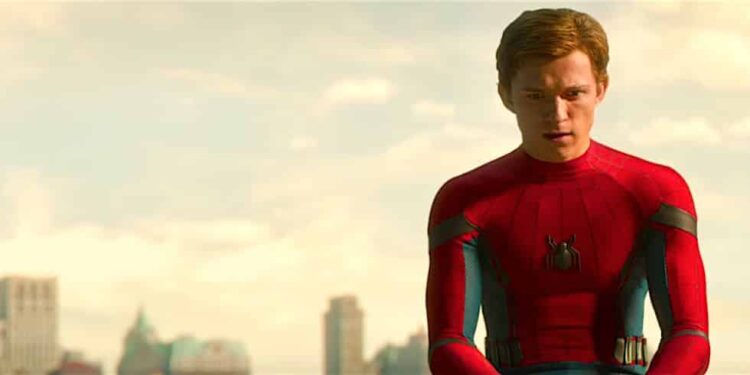 With great power comes… Wait, a minute. Where is Uncle Ben in the MCU? And why does Spider-Man not seem to care.

The MCU isn’t perfect. Spider-Man, however, appears to have delivered on every level so far. The casting of Tom Holland as Peter Parker/Spider-Man has been perfect; Spidey himself has been a joy to watch in Civil War and Infinity War, while Spider-Man: Homecoming was easily the most fun Spider-Man film so far; the wall-crawler’s contribution to MCU’s constantly expanding box office domination has been significant, and he’s won over fans and critics alike. It seems like he can do no wrong.

But ever since Spider-Man showed up in Captain America: Civil War, he’s come with his own set of problems. From the deal that Marvel’s parent company Disney has with Sony which allows Spider-Man to appear in the MCU, albeit on a part-time basis for now, to Spider-Man: Homecoming’s script continuing the MCU tradition of screwing up a coherent timeline and Tom Holland’s intentionally unintentional slipping of the title for the sequel, Spider-Man: Far From Home.

However, there’s a far bigger problem with MCU’s Spider-Man, and it’s one which many fans have either chosen to ignore or have been sufficiently distracted by Marvel’s storytelling tricks to notice. It stems from Spider-Man’s first appearance in Captain America: Civil War and has continued throughout his own MCU film and beyond. The problem is Uncle Ben. And, by extension Aunt May too.

Peter Parker’s uncle Ben, as long-time fans know, is the man who inspired him. Ben Parker’s death was always the driving force for Peter being the best Spider-Man he can be. He’s often attributed as the man who told Peter that with great power comes great responsibility… even if he didn’t in the original comics. Of course, having seen Ben’s tragic fate told in two sets of Spider-Man films prior to the MCU version, to see it rehashed for a third successive time in Homecoming would have been one on-screen origin retelling too many. It was a sensible move for Homecoming team to avoid it.

Does it mean that Uncle Ben never existed, or that he didn’t die because of Peter’s inactions?

The film not only didn’t show it, it barely even hinted at it. Nor was it made clear how much he meant to Peter and Aunt May. Instead, Peter’s primary motivation for succeeding as Spider-Man stemmed from his hero-worship of Tony Stark – his surrogate father-figure. Set photos from Far From Home hinted at Peter Parker being reduced to tears at the death of a fellow Avenger, Tony Stark. But shouldn’t those tears have been for Peter’s uncle?

Meanwhile, the character of Aunt May herself has gone through quite a few changes over the years. No longer the frail elderly lady she was in the original comic books, she’s become increasingly younger, more energetic… and, as Tony Stark would point out, hotter. From Rosemary Harris in Sam Raimi’s film trilogy to Sally Field in the Amazing films, the latest, youngest Aunt May is played wonderfully by Marisa Tomei. It’s a change which wasn’t necessary, but to a large extent made sense. She’s no longer just Peter’s helpless aunt anymore, she’s a big sister figure who helps to inspire him. Like every version of Aunt May, the latest presumably loved Uncle Ben with all her heart.

So why is it that neither Peter Parker nor Aunt May seem particularly heartbroken by his death?

The events of Civil War made it clear that Peter has only been Spider-Man for about six months – implying that the murder of Uncle Ben couldn’t have happened too long before. Homecoming is set several months after that, with Peter making mention that Aunt May couldn’t handle learning the truth of him being Spider-Man after everything that she’s been through recently. It’s understandable that Peter cares about her so much that he’d want to protect her after such a devastating loss.

The events of Civil War made it clear that Peter has only been Spider-Man for about six months – implying that the murder of Uncle Ben couldn’t have happened too long before.

What’s particularly disturbing is that Tony Stark makes crass comments in Civil War about how hot Aunt May is. Peter mostly seems to ignore Stark’s comments instead of becoming understandably defensive – and this is months before Peter’s explanation about wanting to protect Aunt May, a time when Uncle Ben’s murder would be even more fresh in his mind. It’s easy to say that Peter admires the tech genius so much that he’d be willing to let those comments slide, but it would have been more natural that Peter would become hostile towards Stark’s lack of sensitivity.

The problem is compounded in Spider-Man: Homecoming, where the staff of a restaurant think Aunt May is attractive too, as does the owner of the corner deli… and Peter’s best friend Ned. It’s a running joke which distracts the audience from asking what happened to Uncle Ben. For the most part, Peter again chooses to ignore it or make light of his aunt being considered eye candy. Even Aunt May doesn’t seem to mind a bit of flirting. With no actual explanation of Uncle Ben’s death in the film, it’s easy to get away with it. Because the film is light entertainment, there’s nothing specifically wrong with it.

But when you remember how recently Uncle Ben must have died, the whole thing becomes morbidly creepy.

It’s true that people process grief in different ways and at different speeds, but Aunt May is probably still in mourning during Spider-Man: Homecoming (and even more so in Civil War). For a woman who’s lost the love of her life, instead she’s acting like she’s already moved on. The same could be said for Peter, who seems more concerned with constantly impressing Tony Stark than honouring the memory of his late uncle. Do neither of them care at all about Uncle Ben, the man who should have meant so much to both of them?

Like so many things in the MCU, the tale of Uncle Ben doesn’t need to be comprehensive because it isn’t entirely necessary… yet it does need to be addressed. The Marvel films do a solid job of distracting viewers from their mistakes and fans can happily ignore the faults in the MCU, such as timeline continuity problems, because they’re irrelevant when looking at the big picture. The absence of Uncle Ben is counteracted by the jokes about Aunt May being attractive and the audience laughs, because it’s Tony Stark being a jerk and deflecting the audience’s attention away from caring about Ben Parker’s fate.

Except Uncle Ben isn’t just some background character from the comic books to be swept under the rug because it’s inconvenient to mention him; he’s a defining figure in Peter Parker’s personal evolution into a superhero. If there’s one element of Spider-Man: Homecoming that needed improvement, it was the lack of seriousness. It needed the haunting memory of Uncle Ben to make us remember that there was more to Peter and Aunt May than just comedy.

With great power comes great responsibility… Uncle Ben didn’t say that. But it’s the lesson Peter Parker learned from Ben’s death, not from the death of an Avenger. Far From Home had the opportunity to address this situation by acknowledging it, but they didn’t.