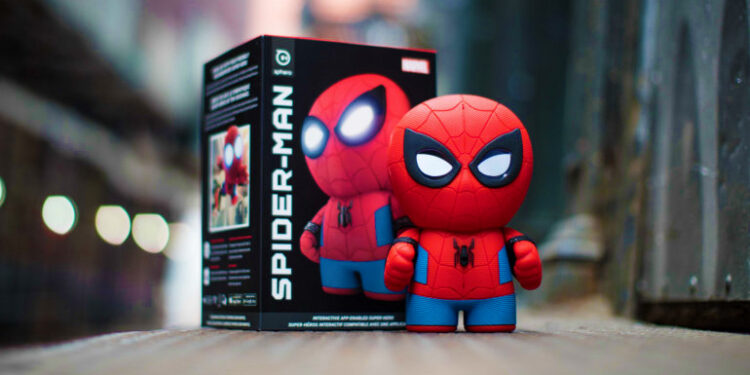 A few weeks ago, Sphero announced its Cars 3 tie-in with their new ‘Ultimate Lightning McQueen’ app-controlled toy. This time around, the company announced their latest addition to their catalogue with the Spider-Man interactive app-enabled superhero. With the global success of Google’s Home and Amazon’s Echo, Sphero has introduced the voice interactive Spider-Man. As with Home and Echo, users interact with the toy with speech activated commands and provides hours of games, jokes, stories, and secret missions. Sphero also aims to introduce new features and commands in the near future, with regular updates over Wi-Fi. On the face of it, the Spider-Man comes across as nothing more than a simple figurine, but after closer inspection, you’ll notice that it isn’t quite that average. Its eyes are substituted by means of LCD screens and feature a series of animations to make it more expressive and true to the webbed hero. The toy is controlled by means of an app on your Android or iOS-based smartphone. Unlike the Home and Echo, the questions you ask may not always be answered as straightforward as you’d expect, but rather with the whit and humour we’ve come to love about the always wise-cracking Spider-Man.

The unit is available via Sphero’s online store for just shy of $150. 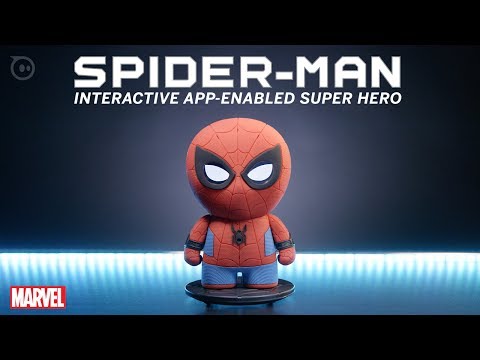 “Join forces with Spider-Man™ and enter the Marvel Universe like never before. This voice interactive Super Hero features hours of entertainment. Embark on missions where you’ll take on the city’s worst criminals and battle Spidey’s most notorious villains. Every decision you make creates a new path forward, so your unique journey will continue to evolve. Spidey’s Wi-Fi capabilities allow for new missions, games, stories, jokes, and other content updates. When not fighting bad guys, hang out and strike up some banter with your friendly neighborhood hero. Spidey’s reactions and signature snarky attitude are sure to keep you on your toes.”