Spencer & Locke #1 Review – Why Wasn’t This Done Before? 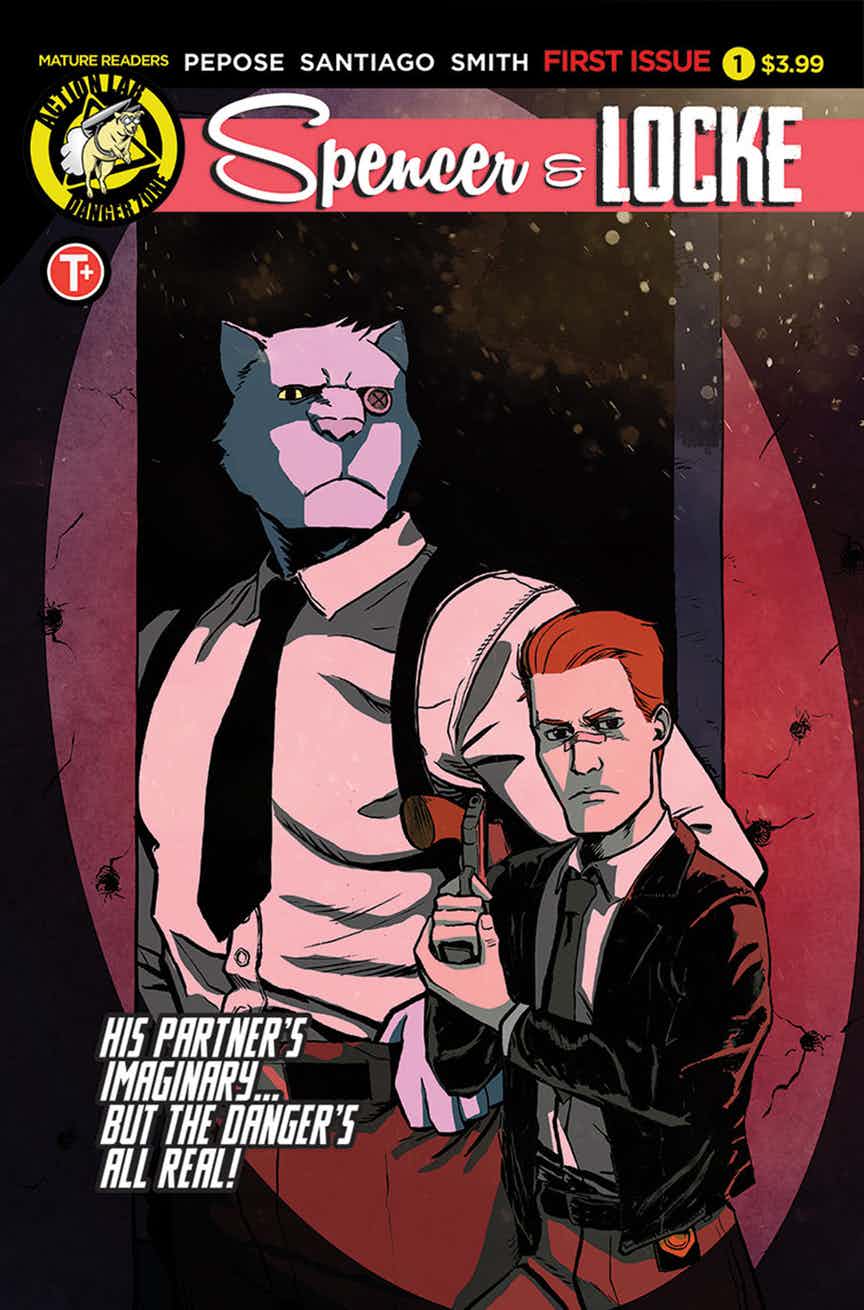 In Spencer & Locke #1, a girl lies dead in an alleyway, the victim of a brutal murder. A cop who knew the victim, young but already hard-boiled, determined to solve the crime. A case which could expose the seedy levels of corruption and vice in a small town once considered perfect. A conspiracy that could shake society to its core. And the cop’s partner and only friend, a giant blue panther named Spencer… 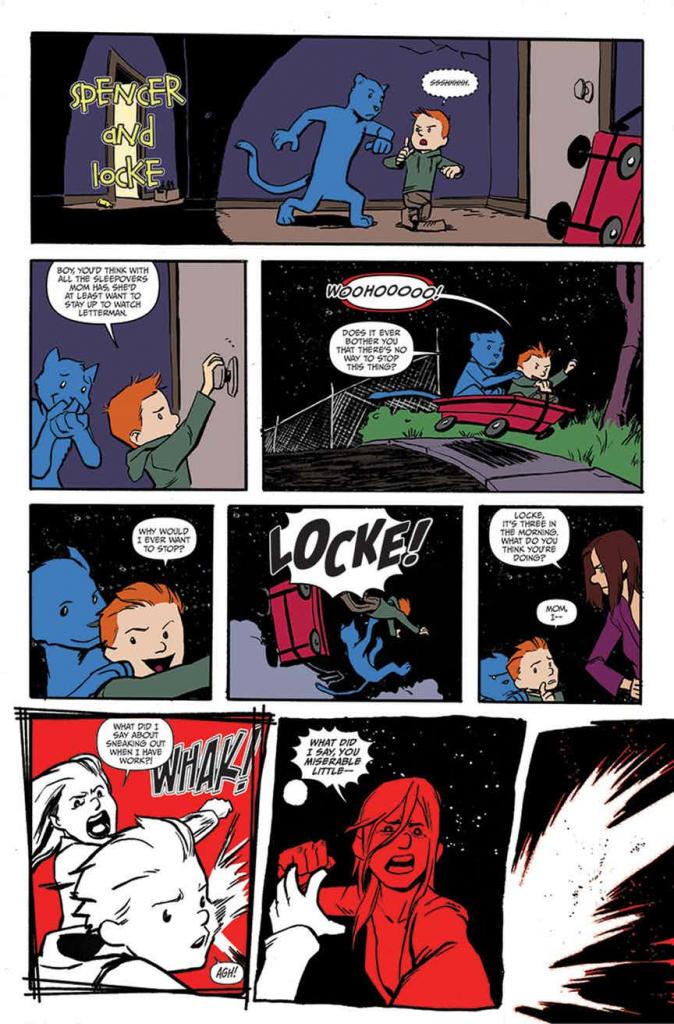 Some concepts are so obvious and brilliant that it makes you wonder why they’ve never been done before. Spencer & Locke is one of them.

Remember Calvin & Hobbes? Of course, you do. The cartoon strip about a young boy and his toy tiger, who may or may not have been a real tiger when everyone but Calvin was around. Fans of this much-beloved strip will be aware that it was far smarter than many could ever have imagined, discussing politics, religion, and most importantly philosophy – hence the names of the characters.

Spencer & Locke re-imagines both their childhood and their adult selves in a way which is simultaneously original and an homage. The flashback sequences recall the playful cartoon nature of the world, only with dark overtones. In the present, Locke investigates crimes with his faithful old panther friend Spencer – now with a sewn-on button having replaced one of his eyes – which, as before, may just be a stuffed toy and an aspect of Locke’s warped psyche. 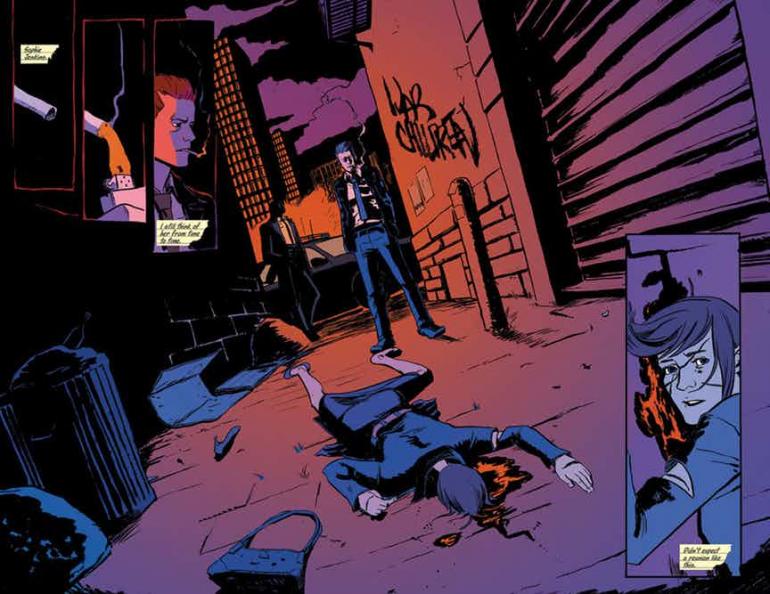 Naturally, the argument about Spencer being real or an imaginary friend is one which can be argued back-and-forth. His deductive reasoning is astonishingly accurate as you would expect, and he even appears to help out during a fight scene. Or does he? The same aspects which made the inspiration for this series work, are here played out to perfection. It’s clear that the creators understand the depths of that source material, right down to the names used for this incarnation of the characters.

The story, while seemingly simple, plays out in an entertaining manner with flowing dialogue for the most part. Any flaws which arise are mostly due to the pacing. The artwork cleverly shifts styles depending on the time period, clearly separating cartoonish childhood from darker adulthood, with both conveying the tone of the writing to the best effect.

If you’re sick of the usual superhero fare and are searching for something different, this could be just what you’re looking for… 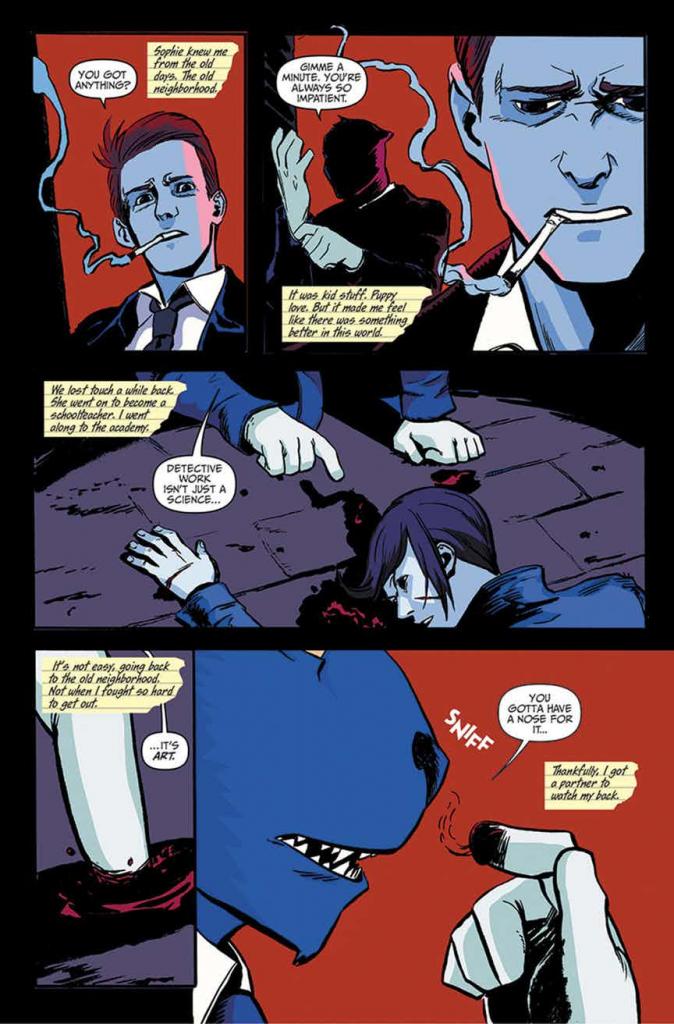