With an affordable price point for the SparkFox Player Pack, there will be questions about quality. I’ve spent a couple of weeks with it, so let’s take a run through each. 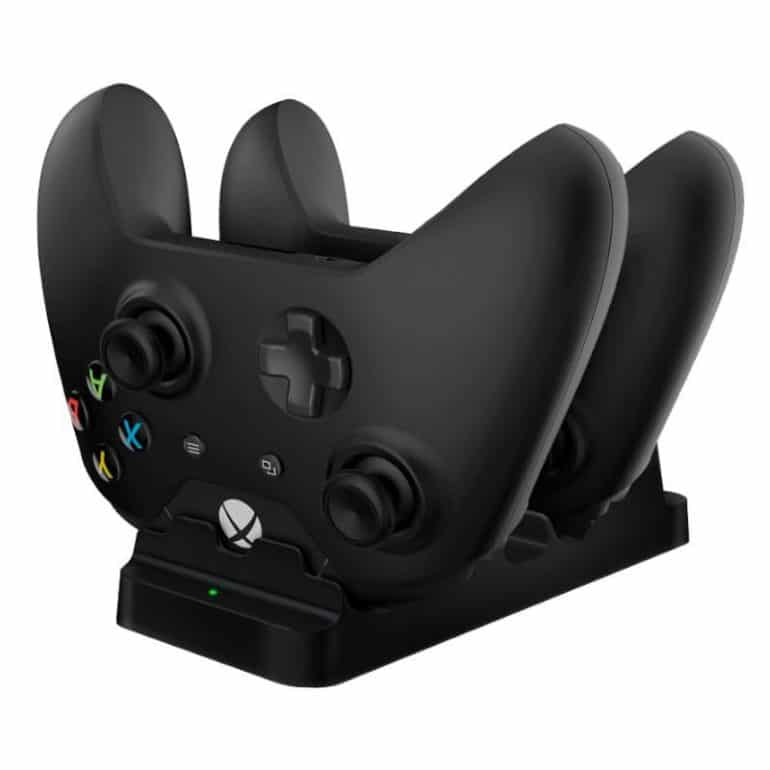 The most obvious of these is the docking portion. Here there are two pins, which will connect with the included battery pack. To keep the pins aligned and the controller in place, the housing has been designed to perfectly fit with the controller.

Unlike the previously reviewed dock, however, there are no magnetic points to keep the controllers locked in. It doesn’t really have to, with a decent fit without too much play. It’s not an overly complicated design but gets the job done.

The Dual Charge Dock has an LED indicator light on both sides of the charging station. This is unlike the previously reviewed unit, which has an LED lighting feature that runs across the front and sides. It’s a lot simpler this time around but gets the job done. It will change from red to green once fully charged.

As mentioned, there are two battery packs included with the SparkFox Player Pack. These are identical to what I reviewed previously. In fact, almost all other battery packs are compatible with the charging dock. And, again as with the previous unit, it takes the same time to charge. From a completely depleted battery, it should take just under an hour to fully charge up again. That’s not half bad. 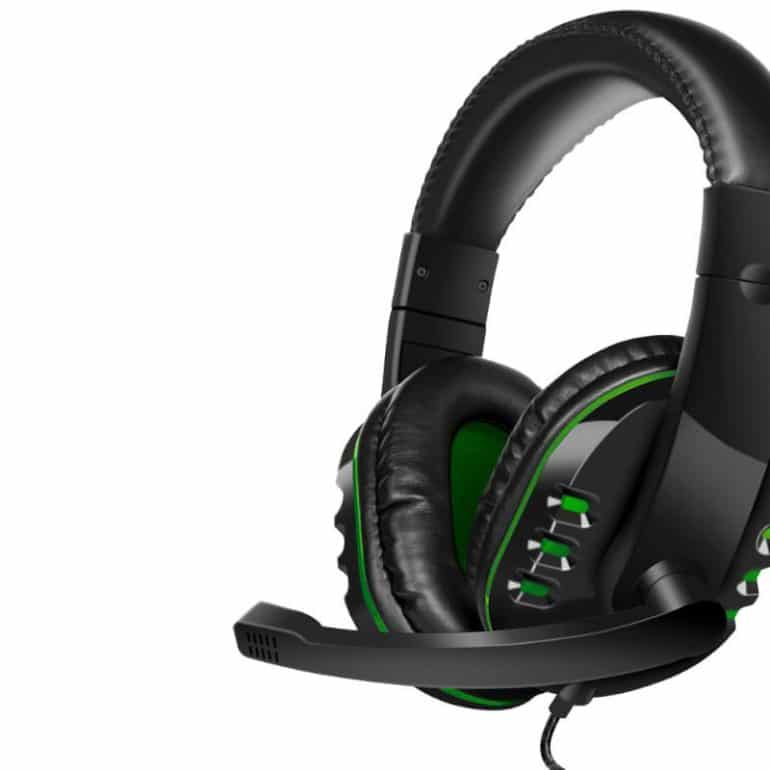 When it comes to the SparkFox Stereo Gaming Headset, it’s a bit of a mixed bag. In terms of the design and build, it doesn’t feel very capable. However, plugging them in and hearing the audio quickly changes things.

In terms of the build, the unit is very lightweight. It weighs next to nothing. This makes it easier to wear for a longer period of time while gaming. The lightweight frame is the result of the plastic build and materials used. Unfortunately, this also makes it feel on the flimsy side, which isn’t ideal.

In terms of the design, it looks a lot better than it feels in hand. The earcups and headband feature faux leather cushioning, similarly to almost all other headphones today. There is a mic on the left-hand side, which folds away when not in use. There is also a cable running down the left earcup, which features a control box. This allows wearers to turn the mic on and off, as well as control the volume levels without needing to jump out a game.

There are green accents across the design. This includes three cutouts on either side of each earcup. It also includes a ring around the earcups. Lastly, the green colourway extends to the inner side of each of the cups as well. The green theme is constant across the SparkFox Player Pack.

When it comes to sound quality, the stereo audio is good. It’s loud and clear without distorting at higher levels. The earcups don’t provide too much noise reduction around the ears. However, once the audio is playing, it drowns out surrounding sounds quite nicely.

Overall, the SparkFox Stereo Gaming Headset isn’t going to provide next-level audio. However, it’s loud and has reasonable quality across the highs and even the lows. With a lightweight build, it will allow gamers to continue using for hours on end. It’s not the greatest in hand but has a good aesthetic to offset this a bit.

There are a total of four thumb grips included in the SparkFox Player Pack. These include two “tall” and two “small” grips. Each of the two types of grips are rubberised and can easily be fitted over the Xbox One controller’s analogue sticks.

I’m not too certain about the naming convention of “tall” and “small” as they’re about similar in size overall. The biggest difference between the two are the shape and grip areas.

On the supposed taller thumb grips, it has a convex shape. This is much different from the concave shape of the sticks. This means that they will have a very unique feel on your thumbs. There are also quite a number of tiny grips that protrude off the top, which add quite a significant amount of added grip. It also has a more therapeutic feel to touch, which is a small bonus.

The smaller grips are quite the opposite. It has a concave shape, much like the standard sticks, although not as pronounced. It also only has four of the mini grips compared to the taller one. It doesn’t offer as much but does increase the height on the sticks if it was something you thought was needed.

Overall, the Silicone Thumb Grips are a great addition to the SparkFox Player Pack, with the taller grips being the clear favourite. The final addition to the pack is the Protective Silicone Skin. It’s a bright green cover for your Xbox One controllers, which easily wraps around it. With its elastic properties, the rubberised cover easily folds around the two palm grips, after which you can then position it around the rest of the buttons.

The fit around the sides and front look good. Positioning it around each of the buttons is also fairly straight-forward. From the front, then, it looks like a snug fit. However, on the rear end, near the battery housing, it is a bit lose. It’s out of sight for the most part so you won’t notice it in hand, but if you do have a bit of OCD about your personality, it may tick you off.

At first, the Protective Silicone Skin doesn’t feel as if it will add much in the way of grip. But the trick lies in the longevity of its use. Over time, as your hands begin to sweat, the moisture creates a bit of friction and you can actually start to feel more grip as you play.

Over a few weeks, the more you use the skin, there will be some residue that begins to build up, mostly around the openings. You don’t have to remove the entire skin to clean the area, as the elastic finish allows you to lift and get a cloth in between.

The skin does a good job overall. However, I’m not the biggest fan. The colour fits in with the Xbox theme but doesn’t really appeal to me. And the loose rear does bug me a touch. 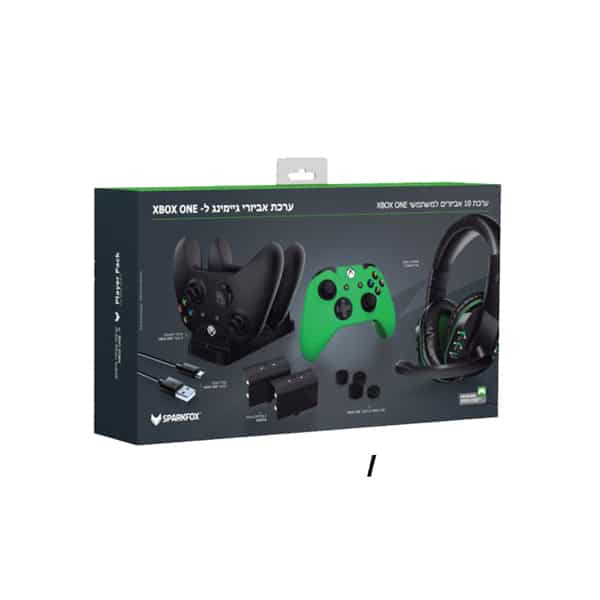 The SparkFox Player Pack isn’t aiming to compete with high-end gaming products. It hits the sweet spot of a midrange product, offering good quality at a great price. At just R799, it’s a steal. You’d be hard-pressed to find a lineup of gaming peripherals for under a grand. And it doesn’t hurt being a fairly solid in terms of quality as well.

Syntech provided the sample products to Fortress of Solitude for the purposes of this review.

The SparkFox Player Pack has great value for money. It includes all the basics you’d need to kick-start your gaming, as well as enhance other areas.