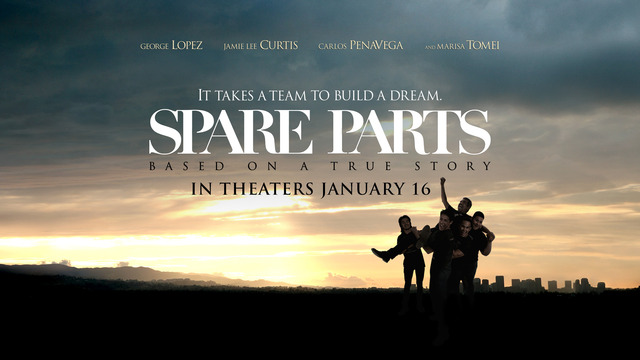 The theatrical release poster for Spare Parts told me everything I needed to know about this film and summed up all my feelings about it after I watched it. Go, take a look now. Its banality and lack of inspiration masquerading as Disney-esque belief in the power of human endeavour overcoming all obstacles is an insult to the true-life story of this film, and the larger social issues it addresses. Also, it just looks lazy. [dropcap]B[/dropcap]ased on the story of a lower-economic school and the group of Hispanic students there who entered a robotics competition and defeated even MIT, Spare Parts reduces this rather charming story down to yet another “who has the biggest problems going on in their life” melodrama event. From the teacher guiding them, Fredi Cameron (George Lopez, doing fairly well I suppose in this dramatic role) to team leader Oscar Vazquez (Carlos PennVega) everybody in this film is wracked by private family and personal problems that only the power of teamwork and robot building can overcome.

The large issue facing the characters, as it did in real life, is that they are mostly all undocumented immigrants who live in constant fear of being deported along with their families if discovered. This very real fear for the characters is nice to see in a film of this nature, but the problem at the end of it seems to be that the robotic contest and teambuilding of it seem almost superfluous to the film as a whole. The film prefers to wallow in beating down as many of the characters as possible so that when they are given a sudden win at the end, we can all feel a little bit warmer and fuzzier about the real hardships people like these characters go through, even though no real comment is made on the causes or solutions to the problem in question. Just warm fuzzy feelings for all.

Spare Parts is a very basic, low tier overcoming-the-odds underdog movie. It doesn’t do anything better that we haven’t seen before, and I just found it boring most of the time. Not a recommended picture unless you really, truly have nothing better to do. 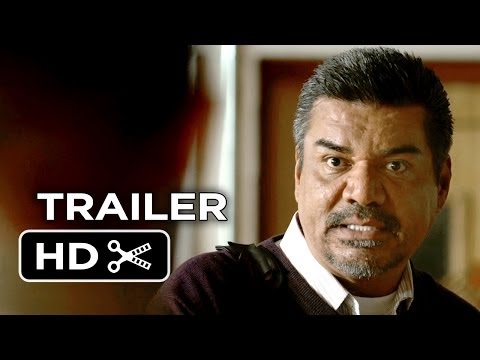