The Space Between Us DVD Review – A Bag Of Clichés 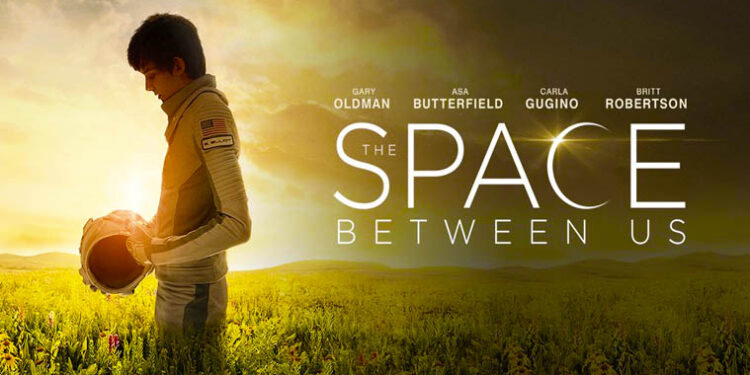 The Space Between Us should have a 16 age rating on the front cover. However, it shouldn’t be there because you must be 16 to watch this film, it should rather indicate that this film should not be watched by anyone OVER the age of 16. It’ll be safer for everyone involved and will help us older folk maintain our sanity when this comes on, as we will now have a legitimate excuse to leave the room.

The film doesn’t just reach into a bag of clichés, it appointed a committee to decide which clichés could be obtained at the lowest possible price and then stole a few more scripts and welded it together into a picture that hopes to blind you with tears so much that you don’t think about how none of it really makes good sense at all. Nice try The Space Between Us, but I’m onto you.

The plot, such as it is, features Gardner (Butterfield), the first human born on Mars, who was raised there after his colonising mother died in childbirth. He establishes a long distance relationship with Tulsa (Robertson), a teenage girl. Naturally, they are destined to be. When an opportunity presents itself to visit Earth, Gardner grabs it and sneaks off to be with Tulsa. But, shock horror, his Martian-adapted body is not suited to live on Earth and he is slowly dying. The two teens set off to find Gardner’s real father, who he has never met.

The Mars element of the plot is easily disposable and largely features to try and steal the zeitgeist of our times. The only part of it that is memorable is Gary Oldman as a Richard Branson-like space coloniser. In practice, however, the Mars angle is simply to include two old worn out hats for the characters to wear: the first, the “true loves separated by coming from different worlds;” and the second, “the true loves are separated by the fact that the one will die soon, despite how handsome they continue to look.” You could mix and match multiple elements that generate the same effect here. The point, of course, I realise is that it is not simply enough that the characters fall in love and have challenges to face as we all do in real life, the problems they face must be so desperately weepy that we somehow love them more and wish we could experience “authentic” love like this, despite the fact that it was generated at committee by a Hollywood script team eager for their next cocaine and doughnut break in 15 minutes.

As you may tell, I didn’t like The Space Between Us. I am, of course, not the demographic, but I watch many things outside of my demographic and I enjoy a good romance movie. But the romance here is so false and stilted and so contrived that I cannot dive in in any way except with cynicism. The two leads seem to be “destined twu luvs” only because the movie wants us to think that they are both teenagers who are “more real” than other teenagers. Ones who are “different”. It’s amazing how all teens are “not like other teens”.

At least Romeo and Juliet has some irony in its themes. And it was written 400 hundred years ago. This movie has no excuse. The people who liked this one already saw it a million times and are probably already busy writing Space Between Us fan fiction and poetry on their tumblr accounts, so they’ll never read this.

Everyone else, just avoid it.