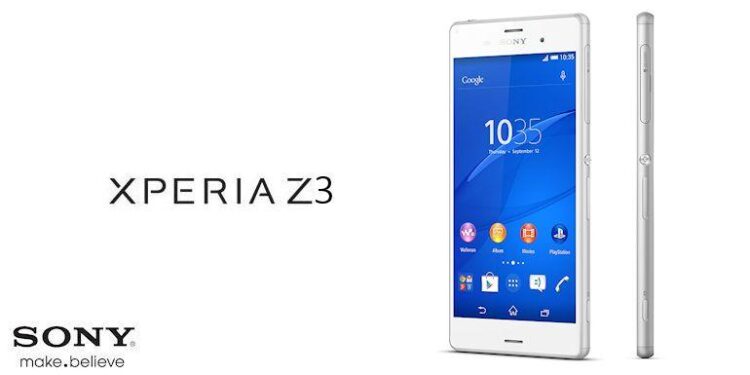 It wasn’t but a few months ago we were reviewing the Sony Xperia Z2. Less than five months ago, in fact. This has been the trend for Sony since releasing the original Xperia Z in January 2013. Just 18 months in and we’re already on the fourth instalment of the OEM’s flagship smartphone.

A short while after releasing the Xperia Z3, Sony went on record predicting that it expects major losses, mainly due to its mobile division. This has meant that Sony has revised its mobile strategy, which will focus more on higher-end devices, such as the Z3, with not as many, if any, mid-range devices in its upcoming catalogue. This places extra pressure on the company in making the Z3 a success. To start things off, we take a look at the differences, and similarities, between the Z3 and the, previous, Z2 in terms of the build and design. At first glance, the frame doesn’t seem at all far off from the design of the Z2. Upon closer inspection, however, Sony has made small changes and adjustments to the overall look, most likely just as a simple distinction between the two. The end result, then, is a device that 0.9mm thinner and 11g lighter. The Z2 has a squared, aluminium frame, which has rounded corners and edges. While the same is observed on the Z3, Sony goes a little further with the general roundness by having rounded sides, this time with a matte, metal finish.

In regards the button and port placing, again, there is little difference between the two. A quick round-up: the front-facing stereo speakers, closed-lid ports and rear-facing camera in the same locations, along with the water and dust-resistant certificate, now IP68 (over the IP58 certificate on the Z2). While the Xperia Z smartphone range have a single design template, they’re aren’t identical to the point of laziness. The evolution from the original through to the Z3 has been slight, but, as with Samsung’s Galaxy S range, there is enough change to show progression, while keeping the same feel its customers have come to love.

While it may appear to becoming a repetitive theme in this review, and in the hope of not sounding like a broken record, the similarities between the Z3 and Z2 continue into the hardware specifications as well. Sony has fitted the same screen (5.2” with a 1080x1920px Triluminos display at 424ppi, powered by Sony’s X-Reality Engine), rear- and front-facing cameras (20.7MP and 2.2MP), and 3GB RAM. To be honest, although these specifications are the same, there are no qualms to be found in any. The Triluminos display is still amazing to view, and if you’re still not familiar with the technology, you can view Sony’s video explanation here. []

On the surface, the chipset also appears to be the same, but there is a small change…very small. The Z2 was fitted with a Qualcomm MSM8974AB Snapdragon 801 chipset, which was powered by a Quad-core 2.5GHz Krait 400 CPU and Adreno 330 GPU. The Z3, on the hand, is fitted with a Qualcomm MSM8974AC Snapdragon 801 chipset, but still powered by a Quad-core 2.5GHz Krait 400 CPU and Adreno 330 GPU. If you failed to spot the difference, it’s as simple as a change in one letter, MSM8974AB vs. MSM8974AC. While the output remains the pretty much the same, it is better optimised to achieve better results. This optimisation also filters down to the battery, so much so that Sony could fit a battery with less capacity by 100mAh, now 3100mAh, and still produce much better results. After a few tests, the Z3 was able to scrape an additional three to four hours of battery life from the unit, while keeping operating temperatures lower as well, an issue that plagued the previous Z2. The Xperia Z3 is the first smartphone available able to integrate with the PlayStation 4. The device includes the “PlayStation” app, which allows users to connect to the DualShock 4 controller via Bluetooth, and to the actual PS4 via Wi-Fi using your Sony profile. This, then, gives you the capability of remote playing any of your PS4-owned games on your mobile by means of the controller. Positioning your smartphone, however, needs some adjusting to stay upright at the correct angle for the duration of your game-time (that’s if you don’t own the device holder accessory).

This integration has been promised for quite some time now, and has finally come into fruition. What this allows avid gamers to do is continue playing their current PS4 games, while their TVs are currently occupied by their family. If you playing the game on your standard display, though, the Z3 can double up as an extra display showing additional screens, such as inventory, where games support this feature. With Sony’s declaration that it would focus more efforts on its gaming platform, PlayStation, this is a clear, and welcome, drive toward better integration between its products. The Sony Xperia Z3 is an excellent device in its own right, making small, but effective, changes atop of the Xperia Z2 released earlier this year. The Z3 packs a lot of the same technology we’re familiar with from the Z2, although everything does feel better in the end. I would imagine that a significant firmware update on the Z2 would be able to extract additional life from the previous flagship device, which wouldn’t necessarily require an update to the Z3. With Android 5.0 Lollipop soon to be coming to most of Sony’s previous devices, with all former flagships included, it would appear that such an update is already on the cards.The design as well, builds upon that of the Z2, but is similar enough not to warrantee a change.

These facts leave me in a bit of a quandary in suggesting what would be the best way forward in terms of user selection, especially if you already own a Z2. I will admit that I enjoyed the Z3 a lot more than the Z2, mainly due to the fact that the battery lasted much longer, while operating at a lower temperature, which doesn’t make using it for long periods of time uncomfortable. What I will say is that if you do already have a Z2, you may already be waiting on the Z4 before making the jump, but with Sony’s admission to slow down development for its mobile arm, there may be a revised roll-out strategy. At the same time, with both the Z2 and Z3 receiving the Android updates soon, I’d wait on that to do another comparison between performance and optimum usage. If, however, you don’t already own a Z2, or any similar Sony device, the Z3 falls within my top devices for 2014, on performance and close-to-vanilla-based Android build alone.