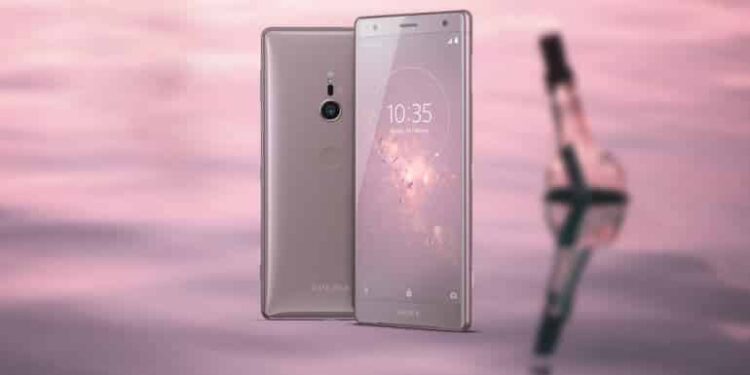 A few months ago, we reviewed the Sony Xperia XZ1 a few weeks before its successor was due to be unveiled at the Mobile World Congress in Barcelona. While the XZ1 was released on the shores of South Africa quite late into the game, it was, in fact, a 2017 release, thus making the Sony Xperia XZ2 the company’s first flagship release of the year. As with many of its predecessors, the XZ2 is an important release for Sony Mobile, who have been seasonal underdogs, seemingly pussyfooting their way through each of their so-called flagship releases.

Although Sony never dominated the market since their separation from Ericsson with the release of the first Xperia smartphone in 2012, they were considered giants of the industry, especially when it came to changing up the standard rectangle design with their Omnibalance approach. Sony promised the world a major shakeup for the mobile business when it comes to the devices they would be releasing starting with the XZ2 at the MWC 2018. The company packed quite a few additional specs into the latest device, making it alluring on paper. But how does it fair in the real-world test? For those, like me, who’ve been hoping for a change in design from their half-decade old philosophy, Sony has delivered quite a beautifully assembled unit. The frame is built from different materials, which features glass front and back panels, with an aluminium frame on the edges holding the device together, creating a shiny, yet waterproof chassis. It’s clear that Sony wanted to rid itself of the square-edged design, with almost all aspects of the design featuring some form of curvature, from the corners to the side edges and the entire rear. The unit’s glossy black finish is quite a sight to behold and only spoiled by means of your own fingerprints when in use. It isn’t as bad as witnessed on many other glass and aluminium devices, and isn’t all that hard to wipe clean either.

There is, however, one issue that’s quite a strange one. Because of the curvature on the rear, in conjunction with its glossy finish, the unit has a hard time staying in place when not in your pocket. Even when the device is placed on a flat surface, it somehow manages to find its way to one of the corners, almost as if we’re on the journey of the Lemming heading for the cliffs. And when I use the term “flat surface”, I mean it. While you’re able to keep it steady on the table, the peace is broken whenever you receive a message, causing the phone to vibrate and start its journey.

Sony has, however, done a good job of consumer engagement when it comes to previous flaws on the XZ1, such as having the power and volume buttons too close together. The volume rocker, while still on the same side as the power button, is much smaller, and much higher up, and won’t ever be confused for the power button, or vice versa. Sony has also separated the fingerprint sensor from the power button, as per popular consensus, but I don’t believe this was the correct move. I’ll be the first to admit that combining the two features had caused some problems, having specifically highlighted it in a review when it was first introduced a few years back, especially if all you wanted to do was check a notification and not unlock your device. However, the solution I had offered up was in the form of a double screen tap notification view, similar to what I’ve enjoyed on the LG smartphones. In addition to the inclusion of a new fingerprint sensor on the rear, it isn’t quite positioned perfectly, just slightly below the natural position of holding your device in one hand, thumb on the power button, and index finger on the rear, now directly resting on the camera lens, instead of the fingerprint sensor. Nothing a simple arch in your finger can’t fix, but not the most efficient placement. Thankfully, Sony hasn’t gotten rid of the dedicated camera button, which I still find very useful and still scratching my head as to why it isn’t available on other devices, which use double taps on power buttons or volume rockers to get the job done. The nice thing about it too is that it aids taking photos, as well as making selfies quite a lot simpler than having to wiggle your index finger free to click on screen.

One other design feature of the XZ2 lies within the phone itself, in the form of the haptic feedback from the vibration of the phone. Sony’s new vibration named the ‘Dynamic Vibration System’, is a new way of allocating vibrations to your daily usage, from receiving notifications to how you play games. There are four intensity settings to choose from, so you can turn it down if you’re not a fan. It works similar to the vibration within the PlayStation Dual-Shock controller, bringing games to life while you’re playing. It’s a really great feature, which is aided by the ability to increase or decrease the setting. Where there is an issue, however, is that it also aids the runaway phone discussed earlier.

Oh, and one last thing about the new Xperia design, you’ll want to get your hands on a pair of wireless headphones or earphones, as Sony has removed the 3.5mm auxiliary port for those audiophiles who still require a physical connection. Given that it has become easier to find wireless earphones lately, with costs almost identical to that of standard wired versions, the only reason I see most other OEMs don’t drop their ports is to showcase how much different they are from Apple, and not just a bunch of copycats. Sony has always been developing their own display panels, opting to compete in the market using its own in-house IPS panels, rather than outsourcing the requirement to other competing manufacturers. Sony has also steered clear of the notch effect on the screen as seen since the release of the Apple iPhone X. The end result is additional real estate and, for those with OCD, a much cleaner look. The company has also switched to an 18:9 aspect ratio, which has become the industry standard in the last two years, while also supporting HDR standards to view images taken on the device’s camera, which has offered the feature even before the display allowed the capability.

The XZ2 has a 5.7″ IPS LCD capacitive touchscreen, which has a 76.1% screen-to-body ratio. This isn’t bad at all when you consider the edge-to-edge of the Samsung Galaxy S9 has 83.6%. The resolution, however, is somewhat down on the leading competition, sporting a 1080x2160px pixel count, at 424ppi density. For most smartphone users out there, however, the difference between its 1080x2160px and the 1440x2960px offered on the S9 will be indiscernible.

One of the standout features on most of the Xperia devices has been its colour palette, offering its own colour engine and gamut. The display features include the new HDR BT.2020 compliance, the Sony standard Triluminos display, and X-Reality Engine. In addition to this, Sony has also included a number of colour options and sliders to set up the device’s colour balance just the way you’d like it. The company has never lacked when it comes to providing great panels with good balance and vivid colours to your liking. Before getting to the details on the device’s performance, here’s a quick look at the specification of the Xperia XZ2. These include a Qualcomm SDM845 Snapdragon 845 chipset consisting of an Octa-core (4×2.7 GHz Kryo 385 Gold & 4×1.7 GHz Kryo 385 Silver) CPU, alongside the Adreno 630 GPU. The unit also includes 64GB internal storage, as well as a choice of 4 or 6GB RAM.

With the list of specs, the XZ2 was always going to deliver good results. That should be a given in this day and age. Smartphones have moved beyond throwing high specs at a problem hoping for a solution, but rather additional features and services to build a better eco-system. During my use of the phone over a couple of weeks, there weren’t any flaws, glitches and stutters to speak of when in use, even under heavy load testing.

Sony has always delivered a close-as-possible version of Android OS on its smartphone. While its predecessors had near-vanilla build of Android installed, the version of 8.0 on the XZ2 has seemingly taken the opposite approach, adding some of Sony’s own applications for apps already available, such as email, music player, and even a contacts app. Often times this means a duplicate app or two on the device. Still, the rest of the firmware build is pretty lightweight, which leads to additional performance gains that make it snappy and crisp.

The unit is fitted with a 3180mAh battery, which quite big, but still nowhere near the biggest in the industry. The battery is easily capable of surviving a full day’s usage, and then a little extra. For low-intensity usage, I was able to extend the battery life across two days. Under heavier usage, it still makes it through the day. The XZ2 sports a single lens 19MP camera, which includes a f/2.0, 25mm, 1/2.3″, 1.22µm aperture, gyro EIS, predictive phase detection and laser autofocus, LED flash, and check quality. The camera also supports geo-tagging, touch focus, face/smile detection, panorama, and HDR. With many other OEMs sporting fancy new cameras, dual and triple lens offerings, the single lens camera fitted to the rear may seem out of place in the modern market, but delivers a solid performance across all tests.

The camera produced great snaps of scenery, with beautifully coloured blue skies and brightly coloured flowers and the likes. At times, however, there seems to be more influence placed on colouring of different objects, most likely as a result of the main focus area and algorithms in place. This isn’t a major issue, however, as the colour differences aren’t all that much when you aren’t comparing them to another smartphone image of the same scenery. With the addition of HDR support the images look great. The unit’s video capabilities include 2160p@30fps, 1080p@30/60fps, and 1080p@960fps. Sony has upped their game with the Sony Xperia XZ2 in all respects over their previous smartphones in recent years. The problem with this is that while Sony has increased their offering, it has only managed to catch up to the smartphones offerings while offering nothing in terms of a unique feature to make it stand out from the crowd. One thing Sony has addressed with the release of the XZ2 is its availability. Last year’s Xperia smartphones were oftentimes available in limited quantities or through exclusive deals with specific operators, which limited its reach in the market. The XZ2, thankfully, is available through Vodacom, MTN and Telkom for mobile operators, and a wider choice of retailers across the country.

If you’re a long-time fan of the brand, the XZ2 is the perfect upgrade over any previous smartphone from the Xperia range. At a price of R13,499 (RRP), the unit isn’t cheap, but outprices most of its competition. In addition to this, the range of features and performances makes it a good purchase for anyone in the market.