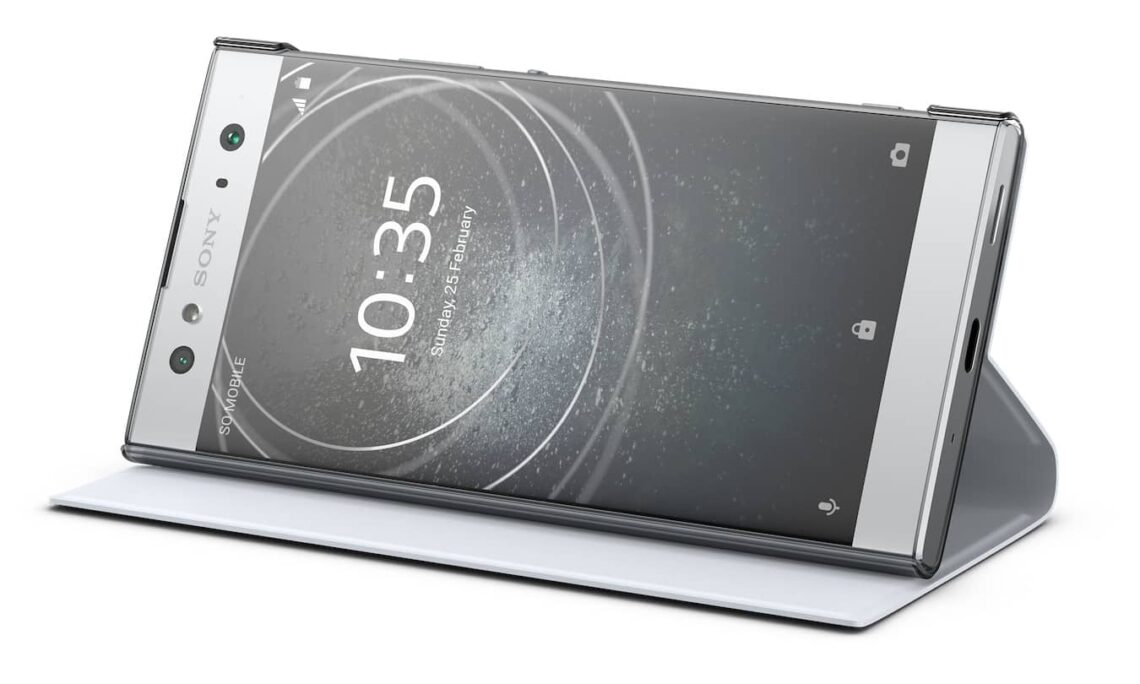 Sony hasn’t had the best of runs in recent years when it comes to their Xperia phones. When the company first released its first omnibalance design with the Xperia Z some five years ago, things were on the up for their mobile division. The irony here is that it’s the lack of progression in design away from the omnibalance look that has seemed to have affected sales, with many of the releases featuring good specifications along with one or two market firsts. A lack of critical features and novel ideas in terms of the software and user experience has also hurt, despite their near vanilla build of Android.

The Xperia XZ1, the company’s previous flagship smartphone, delivered a few good features, the standout being their super slow-motion video capture. Coupled with a good market price, it may have had the makings of a good alternate choice away from the likes of Samsung, Apple and Huawei, which may now belong to Nokia after an impressive return in 2017. A few weeks ago, Sony introduced their latest lineup of Xperia devices, which, thankfully, sported a slight variant in terms of the design. While it still remains very much an Xperia device in that sense, the improvements are clearly noticeable at first glance. Having received the new Sony Xperia XA2 Ultra for review, the question remains as to whether it does enough under the hood to really shake things up for Sony.

In late 2017, Sony promised it would be redesigning its upcoming flagship devices in 2018, which said a lot about their goals to changing the opinion of the brand. That said, they haven’t quite gone as far as throwing away the mould. The XA2 Ultra, however, isn’t considered one of those flagship devices. As we await the South African launch of the Xperia XZ2 devices later this month, the midrange XA2 Ultra sees a few subtle changes over last year’s lineup. You’ll no doubt have noticed the sheer size of the beast, measuring 163x80x9.5mm and weighing 221g. That’s bigger than the Galaxy S9+ in all aspects. That means you won’t easily be able to use in one hand.

Unlike the S9+, the unit still has the remnants of the old design with the slightly large bezels and sharp corners, although not as sharp as before. The has a smooth aluminium frame, which is finished with a matte plastic rear. The camera is fitted to the top centre of the rear, with the fingerprint sensor slightly below it as a matching sized circle. If there’s one aspect of the Xperia devices I’ve always appreciated, it was the dedicated camera button. While other devices allow you to double tap buttons to open the camera by reassigning the function in the software, there’s something about the point and click nature of the button that I’d like to see featured on more devices. Although that might just be my opinion. Unfortunately, Sony has removed the water and dust resistant IP rating, which isn’t the biggest loss by any means. Overall, while there are some improvements to the look and feel, it’s not enough to spark any life, and all seems rather drab. However, I’ll remind you again that this is a midrange device, so we shouldn’t really be expected anything significant. 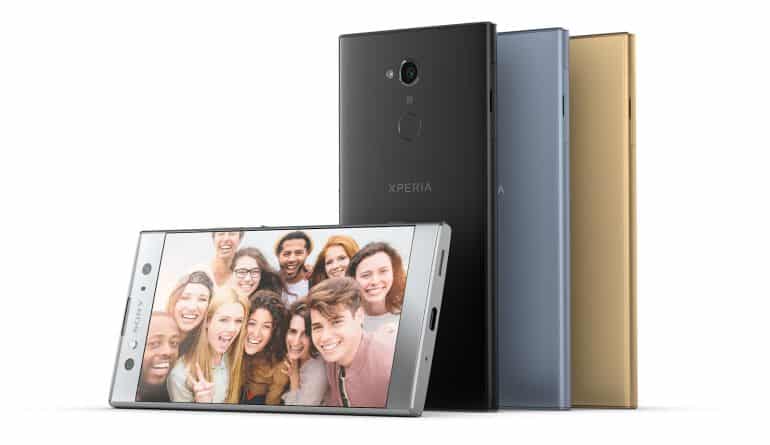 The biggest feature of the XA2 Ultra is the big screen the unit sports. At 6 inches, the device is already large, which isn’t ideal when you have large bezels to contend with. The Samsung Galaxy S9+ and Note 8, as well as a few other Huawei and Xiaomi devices, all sport bigger screens on a smaller frame, which says a lot about the design features. That said, Sony has managed to push the screen up against the left and right edges, so it somewhat softens the blow with the larger than normal top and bottom bezels. The screen sports a 1080x1920px resolution display, which may seem down on the above-mentioned devices, but isn’t bad at all. It’s also worth noting that not many other midrange devices with a 6″ screen offer the same kind of resolution, so that’s a big plus for the device.

The LCD IPS panel produces a decent colour palette, but won’t match the AMOLED displays. You’ll still be able to enjoy your favourite YouTube and Netflix shows, as well as your daily consumption of gaming with most users not overly concerned about pixelation and the likes. Oddly enough, those large bezels sometimes do come in handy when you’re trying to watch your shows while holding the device in both hands. That said, the more keen-eyed amongst us will be able to spot some of the tinting, blue in this case. While you are able to do some adjustments in the settings, it won’t remove it completely. But that’s fine. Unlike myself, who has to go looking for such minute errors, most users wouldn’t be bothered. The brightness of the display is also something worth noting, which outshines many of the other midrange devices. 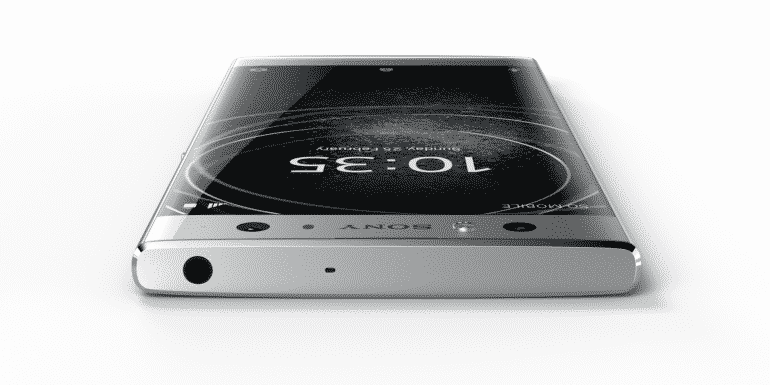 There’s not a lot to write home about in this segment, mostly because the performances are quite tame with an average list of hardware specifications. Average in a sense of hitting the middle ground, not in so much as to it being unreasonably bad. The unit has a Qualcomm Snapdragon 630 chipset, which has an Octa-core 2.2GHz Cortex-A53 CPU, Adreno 508 GPU, 4GB RAM, and your choice between 32GB and 64GB internal storage. Putting the unit through its paces reveals a capable handset, but seems a bit sluggish on a few harder tasks, as well as a few resource-intensive games.

Sony has done a lot to deliver a more vanilla experience of Android to its fanbase, but it feels a lot blander than that of the Nexus build releases for Android. At this point, the OS does a lot more damage to the overall user experience than uplift it. Users will need to find a good balance of useful apps and themes to bring out the most from the XA2 Ultra, which shouldn’t be the onus of the owner to achieve.

Given the 1080p resolution on the display, the unit won’t be consuming additional resources in that regard, which saves a bit on battery overall. The 3,580mAh battery provides ample power to support a full day’s worth of usage, and a little bit extra, even for the heavier users. On a few occasions over a weekend, I was able to last almost the whole of a Saturday and Sunday before needing to recharge. That’s quite impressive.

Another of the interesting aspects of the XA2 Ultra is the use of dual lens technology. While this has become the norm of late (now pushing up to three lenses), it isn’t as widespread in the lower levels of the smartphone industry. The odd thing with this setup, however, is that the dual lens cameras are fitted to the front of the device, with a 16 and 8MP sensors. The rear, however, makes use of a single 23MP sensor.

The front-facing cameras offer a few interesting features, which it does really well. These include the change of perspectives after the photo has been taken, as well as a 120° field of view for group selfies, as shown in the example below. The image quality on the dual-lens camera is really good, providing a strong contrast and sharp images. It’s not the most colourful of images, but it gets the job done nicely. Unfortunately, the dual-camera capabilities cannot be used for bokeh effects, which is quite a shame, since you the rear-facing camera doesn’t support it either. The front-facing camera also includes a flash, which makes for really good selfies in lower lit areas, something you don’t find on many devices. You will, however, need to do a few photo edits, as the flash creates a few weird shadows and effects on and around the eyes during the flash photography.

The rear-facing camera sports a f/2.0 aperture, a decent-sized 1/2.3in sensor, phase-detect autofocus and a single-tone LED flash. The overall performances of the rear camera are great, especially with HDR enabled. However, the results are only replicated during good lighting and sunshine and quickly fades in lower lit scenarios.

Despite the “Ultra” moniker, the Sony Xperia XA2 Ultra smartphone is, in fact, a midrange device. If there was such a category, it would be more precise to label it as an upper-midrange unit. With an RRP of R7,999 for the 32GB variant, the unit is half the price of many high-end smartphones. There are a few deals floating around that see the device being priced around the R7,000, although I would have preferred a price closer in the range of R6,000 to make the device really worthwhile. For most users shopping in this category, the balance between affordability and features is key, and shipping a unit close to the R10,000 mark may lose you quite a lot of market share, even if the feature setbacks the pricing.

Overall, the Sony Xperia XA2 Ultra delivered a mixed bag of goods, average and below par on certain aspects, while delivering a few decent features such as the front-facing camera and battery life. If these are key features for your next midrange smartphone purchase, the XA2 Ultra may just be what you’re looking for.