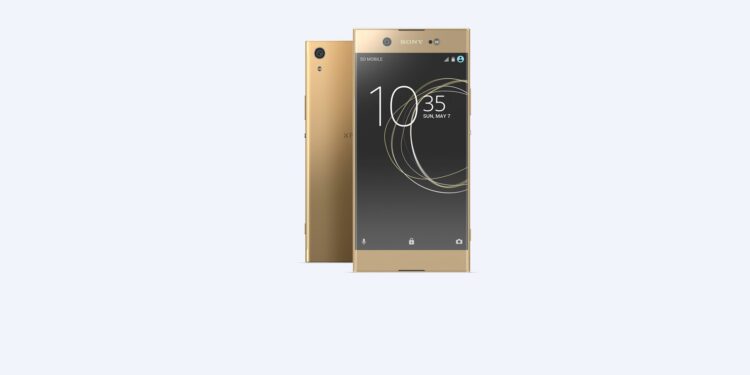 Sony hasn’t really set the world alight when it comes to their range of smartphones in 2016. It’s no secret that they struggled somewhat to keep the pace and styling we’ve seen from leading manufacturers over the past year. At this year’s MWC in Barcelona, the company had the opportunity to set things right but, again, delivered a mixed bag of goods. Their really bizarre naming conventions, which has only confused more consumers, played right into the hands of their rivals. One of the standout devices from 2016 was the Xperia XA Ultra, a 6″ phablet that was aimed specifically at niche crowds. The 2017 variant of the phablet, the Sony Xperia XA1 Ultra, once again uses the 6″ frame. Has there been any improvement over the course of 12 months for the company and for the device itself?

With a 6″ screen, you know the first thing anyone will notice is the sheer size of the thing. But, as always, Sony’s design ethos still shines through and is easily identifiable, even more since you’re able to spot it across the room. The design, which Sony has not used for quite a number of years, still looks good. While it may not be as novel as many other designs this year, it still gets the job done. Compared to the Sony Xperia XA Ultra from 2016, the 2017 XA1 Ultra model looks almost identical. There are only a few small changes, although you’ll most likely need official measurements to pick them up. From the dimensions, the XA1 is 1mm taller, identical in width, and 0.3mm thinner. There’s also a welcome reduction in weight, lighter by 14g, which isn’t much on its own but quite significant an improvement overall.

Attempting to use the Sony Xperia XA1 Ultra in one hand is near-impossible for average sized hands. This makes typing a two-hand job. If you’re buying a phablet, however, you pretty much know what you’re getting yourself into, so there shouldn’t be much of a surprise in relation to its size. Sony has included a few nice introductions to make using the device in one hand possible. The first of these is the change in texture on the rear. When compared to the smaller XA1, the Ultra has a lot more grip, providing some level of comfort to its users. The device also has an edge-to-edge screen, which means there isn’t much lost real estate on the sides, maximising your reach across to the other side. The power button on the right side of the device sits at the perfect spot for easy access for my thumb, while the volume rocker is out of reach without re-arranging my grip. Essentially, Sony has reversed the positioning of the power button and volume rocker, which can be appreciated by anyone who will use the device.

Another inclusion in the 2017 upgrade is the Type-C USB port, a must for a modern smartphone as the world slowly transitions between the two USB ports. Overall, Sony has done a good job at keeping the design similar to the original, while improving some of the niggling issues observed in 2016. If there’s one annoyance I have on the device it is the large bezel on the top and bottom.

Already mentioned above, the XA1 Ultra has quite a large screen. At 6″, the device is among the largest screens on the market. The screen is the XA1’s claim to fame, so it has to be great.

The good news first, is that it is. In fact, the screen looks a lot better than some of the screens on the flagship devices, which is quite bizarre. Compared to the smaller XA1, the Ultra has a 1080p resolution display as opposed to just 720p. Even better, the brightness and colour reproduction outshine many of the other devices from the Xperia range for 2017, a welcome surprise. It does, however, at times, seem a little oversaturated. Thankfully, after some fine-tuning, you can overcome this issue from the settings menu. If there’s one aspect of the device that can’t be adjusted it is the blacks, which aren’t as deep as it should be, mostly as a result of the increased brightness of the screen. Still, this is a small price to pay for quite a good-looking screen on a mid-level smartphone.

In terms of the performances from the Sony Xperia XA1 Ultra, it delivers a bit of a mixed bag. The overall computing power is down a little, not too surprising given the lower-powered CPU. There have been a few gains between the XA Ultra and XA1 Ultra. The unit is fitted with the more affordable MediaTek MT6757 Helio P20 chip which has an octa-core CPU with 4×2.3GHz Cortex-A53 and 4×1.6GHz Cortex-A53. The unit has the Mali-T880MP2U, 32GB internal storage and 4GB RAM. While the specs look fairly reasonable, it doesn’t perform well under heavy stress or multiple loads and tends to stutter quite a bit under increased load. For normal usage though, the device performed without any issues and was able to complete its tasks.

Where the device does shine is the battery life. While the device is only fitted with a 2,700mAh battery, its capable of eking out a full day’s usage without any concerns. Given the size of the screen, I would’ve assumed there’d be more room to pack a few more mAh under the hood, but that wasn’t the case. I would imagine that with a 3,500mAh battery could’ve pushed it toward a two-day usage between charges. Still, the battery is reasonably good.