In a world of larger screen sizes, phablets and tablets, there seems to be less room for the sub-5″ smartphone these days, especially in the Android landscape. Sony are one of the few remaining manufacturers from the leading pack to still offer a compact variant of their flagship range without compromising on quality and performance. The Sony Xperia X Compact looks to take up the baton from the previous compact smartphone, the Xperia Z5 Compact.

While many other manufacturers offer compact versions of their flagship smartphones, Sony is one of the only OEMs to offer their compact version with almost comparable specifications. That alone makes the Xperia X Compact much more appealing than its counterparts. The question is still out on whether there is still room for compact smartphones in an ever growing market, with Sony already struggling to keep up sales with its largest competitors. There’s also the point of the matter of how good the phone is in itself. Having already found the Xperia X, from which it has been cloned in miniature form, as average, how does the Compact stack up against its larger counterpart?

While small in stature by comparison, the unboxing of the Compact proved far more positive than the original, looking more like a glossy, glass tile, than a smartphone. Off the bat it felt good in hand. It had a snug fit in my palm, almost as if I had turned into a giant overnight. I can’t go as far as to say it’s a good-looking device, but the glossy finish does make it appear as such. While the back isn’t glass, the plastic does mimic the appearance thereof, although a much more fingerprint prone version. Having closed my eyes and rotated the device in my hand to see if I could pick up any significant differences between the back and front of the device, the only thing that stood out was that the glass portion felt slightly cooler to touch.

Despite how good it feels to touch, there’s something a little off about the design of the Compact. Its glossy black finish is spread across the entire device, and apart from the silver-coloured power button, you’re almost looking a shiny rectangular block with no standout features. There aren’t any major curvatures on the device either as we’ve seen on so many of Sony’s omni-balance design. While I do understand that it can’t be a thin as the standard Xperia X due to its reduced size and needing to fit in the same specifications, what I don’t get is why it’s thicker than the Z5 Compact. Being on par would be the minimum requirement from the newer device, which isn’t the case here.

Then there’s the additional annoyance for most fans of the Sony smartphone brand, in its lack of an IP68 waterproof rating. The Xperia XZ, then, the only X-series smartphone to offer any form of waterproofing. The device does feel more durable that many of the Xperia devices of 2016, mostly thanks to the largely plastic finish. Again, as with the Z5 Compact, Sony have failed to add the fingerprint reader to the US version, but thankfully that’s not the case for the version shipped to South Africa. The ports and button layout remain similar, if not identical to the Z5 Compact, and even the Xperia X.

Overall, the design delivers a few hits and misses. With elements such as build quality and feel in hand being rather impressive, looks and design don’t quite match up. The Compact has a 4.6″ screen, which seems small in comparison to most modern day standards, but still larger than my first smartphone, the 4″ Samsung Galaxy S, but significantly smaller than my second driver, the 5.7″ Galaxy Note 4. Coupled with the reduced screen size is a reduced resolution, 720x1280px, at 319ppi pixel density. This is the same resolution as on the Z5 Compact, but interestingly a slightly reduced pixel density. The two devices were released a year apart from one another, although there seems to be little improvement thus far.

The saving grace here is that the screen is quite a good one, thanks to its Triluminos display and X-Reality Engine. The colours are vibrant, with deep blacks and bright display. There’s the added bonus that Sony’s smartphones have adjustable colours and palettes, allowing you to fine tune the overall look of the image. Viewing angles are also quite good, along with direct sunlight quality. On its own, the picture looks really good, and you’ll most likely only notice where the screen is lacking once compared side by side to 4K resolutions and colour reproduction.

Once again the Xperia X Compact delivers a mixed bag of goods when it comes to the specifications and performance of the hardware. It’s both worse and better than the Z5 at the same time. Starting with the Qualcomm chipset, its a newer Snapdragon 650, although it’s down two cores from the Snapdragon 810 fitted to the Z5, an Octo-Core vs a Hexa-Core. Thankfully, the Snapdragon 650 has two ARM Cortex-A72 cores, which actually deliver more power and efficiency over the Quad-Core Cortex-A57 used in the 810 chipset. When compared head to head, the 810 still wins out due to the multitasking and performance of throwing more cores at it, but the 650 does well enough to compete, while still being a lot more efficient. With the update in OS, the X Compact is even more efficient overall.

The other specs include bumped up RAM, from 2GB to 3GB, and Adreno 510 GPU. Like with the Z5 Compact, the X Compact features a 2,700mAh battery, but the latter delivers a lot more in terms of battery life in comparison. The more efficient CPU and OS are big components of the increased battery performance. The X Compact is able to last a full day with moderate to heavy usage, which includes reading emails, making calls, and playing a few games in between.

Once again, Sony haven’t changed much with the Compact’s hardware, fitting the same 23MP camera. There are, however, a few slight improvements, which include 5x optical zoom, Exmor R sensor (over the Exmor RS), 5-axis image stabilisation, and HDR mode. The Exmor R delivers better low-light imagery over the RS, but doesn’t include 4K video recording as on the Z5 Compact.

As with most Sony smartphones, and cameras as well, the X Compact delivers very detailed and brightly coloured photos, even when using the auto mode settings. Users can fine tune the settings for a more professional shot via the manual settings, which deliver much better results. It does take some getting used to, however, as you’ll consistently have to adjust the settings for almost every shot in slightly different conditions. It may just be best to leave it in auto mode and have decent results across the board. I’m not a fan of selfies, nor using the front-facing camera for anything, but the camera fitted here has an Exmor R sensor for its 5MP snaps, with an aperture of f/2.4, which delivers quite decent results once again. While the rear-facing Exmor R takes very good low-light images, the front-facing version does not. Better get out that extra light for your selfie close-up.

I’ve had difficulties in the past with Sony’s camera app, but they’ve managed to tweak it enough across the range of X-series smartphones, and is quite easy to use, even switching between different modes and cameras. I’m a big fan of the dedicated camera button, and unlike the IP68 rating, which has been dropped, there’s still room and reason enough for the button. While many people tend to focus on hardware in the form of specifications, power, battery life and camera quality, I feel that there should be a lot more emphasis placed on software. For me, this is often the game changer, as most performance, battery and camera results are fairly on par these days, especially among flagship devices. The X Compact runs on Android 6.0 Marshmallow, despite its release after Nougat has been available for a short time longer than it. Still, Sony has always delivered a near vanilla version of Android, which most other OEMs have been forced to adopt of late, making it lightweight and easy to use. You still have a few Sony bloatware apps, which are especially useful if you own a PlayStation. There are some annoying additional bloatware apps on the Vodacom version I received, which I do find quite annoying, even if I were a Vodacom subscriber.

One of the nice features I enjoy on the Sony firmware is its integration with Google Now, much like Samsung and Flipboard. I won’t go as far as to consider myself a Google fanboy, but I use quite a lot of apps in the ecosystem, one of which is the feed and cards on Google Now, which makes it all the more useful when it’s just a simple swipe away from the homescreen.

The Sony Xperia X Compact isn’t a flagship device, nor is it even on par with the Xperia X on which it is based. This then makes it more of a mid-range device, with a price tag closer to upper mid-range. With an RRP of R10,499.00 (or R8,755 at Vodacom), the unit isn’t the most affordable around. Although it delivers a mixed bad of results across the hardware performances, it does well enough on the camera and software front. If you’re in the market for a smartphone that doesn’t require as much real estate as modern devices, the X Compact may just be your best bet, especially in the South African market. You won’t be disappointed in the unit if you do decide to purchase one, even at the cost. 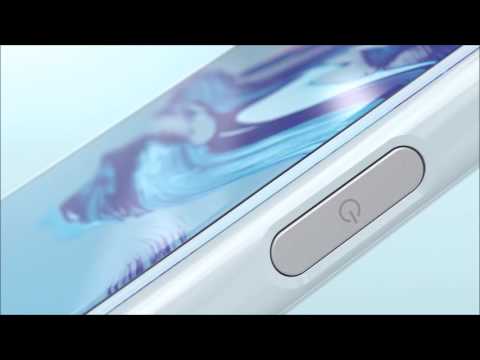