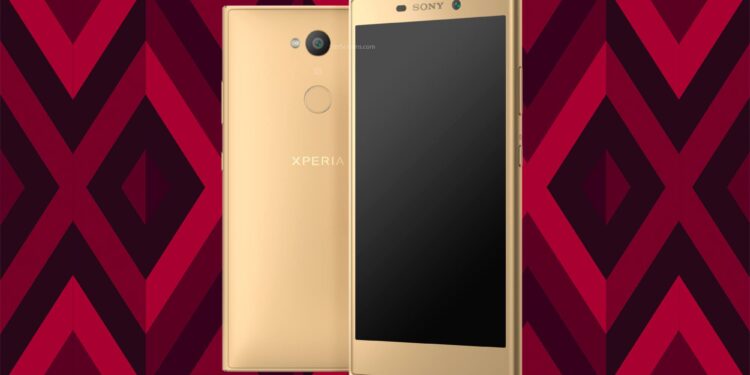 The competition for the lower budget smartphones is far from a walk in the park. As the number of devices and new OEMs enter the market, even in South Africa, the average consumer will find it more and more difficult to choose the best choice for them. For most, a suitable camera is all that’s required, coupled with a decent price point. But when you consider the number of challengers and imposters to leading OEM’s offerings, pricing seems to be misleading, offering customers the world, and delivering very little. Sony has had its fair share of budget and mid-range smartphones in the market over the years, and with the Sony Xperia L2, the company hopes to regain some traction in this segment. Sony’s low budget and midrange smartphones always had a spin-off design from their flagship devices’ Omnibalance approach. The Xperia L2 follows this trend, despite Sony having unveiled its new line of flagship devices with a new design approach. The unit has right-angled corners and large bezels on the front. The device is heavily laden with plastic, with a thicker than average, 9.8mm, thickness and much heavier weight than most of its competition. At 178g, the L2 is quite heavy by any means, putting it in the category of a phablet rather than that of an average-build smartphone, even at its price point. To put it into perspective, the L2 weighs as much as the Samsung Galaxy S9+ and the metal and glass rich, Apple iPhone X. And that is the only time you’ll ever find a comparison between the L2 and such, high-end flagship devices.

As mentioned previously, the L2 has a fairly large bezel, both on the top and bottom of the front face. The top bezel makes room for the Sony logo, as well as the front-facing camera and other sensors. The bottom, however, offers no such additions and is simply a large and unused blank space. On the right side of the device, you’ll find the power button at the centre, with the volume rocker slightly above that. These buttons are well-spaced and easily accessible with the thumb, making it easy to hold and use with one hand. The top left-hand side of the device houses the SIM and microSD card tray, which can be opened by means of your fingernail. On the top, you’ll find a 3.5mm auxiliary jack, with a microUSB charging port along with a loudspeaker opening at the bottom of the device. There’s also a fingerprint sensor fitted below the camera on the rear.

Overall, the Xperia L2 doesn’t set the world alight with its ageing design. With a largely plastic build, chunky finish and large bezel front face, the L2 is a long way from challenging any of its competitors in the looks department. When compared to most of its competitors, the L2 has one of the bigger screens available on the market at 5.5″, with only a handful other attempting to go bigger. The reason being is that there will always be a trade off when it comes to sporting larger screens without being able to back it up with a matching resolution, preferably 1080p and up. That said, the L2 sports a 720x1280px resolution with a 267ppi pixel density. The screen also has a 71.3% screen-to-body ratio, as a result of the large bezels, as mentioned previously. While the 720p resolution is matched by its 5″ competition, there’s not much noticeable deviation in pixelation on the larger screened L2. This is favourable for the Sony device.

The IPS panel is protected with Gorilla Glass 4 and has a good colour reproduction. It does, however, suffer a bit in terms of overall brightness, which is especially bad when trying to view in direct sunlight. The light sensor is also quite slow to adjust, something I haven’t picked up in most modern smartphones, which is a conundrum as to why that’s the case on the L2. Turning the brightness to its full setting doesn’t do much to alleviate the issues, with most still persisting. With the brightness setting on high in that case, it makes it even more crucial for the automatic adjustment to function optimally, which it doesn’t.

When it comes to the performance rating of the Xperia L2, there’s a lot to consider. Firstly, there are the comparisons against its predecessor. Then comes the difference in benchmark tests on single and multicore performances when compared to its rivals. But let’s first confirm the specifications of the hardware: the L2 sports a MediaTek MT6737T chipset, which has a Quad-core 1.5GHz Cortex-A53 CPU and runs a Mali-T720MP2, alongside 3GB RAM. Compared to last year’s variant, the L2 sports a slightly updated variant of the chipset, which ekes out 0.05GHz extra per core. (There are most likely a few other changes that affect performance, such as consumption and the likes, which aren’t listed). The “T” at the end of the chipset number plays a significant role, in that it signifies the overclocked version, which produces better results overall compared to the non-overclocked version. There’s also the addition of an extra gigabyte of RAM over the L1. The end results indicate quite a marked improvement between the two benchmark tests, but the verdict is still out on whether it’s worth an outright upgrade from the L1 to the L2 simply on performance results.

Comparing the results of the benchmarks tests again its rivals produces varying results. For the single core scores, the L2 outshines most of its closest competitors, more specifically, a direct comparison between the three most recent budget smartphones reviewed on FoS in the same price category, the Xiaomi Redmi 4X, Nokia 3 and Hisense Infinity F24. The difference between a 1.5GHz CPU over that of a 1.4GHz CPU is evident. The good news, however, is shortlived, as the multi-core tests reveal a much different story. The MediaTek chipset only offers a Quad-core build, whereas the Redmi 4X features an Octa-Core CPU. Bigger, then, is better. And by some margin.

When in use, the L2 provides sufficient performances, with little to no jitter or lag. For your everyday tasks, the L2 breezes through all the tests thrown at it. In the graphics department, there is somewhat of a dip in performance, especially on the more graphics intensive units, which at times becomes unplayable. Settings have to be turned down for most games that feature this option, which then delivers adequate performances.

The L2 improves on the battery capacity available on the 2017 Sony Xperia L1, switching from 2,620mAh to 3,300mAh in the end. With the L1 sporting the same 720p resolution display, and the L2 sporting a later version of the same chipset, the L2 comfortably beats out its brother in terms of the battery test. When performing most of the comparison tests and benchmarks, the Xperia L2 beat the competition in most tests, which included a 90-minute video with settings and brightness at maximum levels, Wi-Fi downloads, etc. Compared then with the three rivals in question, the L2 outperforms them in every aspect of the battery test. This, then, is where Sony exceeds.

The Xperia L2 sports a 13MP camera on the rear, which features a 1/3.06″ sensor behind a f/2.0 aperture lens. Again, as with the previous comparison, most of the specifications are similar across the four devices in question, with only the Nokia 3 sporting a lower resolution 8MP rear camera, but at a slightly lower price point. In terms of the specifications, there’s very little to separate these devices on, and has to be decided on the actual photo results (which can be affected by the software component from each). For a device labelled with the Sony moniker, the overall image quality of the camera is poor. There’s no great level of detail in the shot, for which compression results in a blurring of some important detail. Compared to its rivals, the L2 delivers results slightly below par, but not by much. Camera quality, then, is not where all is won or lost.

In terms of the software available, the Xperia L2 runs on Android 7.1.1. Nougat. Even with a release date of January 2018, Sony has pre-installed an older version of Android on the unit, with a security patch dated to early December 2017. Not all budget smartphones have received their Oreo updates in 2018, with only Nokia doing well enough on this front, as they have done with all their other Android devices. When it comes to Sony’s own UI, it remains relatively intact across all devices, irrespective of what version of Android the device runs. There are also quite a number of Sony stalwarts in the included apps department, which includes Album, Music, and Video, the key to Sony’s differentiating factor in terms of Audio and Visual experience. There’s also a Themes app, which offers numerous paid and free themes for the L2, as it does for all other Xperia devices as well.

The Sony Xperia L2 provides a number of improvements over its L1 predecessor, but not enough to warrant a package upgrade when considering your options. That said, there are a number of other budget and even midrange smartphones that you might consider before opting for the L2, most of which offer a better price point, for which the L2 has a retail value of R3,499. When it comes to overall performances, the L2 is only able to beat out its rivals when it comes to battery life, putting a real question mark the device.