Sony have launched quite a number of flagship smartphones over the past year or two. In addition, Sony also launched a pair of budget smartphones in 2013, which went relatively unnoticed in any tech space. The brace in question, the Xperia C and Xperia M, were not even sold in most global markets, which would have us questioning why they even saw the light of day to begin with. The company has now gone and released another budget smartphone in the shadow of the previously released Xperia Z1 Compact. The Xperia E1 may be labelled as a budget smartphone, but Sony have been busy in the media, marketing is as a “best smartphone in its class.” We take a closer look at the diminutive smartphone to establish whether it covers all the basics.

While many of the flagship smartphones will be punting chrome and faux leather finishes, the Sony Xperia E1 appears to lend its design to something out of an old text book. The plastic build feels cheap and scratchy, as if something from a kid’s toy store, while the internals seem to be rattling around on the inside with the slightest of shakes. At the same time, the device is compact and lightweight, and slips into your pocket without too much disturbance. The E1 weighs in at 120g compared to that of the Z1’s 170g. Even on a thrifty design budget, Sony has still kept its signature Xperia look about the E1 with the overall shape and button positions. The only difference here is that the Xperia E1 is built as a portable music player, so it’s fitted with a dedicated Walkman™ button on top of the handset.

Compared to many of the other budget smartphones within the same pricing bracket, the Xperia E1 does not do much in presenting a strong case for itself in terms of its design and build quality. In fact, there are many sub-R1000 phones on the market that feel better in hand than what we have here. It may seem harsh, but there’s no excuse for the overall lack of quality in terms of the type of plastic being used. The Xperia E1 is fitted with a 4” screen with a 480x800px, 233ppi WVGA display. Viewing angles on the display are limited, the picture and font quality isn’t as crisp, while the colour palette seems washed out, even when attempting to adjust the colours. The limited functionality in this build of the Android OS means that there isn’t much in the way of customisation. Sony have, however, added the automatic brightness setting, which often tends to be missing on many other budget smartphones. While the build quality may be poor, the display is an even weaker aspect of the E1’s features.

So what does the “most powerful smartphone processor in its class” have that you may want? The Xperia E1 sports the updated version of Qualcomm’s Snapdragon 200 chipset with a Dual-Core 1.2GHz Cortex-A7 CPU and Adreno 302 GPU. On occasion, companies tend to oversell their products with carefully chosen catch phrases for marketing. Sony has done well for itself in marketing the E1 as the most powerful smartphone in its class, according to price point. There is a lot of truth in this statement, not only based on specs, but actual performance. While many budget smartphone tend to take an eternity to process even basic tasks, the Xperia E1 handles even the more resource intensive apps with relative ease. The E1, however, lacks in RAM, only availing 512MB to the user. Shipping with Android 4.3 doesn’t help matters all that much, as 4.4 KitKat is more adept at running the OS on even the most basic of memory. Sony has revealed plans to update in the new future, something of interest to owners and potential buyers.

There’s almost no need to mention the camera, a lowly 3MP unit. To make matters worse, there is no secondary, front-facing camera, nor a flash. While many of the features available on the camera app is derived straight from its siblings, the app itself takes longer than usual to run once opened. In some cases, the app crashes before it has loaded, which causes some concern, since it takes away some of the shine from its snappy processor, which handles all other tasks with reasonable ease.

The Xperia E1 comes standard with a 1750mAh removable battery. Removable batteries haven’t been part of the Sony vocabulary in some time, having started a trend of submersible devices. Although the battery may seem to lack the staying power of the 3000mAh battery fitted to the Xperia Z1, paired with the lower-powered Dual-Core processor of the E1 and much smaller display size, the longevity of each charge is something to admire. Talk time is indicated as 8 hours, which falls somewhere way below par. This isn’t of too much interested, though, as in standby mode the device peaks at around 500 hours. Add to that the automatic power-saving modes, and you could stretch the battery out for a week or two in idle. This isn’t of much use in the end. Listening to music, on the other hand, produces pleasant results as well, being able to continually play music in the background longer than you’re able to stay awake. In short, you should be able to get through a full day on a single charge, whether you’re talking excessively, or simply listening to music.

Multimedia has been something that has been pushed by Sony for quite a while. Sony owns distribution rights to both music and movie content. The screen may not be entirely suitable to watching movies for an extending period, but the E1 does have an appeal for music lovers. The dedicated Walkman™ button launches the app by means of a long press, while a quick press plays and pauses the music in the background. The app itself offers quite a lot to the end user in terms of settings and customisation. The Sony Xperia E1 is available for just under R2,000, which qualifies it as a budget smartphone, although it throws up a mixed bag of goods for the end user to enjoy, or despise. While it may be marketed as the “best smartphone in its class,” there are a number of feature phones that look better, have a better quality build, and even sport better cameras. That said, there’s not many smartphones out there, if any, that can compete against the performance of the E1, as it produces quick processing for tasks, has an extremely long battery life, and as a small bonus, throws in the dedicated Walkman™ button for quick music access. The Xperia E1 is not for everyone, or for many in fact, but it does have something for those who aren’t flustered by looks, or the need to snap a photo at every opportunity. 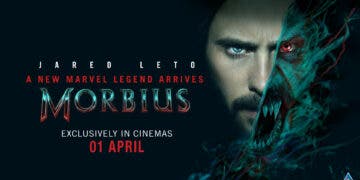