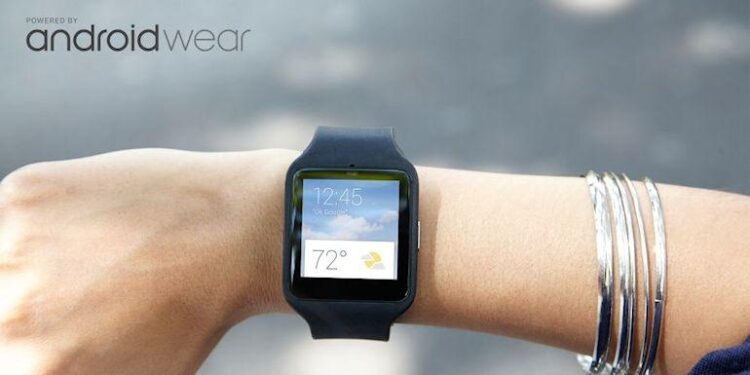 Smartwatches are no longer a novelty item that consumers buy just because it was included in some or other deal added to the main smartphone package. There are quite a number of players in this market as well, with the likes of LG and Motorola also offering their own takes on the smartwatch alongside the more known brands like Apple, Samsung and Sony. Sony is one of the longest serving members from the consortium of smartphone manufacturers in this space, and as its naming convention would suggest, is already on their third generation. Is the Sony Smartwatch 3, then, the turning point for smartwatches as a whole? As with the previous iterations of the Sony Smartwatch, as well as many of the other first-generation smartwatches, the Smartwatch 3 (codename SMR50) continues Sony’s trend of having a squared face look. Over the past six months, many other brands have explored options with circular faces, such as the Moto 360 and LG G Watch R, both of which were met with good reviews in terms of its design. When coupled with the standard rubber strap approach, into which the main unit is housed, you’re left with something that screams fitness smartwatch. It isn’t hard for anyone to notice the SMR50, along with the typical response of “is it worth it?” While there are some additional strap options to choose from, only the black and lime green were available at the start, which could then be swapped out for a more premium look.

If you’re looking to replace your current watch with any new smartwatch, you’d expect a level of sleekness and options to match you taste. This, unfortunately, isn’t what you can expect from the SMR50. When switching from your daily work and home attire to something a lot more formal, you may want reach for a watch that better accentuates your suit. The SMR50 isn’t what you’d consider lightweight either, and although it gets the job done when going for a jog or participating in any sporting activity, it isn’t something you can easily forget is on your wrist. Unlike many other watches, users wouldn’t find it particular easy going to bed with the watch still strapped to their wrists.

On a more positive note, the device is fully waterproof, which means you don’t have to take it off with the few of damaging the innards. This means that you’re able to go for a swim, wash dishes, and even take a shower without having to remove it. Because this is a smartwatch, you will have to charge it by means of a microUSB port houses on the rear of the unit, hidden behind a rubber flap. Everything seems straightforward at this point, until you actually try plugging in the charger. Because the port is positioned toward the side, it makes it tricky to plug in considering that the strap tends to get in the way. It’s much easier having to remove the main unit from the strap, connecting the charger, and then placing it back into the strap once completed. This may even save you from damaging the flap, which is a real possibility here. The Smartwatch 3 isn’t what you’d consider overly big, but it is big for a watch. The screen measures 1.6” and has a 320x320px resolution display. Although the numbers may not seem to matter at this point, it has a pixel density of 283ppi. This is one of the more clearer display panels for a smartwatch, which makes viewing any messages quite easy, and doesn’t put too much strain on eyes when attempting to read the text on display. The only real let down with the display is that the colour palette appears somewhat washed out, and not as bright as we’ve become accustomed to on our smartphones. This is because Sony has opted for a “transflective” display that allows users to easily view the screen even when under direct sunlight. So at least there’s some method here. There is also an auto-brightness feature that adjusts the display depending on ambient light.

There are a few additions to the display and features that prove useful as well. For starters, the unit has a built-in accelerometer, which turns the display on whenever it picks up movement of your hand towards your view, as you would to check the time. This isn’t always on point as it can take up to a second to display, and also often turns itself on while steering, but it isn’t half bad by any means. Another feature is the dim gesture, by which the display can be dimmed when resting your palm to the face of the unit. The touch sensitivity, again, isn’t comparable to normal smartphones, but isn’t what you’d consider budget either. I never had any issues during the review period when I struggled to swipe to or from any menu option or notification on the display. The Sony SMR50 has a 1.2GHz Quad-core ARM Cortex-A7 CPU built in, along with 512MB RAM. This may seem like overkill for a smartwatch, especially considering that there are a few Android devices out there that don’t have half this processing power. That said, the unit always performs smoothly, with no lag at all. Turning the device on and off is also done within a few seconds. Other computationally heavy tasks such as voice commands also complete within seconds, the only concern there being that it wasn’t always able to detect my voice and what I attempted to search for. The unit is fitted with a 420mAh battery, which Sony says will have a two day battery life. Unlike many other non-factory tests, the SMR50 does actually last an average 48 hours between charges. Although Sony were true to their word here, I found that having to charge it every second day a little annoying, even more so comparing to normal watches that are able to run on batteries for months on end. Still, it does perform a lot better than most other smartwatches in this regard.

Unlike Sony’s other attempts at the smartwatch, the SMR50 uses Google’s Android Wear OS and not Sony’s own propriety software. This means that while this is Sony’s third-generation smartwatch, it shouldn’t truly be judged as such, apart from Sony’s own design and performance decisions. Running the Android Wear OS means that the unit is integrated to most of Google’s own software, such as Play Music and Google Fit, and even apps like Maps, to which users receive vibrations on the watch to mark every turn for example. Although it isn’t integrated into many other Android apps available on Play Store, almost all of the notifications you receive on your handset will be pushed to the watch, some of which can be expanded upon for further reading, but no replies.

The SMR50 has its own built-in GPS, which accurately tracks your movements and steps throughout the day. This is also a welcome addition, as many other smartwatches still require GPS integration from your smartphone to be able to record data correctly. You don’t, then, have to go for a run with both devices. The only issue here is that runners will be limited to apps that support Google Wear integration, with only Google Fit and RunKeeper able to make use of the watch’s GPS tracker. At the same time, it’s worth pointing out that there is no heart-rate monitor built, which an immediate no-go for serious runners.

With Google Wear still in its infancy, it’s difficult to judge the Sony Smartwatch 3 as a complete unit, but rather in stages with potential of what’s to come. That being said, there are some serious concerns about the device that will leave many steering in another direction if they do want to take the smartwatch route. Firstly, there’s the bad design. No one wants a device that you can’t wear or use for all occasions. Then there’s the lack of heart-rate monitor, which then means that the unit isn’t fully geared toward the fitness space. Although there are a few other niggles, nothing really compared to that of the price. At just shy of R3,000, it costs double that of a proper sportsmen’s watch, and not as stylish as many watches in the same price range.

From the initial setup and my expectations of Google Wear, I genuinely wanted the SMR50 to succeed at doing a great job. There’s no denying that the hardware is more than powerful enough to meet the current requirements, but with the potential for a lot more to come from Play Store apps and Google’s Wear OS itself, Sony have definitely considered the future. In its current state, however, it isn’t worth the price, but then again, neither are most other smartwatches.

It is worth pointing out that Sony has a number of other offerings in the smartwatch/smartband space. We’ll be hoping to get our hands on the other units as well to draw a better conclusion and overall picture. 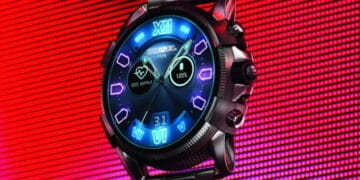 6 Easy Steps to Buy a Watch