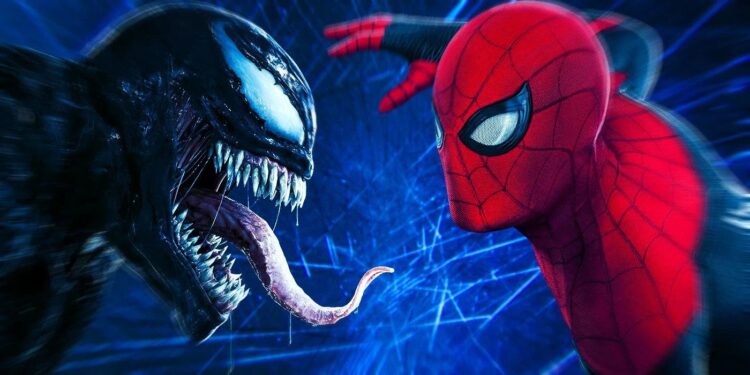 If you don’t want spoilers for Morbius, it’s time to look away now. Gone? Cool. Now, we can have a chat about the post-credits scene and how Michael Keaton’s Vulture sets the foundation for a future Sinister Six movie in Sony’s Spider-Man Universe. This isn’t the first time the studio has tried to do this villainous team-up, but it appears like it might be as disastrous as the initial attempt.

In 2013, Sony announced plans for a Sinister Six film, which was set to be written and directed by Drew Goddard. The end of The Amazing Spider-Man 2 suggested that the group’s line-up would feature Green Goblin, Doctor Octopus, Rhino, Vulture, Mysterio, and Kraven the Hunter. After the not-so-amazing reception of the 2014 Spidey flick and Marvel agreeing on terms to use the Web-Head in the Marvel Cinematic Universe, Sony pumped the brakes on The Sinister Six movie, adopting a wait-and-see approach before fully committing to it.

Well, it’s a good thing that the studio did exactly that, because the initial idea for a Sinister Six movie was terrible. First off, it was meant to be a redemption arc for the bad guys, which would have nullified the purpose of these villains in any future Spider-Man films. Second, and most importantly, it wouldn’t have featured Spider-Man—you know, the person who has been at the centre of all the Sinister Six stories in the comics, video games, and animated shows. Basically, the studio believed it could throw a bunch of rogues onto the screen and the millions (if not billions) would flow…

Suicide Squad was a lesson that Sony didn’t learn from

Why do villainous team-ups in the comics work for the most part? Because they often pit the villains against a hero, but we get to see the action from the rogues’ point-of-view. There’s simply no way that a studio will let a Batman or Superman be the villain of the story in the film, so that the bad guys can get over. Both Suicide Squad films should have taught us this by now.

While the movies have their fans for various reasons, they feel secondary in the grand scheme of things. The stakes weren’t that high, since most people would rather see Batman or the Justice League face off against the Suicide Squad than watching Task Force X fight Starro or Enchantress.

It’s the same for the Sinister Six. Have Spider-Man battle his greatest foes in an earth-shattering movie instead of having them trotting along aimlessly in a meaningless movie.

The Sinister Six already appeared in Spider-Man: No Way Home

Yet, here’s the funny thing: Sony’s initial idea for the Sinister Six happened in a way. In Spider-Man: No Way Home, six villains showed up: Green Goblin, Doctor Octopus, Electro, Sandman, the Lizard, and Venom. (While Venom wasn’t a part of the big battle and didn’t cause chaos, except maybe at the bar, he was still in the universe when it all happened.) Also, the Sinister Six got their redemption arc and were all “saved” before going back to their respective universes.

But the best part of it all? The three Spider-Men were a part of this and it felt like a huge cinema event with real stakes and heart-in-throat moments. At the end of the day, everyone went home happy and Sony made tons of money off the film, so why is the studio still trying to insist on another Sinister Six movie?

As recently as 2018, former Sony exec Amy Pascal told Vanity Fair that there were still plans for a Sinister Six film. ” “I’m just waiting for Drew to be ready to direct it. I would do anything with Drew Goddard. I’m just waiting for him to tell me he wants to.” The fact that Sony has pushed forward with villain-centric showpieces like Morbius and Kraven the Hunter indicates that there’s still a desire to bring all these characters together at some point. And Morbius‘ post-credits scene all but confirmed the intention, too.

The question is, why is this so essential to the studio? Sony’s Spider-Man Universe has worked best when it has embraced the Spider-Verse and its endless possibilities. Not every road needs to lead to a Sinister Six team-up. It is possible for a film to feature just one Spider-Man from the multiverse against one villain and still make it a compelling story. In the immortal words of Gretchen Wieners, Sony needs to stop trying to make fetch happen here because no one is biting.

Tell us, do you think the Sinister Six can work in Sony’s Spider-Man Universe? Let us know your thoughts in the comments section down below.