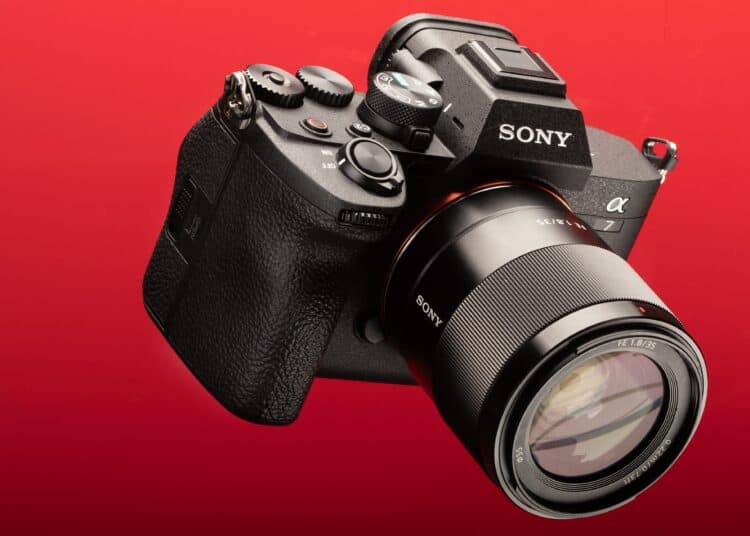 The Sony Alpha range has been one of the standouts when it comes to the world of photography. Having reviewed several across the range of Alpha cameras, I can easily speak on its success. At the end of October 2021, Sony announced the latest iteration of its entry-level camera for the Alpha. The all-new Sony Alpha A7 IV (Sony A7 IV / Alpha 7 IV) was announced.

Go back some two years prior and Sony announced the, then, latest Alpha range, which included the A7R IV. While the camera added improved video and a larger CMOS image sensor, it was priced too high, almost crossing over to the A9 range. For the latest A7 IV camera, Sony has reworked the offering, while at the same time working on keeping costs more respectable.

The old adage, don’t judge a book by its cover works well for the Sony Alpha range. Not in so much that its looks aren’t adequate but rather that almost every camera looks near identical. This is especially true when it comes to the cameras under the same name. Looking back across the Sony Alpha 7 range, you’ll find quite a number of iterations that don’t really change much.

That said, you wouldn’t necessarily expect it to change much either. The design works. It’s a mix of classic, modern and robust, built into a very compact frame. While remaining true to the Alpha design, the Sony A7 IV is crafted from a magnesium alloy. This provides the unit with a reduction in weight, while still maintaining its ruggedness. It’s not the lightest in its category but still comes in at a reasonable 659g.

While the A7 IV looks much like its predecessors, there are a few tweaks. The first of these refinements is that there is now a fully articulated LCD screen. It may not be to everyone’s taste, but it works well. It also goes a long way in terms of usefulness, especially to those using the camera for vlogs and similar. The screen itself is a 3” touchscreen. It may be a bit on the low-res side of things but works really well.

The second notable change is the deeper grip. This has been changed to make it easier to grip when taking photos but isn’t a major overhaul. However, the joystick on the rear is also more refined, making it easier to scroll through the settings menu and through images.

One of the better introductions is the full, Type-A HDMI port. This is great for connecting to a monitor or TV to view the content directly from the camera itself.

In the end, there’s not an awful lot to write home about for the new Sony A7 IV design. It’s more of the same for the Alpha range but that’s not a bad thing. In fact, it does provide some level of comfort for those familiar with the series.

With the updated CMOS sensor, it’s needless to say that there is a marked improvement of the image quality on the Alpha 7 IV over the Alpha 7 III. The 33MP images capture a lot more detail than it did previously. It also enhances the colour reproduction, giving it a more real-world feel.

In addition to this, Sony has also updated its compression software for photos on the device. This means that images are also sharper, not just as a result of the new sensor. At the same time, its anti-aliasing filter brings about a smoother outline to create a softer feel around objects. It’s a real battle between how sharp the image versus how soft the outlines will be.

As mentioned previously, the Alpha 7 IV brings with it HDR support. It’s important to note that you’ll need an HDR-enabled device to best view these images post-shoot. In fact, you won’t be able to properly view the images even when using the LCD screen on the device itself. This is where the HDMI port come in handy.

Before getting to that stage, however, you’ll need to battle the cumbersome settings to get this right. Firstly, if you’re using RAW capture, you’ll need to turn this off, as it’s not supported here. Then, you’ll need to enable HLG still image capture mode. Then, finally, you’ll then enable HEIF files. You’ll then create HLG HEIF images, which include HDR support.

(HEIF is not able to shoot in RAW format on the Sony A7 IV, which is the reason you need to disable it in order to achieve HDR images).

It is all worth it in the end. What you’ll receive is a wider range of colours, tones and lighting options. All of this is to bring about a more natural array of factors for more realistic photos.

Even in 2022, the battery life of your camera is still extremely important. For many, carrying a second battery or backup camera is still the norm when out doing professional shoots.

The Sony Alpha 7 IV uses the same NP-FZ100 battery as the predecessor. With some fine-tuning on the software and other efficiencies, Sony has increased the battery life of the old battery to around 580 shots using the LCD screen and around 520 using the electronic viewfinder.

In the real world, however, you can expect somewhere between 700 and 800 shots, especially when not shooting in RAW format. Battery drain is more common when filming videos and is more than sufficient when taking normal photos.

One of the updated features of the battery is the ability to charge while working. Although it’s not the first we’ve seen this on Sony cameras, it’s a new addition to the A7 range. Thanks to the USB Type-C port, users can use the portable battery to extend the battery life of the A7 IV when they’re running low on a shoot. You can even use this method to shoot without the battery present, allowing you to charge it separately while still continuing your work.

As much as I love the Sony Alpha 7 IV, and all other Alpha cameras for that matter, it always comes at quite the price. Literally. With a cost of R45,999, the A7 is not aimed at new hobbyists or even party photographers. It requires some serious commitment to invest this amount for a camera before you even start to factor in the lenses. This, despite a reduction in price over some of its predecessors.

On the other end, the Sony Alpha A7 IV is an extremely solid camera, literally and figuratively. If produces sharp, natural images. With its HDR support as well, you’ll get more realistic lighting and colours as well. However, HDR is not supported with the RAW format, so you’ll need to disable this prior.

As with all Alpha cameras, the Sony Alpha 7 IV is a great unit. With enhanced 4K video, HDR support and a wave of new features, it produces incredible results on the whole. However, it is immensely let down with the high price point, cutting off the casual and hobbyist photographers from the range.